You are here: Home \ Health \ Science \ Fake Eggs: Made in China
Health
0

Fake Eggs: Made in China

Gone are the days when China sold counterfeit handbags, mobile phones and various other gadgets under the name of popular brands like Louis Vuitton, Apple, Samsung. China has even tried its hands on fake baby formula, water melons and beef. There can be many items on the list we would not even know about. With […]

Gone are the days when China sold counterfeit handbags, mobile phones and various other gadgets under the name of popular brands like Louis Vuitton, Apple, Samsung. China has even tried its hands on fake baby formula, water melons and beef. There can be many items on the list we would not even know about. With China, you never run out of inventions as long as you do not enquire about the quality. These Chinese products have not dominated Chinese markets alone but many other places in Asia. If you ever visit Bangladesh, you can spare yourself a shopping outing in China as you will have access to all its inventions in Bangladesh itself. Now China has taken on to a new obsession and this time it is the eggs. 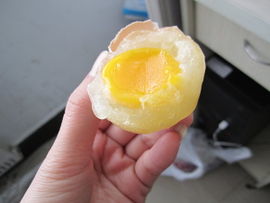 Some say that fake eggs are being manufactured and sold in China since 1990s but the international media attention that it has received is relatively recent. Hopefully, Chinese have made their peace with searching for the true ones from varieties of dummy products having dealt with fake food, fake technology, fake clothing to fake everything, but the phenomenon will be relatively new for Bangladesh. I am not saying that Bangladesh is not used to China’s dummy blessings, it very much is. Bangladesh being pretty much the celebratory dumping ground for China. But it will be new for them in terms of dealing with a crucial product of daily nutrition as its consumers will vary from toddlers to older people. China has already registered instances of nonchalance towards public health as 53,000 babies have been reported to have fallen sick due to China’s fake baby formula. Now it is Bangladesh’s turn to put up a fight for nutrition.

So you will do much good by sharing various links with your Bangladeshi friends, also the link to this very article, to help them recognize a real egg from the fake ones. But as an Indian, you should learn it too as it will not be long before the tainted eggs reach your local markets and your ‘the quest for the truth’ skills might come in handy. For one thing, let me tell you, it is amazingly difficult to differentiate the fake ones from the real eggs or the real ones from the fake eggs. However, primarily the fake eggs are a little shinier on the outside than the real eggs. You can try and touch the eggs, the surface of the fake ones are reported to be rougher than the real eggs. Hold the egg near to your ear and shake it, if it is fake then it will make a noise as the water overflows from the solid. Real eggs give out a raw meat smell. You can even check by tapping the egg lightly, the real ones will make a more crisp sound than the fake ones. Because both the egg yolk and egg white are made up of the same raw material, both the egg white and the yolk will melt shortly after you break the fake egg. And if it is a fake egg that you are frying then both the egg white and egg yolk will spread without you even touching it. I am very sorry to inform you that these are the only less than preferable methods you can use in order to separate your egg from the fake ones and I will agree if you say that they are not even foolproof.

If you are wondering that if there is a fake egg in the market, what is the big deal, then let me answer that question for you. The fake egg which has zero nutritional value and results into a range of health conditions stands to defy all those reasons why you might choose to have an egg in the first place. While calcium carbonate makes up the shell of the fake egg, the egg yolk and egg white are made of sodium alginate, alum, gelatin, eatable calcium chloride coupled with water and food coloring. The egg yolk looks like one only because of the lemon yellow food coloring. They are even reported to have plastic, harmful chemicals and additives. Apart from calcium carbonate, it is the paraffin wax and gypsum powder that makes up the look of the egg shell… which is the very introductory dummy to your world of fake eggs. 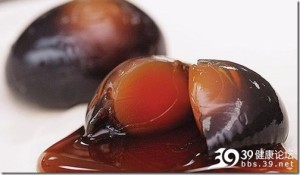 Now to name the adverse effects the fake eggs have on your health metabolism disorder, harms brain and nerve cells, nerve and liver disease, restrains blood production in body etc. Now people who are into the business of making fake eggs have claimed that the fake eggs actually taste better than the real eggs. So if your eggs taste better than usual, do not be glad, go raise your voice in protest. People have made a fortune getting themselves into the business of fake eggs and with their valuable skills; they have invited other keen learners too. All over China, this practice is very much prevalent and is growing every day. You do not even need to go to China to be in awe of ‘how do they do it’, just googling it will be enough. China never fails to surprise the world with its dummy inventions.