The people of this city let alone the entire nation have developed a appetite for luxury and novelty. They live in luxurious villas on man made island shaped palm fronds. They play golf on lush courses that can require up to 4 million gallons of water a day to stay green. And when summer temperatures soar […]

The people of this city let alone the entire nation have developed a appetite for luxury and novelty. They live in luxurious villas on man made island shaped palm fronds. They play golf on lush courses that can require up to 4 million gallons of water a day to stay green. And when summer temperatures soar over 100 degrees, they bundle up in their winter parkas and ski the snowy slopes of an indoor mountain. As a result, the U.A.E. owns the distinction of producing the biggest carbon footprint, per-capita, of any country in the world, according to a recent survey by the World Wildlife Fund. As I have said in my earlier article, a green and clean city can be determined by the techniques they are implementing now even though the people know that the city can’t be turned green.

In that case, Abu dhabi has various signs of reforms along the entire city or at least a vague recognition that someday either the oil will run out or the world will find an alternative source of energy. Abu Dhabi’s response to this reality has been to put up $15 billion in seed money to develop the world’s first carbon neutral, zero-waste city.

Something about Abu Dhabi:

It is the capital and the second most populous city in the United Arab Emirates and also capital of the largest of the UAE’s seven member emirates. Abu Dhabi lies on a T-shaped island jutting into the Persian Gulf from the central western coast. The city proper had a population of 921,000 in 2013. Abu Dhabi is the second most expensive city for expatriate employees in the region, and 67th most expensive city in the world. Fortune magazine and CNN stated in 2007 that Abu Dhabi is the richest city in the world. The city of Abu Dhabi is on the northeastern part of the Persian Gulf in the Arabian Peninsula. It is on an island less than 250 metres (820 ft) from the mainland and is joined to the mainland by the Maqta and Mussafah Bridges. 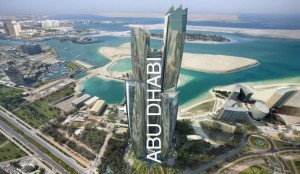 Land cultivation and irrigation for agriculture and forestation over the past decade has increased the size of “green” areas in the emirate to about 5% of the total land area, including parks and roadside plantations. About 1.2% of the total land area is used for agriculture. A small part of the land area is covered by mountains, containing several caves. The coastal area contains pockets of wetland and mangrove colonies. Abu Dhabi also has dozens of islands, mostly small and uninhabited, some of which have been designated as sanctuaries for wildlife. 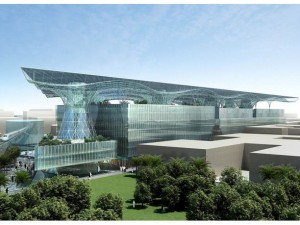 First conceived in 2006, the ambitious plan for Masdar City is rapidly taking shape amid a forest of construction cranes on a sun-scorched desert plain about a 20 minute drive from the center of Abu Dhabi. Masdar City will generate most of its energy from the sun, the wind, recycled waste and whatever else creative technology can come up with. Cars will be banned from its streets, which will be narrow and cooled by the shadows in the traditional manner of a desert habitat. To get around the two square miles of the city, people will rely on an underground system of personal rapid transit pods.

When the project is completed, 40,000 to 50,000 people are expected to live here. They will work for the high-tech energy companies that will be lured to the U.A.E. by the promise of zero taxes and an opportunity to develop their products in a living laboratory. A number of big names have expressed interest. 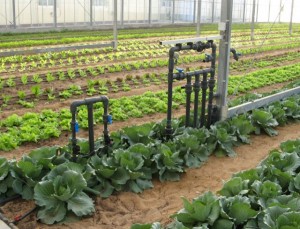 This year, A new irrigation system installed in Abu Dhabi farms has started to save about 46 per cent water. The initiative is relevant because agriculture and related sectors consume about 72 per cent of the total water consumption in the emirate. Groundwater accounts for 94 per cent water consumption in the agriculture sector in the emirate. The UAE plans to introduce the “superfood” quinoa for the first time in the country for human consumption and as animal feed, a top official said. The protein and fibre-rich grain crop has been staple food in South America for thousands of years. 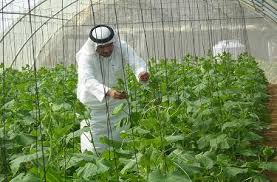 A number of competitions for the farmers are conducted throughout the year to emphasize the importance of agriculture and also to sort out the best agricultural techniques.

Abu Dhabi has plans for building green hospitals all over the city to reduce the carbon footprint of the hospitals. Since they are from the middle east, water is a main problem for them. There are two main sources of water in Abu Dhabi Emirate: Desalinated seawater and groundwater. While groundwater is used for agriculture in Al Ain and Liwa, drinking water is provided almost entirely from desalinated seawater across the Emirate. In 2008, groundwater contributed 71% to total water demand for all purposes, desalinated water 24% and treated waste water 5%.

The sanitation works of abu dhabi also are a treat for the people living there. Approximately 550,000 cubic metres of wastewater is generated in Abu Dhabi every day and treated in 20 wastewater treatment plants. Almost all of the wastewater is being reused to irrigate green spaces. About half of the annual water production from all sources is used for irrigation of green spaces, as well as in agriculture. The other half is used for domestic uses. Freshwater use per capita is about 650 liter per day, including water supplied for the irrigation of green spaces.

In the first decade of the 21st century, the protection of the environment gradually became more important in Abu Dhabi. In 2005 the Emirate created the Environment Department, which established a Strategic Water Master Plan published in 2009. When presenting the Master Plan, the chairman of the Environment Agency said that the future would be very challenging unless action was taken to reduce water consumption, which is among the highest per capita in the world.