A greener way to make cheese

We often don’t realize the amount of environmental damage that we are causing whenever we place a fresh cut of cheddar on the plate or wedge a slice of cheese in between our sandwich. Cheese though vegetarian in nature and seemingly harmless to the environment is actually causing severe pollution to the land and the […]

We often don’t realize the amount of environmental damage that we are causing whenever we place a fresh cut of cheddar on the plate or wedge a slice of cheese in between our sandwich. Cheese though vegetarian in nature and seemingly harmless to the environment is actually causing severe pollution to the land and the waterways. In fact, of late waste from cheese processing plants has been the leading contributor to the pollution of rivers and other water ways. And the threat is growing everyday as our consumption of cheese is ever increasing. So how is cheese polluting the environment anyway? And if the degree of pollution is so serious, isn’t there a greener way to produce cheese? Well this article explores all that and provides you the exact solution for making green cheese. 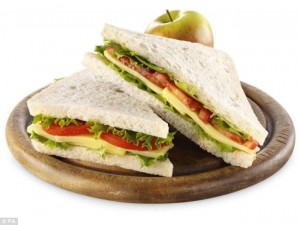 Cheese is made industrially by curdling in which the milk is coagulated into a thick dense, until it separates into two byproducts casein and whey. Of the two by products, the useful product to the cheese making industry is the protein casein which is again processed to form cheese. But the other curdled product – whey, is never actually utilized and often dumped as waste in the sewers, or on land or in other water bodies. Many manufacturers actually believe that since whey is biodegradable it will eventually get dispersed and will not cause any harm to the environment. But that is never the case, whey in it liquid form, rich in nitrogen, phosphorous and proteins, can be highly detrimental to the ecosystem and can lead to oxygen deprivation and ecosystem imbalance, eventually leading to large scale environmental destruction. Now, you might ask, what a little amount of whey can do to the environment. But in industrial production of cheese, the major byproduct is whey and not actually casein. Almost 90 percent of the milk curdles into whey and only 10 percent gets converted to casein. So for instance, if a plant produces one ton of cheese a month, it would have dumped 9000 liters of whey into the rivers. And that is by no means little. 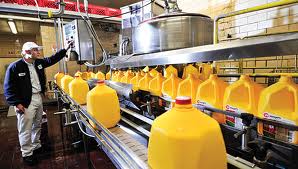 Alternate methods to use up the whey 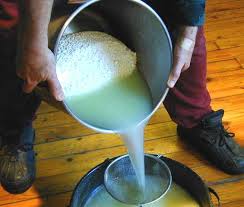 But in recent times, new methods to use up the waste discharges as whey have been proposed and are actually being used by major companies. As whey is rich in proteins and other essential nutrients, it makes up an essential component in most of the sports and health drinks. So there is always one market where the manufacturers can sell the excess whey, and they are doing so quite effectively. But of course in no way the demand of whey is as high as the production of it, so only a small amount of whey produced from cheese plants is used by the nutrition drink industries. The other possible way of putting whey to good use is by using it as hog feed. Apparently pigs love this stuff and actually get healthier absorbing it. But transportation is always a problem and countries like India where pigsties are quite uncommon, the whey has to be exported which can never be practical. Also small scale manufactures can never really afford to bother themselves with such troubles.

An unidentified potential of whey, that was long left unexplored, was found by accident when whey was left to breakdown anaerobically. The anaerobic digestion of whey produces methane that can be effectively utilized to heat the milk boilers in the cheese processing plants or used for producing electricity or even for heating homes and powering CNG powered vehicles. The usage of whey, though still at nascent stage, has real potential and produce effluents that can reused to actually produce clean water. But as the process if quite expensive, most manufacturers are still reluctant to employ it.

The best way to reduce pollution from cheese 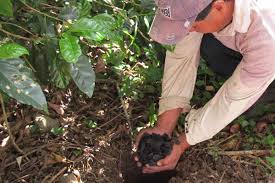 As you can see, the pollution generated from making cheese is quite massive, so the only real way to reduce it down is by not relying on processed cheese and making it at home in small quantities and effectively reduce the massive pollution created from it. To make cheese, all you need is fresh milk (bought from any local store), some yoghurt and rennet, which is commonly available from supermarkets. First heat the milk to 86°F and add the yoghurt to speed the production of the lactic acid. Now add the rennet to the mixture which initiates the process of curdling. After a certain while, you will see the milk forming to thick layers. During this stage cut up the mass into small pieces, mix them well, and heat them to about 102°F. You will see the whey separating out as a watery liquid and the cheese getting formed below. Filter the cheese from the whey and allow it mature. And now for the whey, dry it till it becomes devoid of water and use it as fertilizer in your garden or as a organic fertilizer, as it contains nitrogen and phosphorous, for your farm. So there you have it; the greenest way to have a fulfilling meal and also benefit the environment from it. So go ahead try it and have fun.