These household plants will pave way for better health

There is an old saying in India that goes like “…he went searching all over town for a cure, all the while having herbs in his own backyard.” The green wave that has hit our world due to degradation of quality of our environment may splash against rocks of the outside world, blunting the edges […]

There is an old saying in India that goes like “…he went searching all over town for a cure, all the while having herbs in his own backyard.” The green wave that has hit our world due to degradation of quality of our environment may splash against rocks of the outside world, blunting the edges for a smoother experience, but the greens in our own gardens do have extraordinary powers that can soothe our health in ways which we might not even know about. True to the saying above these backyard battle lords, which are mildly referred to as medicinal herbs, can stem (pun intended) the rough edges of improper health while refreshing our senses too. Below are some of these household plants which  can be grown in your garden, even the one that sits in your balcony:

This plant is commonly grown in Indian households and a version of it known as Holy Basil is even worshipped, going by its traditional name “tulasi”. It is for good reason that it is worshipped though, as its leaves can help with flatulence problem. On the other end, its scented leaves can be eaten raw which helps with betterment of your appetite. Crushing the leaves and applying it as paste over cuts and bruises helps with the healing. Best of all it is available year round so you can pluck the leaves whenever needed. 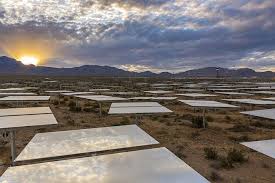 The roots of this plant are grinded into turmeric powder, which is so high in its medicinal value that people have tried to patent it. Used since ancient times as medicine and a colouring agent, not to mention as a beauty treatment, the benefits this one brings to table are numerous. Applying some turmeric powder over cuts will quickly help in clotting the outpouring blood making healing faster. On top of that it has excellent antiseptic abilities thus becoming one the first antiseptic treatment material. It can be used in cooking as it gives a distinct yellowish colour and flavour, and its medicinal qualities are carried over to the inside as well. Its paste has been smeared over skin to gain a natural glow by natural means. All this makes this plant a must have in the house.

A small plant that grows with multiple branches, Bacopa is considered to be the leading agent in improvement of cognitive abilities. Used since ancient times it is known to relieve nervous irritation and agitation, and can bring down anxiety levels. It has significant effect on memory enhancement, aiding retention and is believed to improve learning abilities. Restlessness can be brought down by its use, especially that of children.

The heartleaf moonseed plant is known by many names in many languages, showcasing its widespread use throughout. Also known by the names Giloy or Guduchi, nearly all of its parts have some medical benefit or the other. Growing as a creeper attached to a support, it is accepted as an indispensible tool to support good health. The benefits range from purification of blood, improvement of appetite, reduction of thirst, reduction of blood pressure, etc. Its root extract has been used in ayurvedic treatment of diabetes as well. Aqueous extract of it is also known to boost the immune system of a person. It has also shown to have anti oxidant effects. Adding to the list is its ability to reduce the chances of contracting ailments such as hepatitis and arthritis. It has anti inflammatory properties. This plant can be grown in a variety of soils and under various climatic conditions making its availability easy.

Shanka or shanku means a conch shell and pushpi means flower. The shape of this flower is true to its name and is bluish-white in colour. Another herb in use since ancient times, its primary effect is on the central nervous system. It prevents neuro-toxicity and brings down stress levels. It contains chemical compounds that can help in thinning the blood and possess anti tumour characteristics. Muscle relaxation, pain killing, memory enhancement and intellect improvement accompany the other benefits of this plant. It can also strengthen the immune system, and increase sperm count as well. It is also considered to be an aphrodisiac. 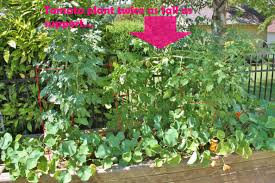 This herb can be grown in some temperate climates and is an annual herb. The flowers and leaves of this plant are edible, finding their way into salads as well. The medicinal properties of this plant include remedy from rheumatisms, cold and bronchitis. Lactating mothers will find its ability to improve breast milk production very useful. Being rich in fatty acids, it can facilitate immune system boost, joint restoration, and healthy skin. Presence of vitamin C points to its anti oxidant properties. It’s also a diuretic, aiding in removal of toxins and excess liquids from the body. Since it’s known to have sedative effects it’s used to treat stress, anxiety and nervousness. Its leaves are crushed and applied to treat insect stings and bites, to help reduce swelling and bring down the boils and rashes. The other good thing is this plant can also be grown in the garden for its ornamental appeal, with colourful flowers adding to the beauty of the space.