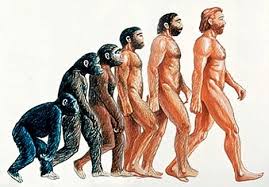 As we all know, the root cause for environmental degradation may be traced to human activities. You all may also understand that the environmental degradation has not occurred overnight, but has grown with this growing population and the progress of civilization. So, in this article, we will discuss about the impact of the growing population and the resource-intensive mode of development on the environment.

Moving on to the overview of human evolution, the earliest form of humans, known as Homo habilis, lived in Southern Africa about 1.6 to 2.2 million years ago. They probably survived mostly by scavenging meat from the bodies of dead animals and gathering and eating wild plants as well as have done some hunting for food too.

They were followed by two other species, Homo erectus and Homo sapiens. Homo erectus lived between 2 to 0.4 million years ago and they developed tools, weapons and fire and learned to cook their food. Whereas Homo Sapiens lived in Europe and the Middle East between 150,000 and 35,000 years ago. It was yet not known, whether they were of the same species or not.

The modern Homo Sapiens evolved 200 thousand years ago and live to date. During most of the time we, like the human species that came before us, have been hunter gatherers, who have developed more sophisticated tools and weapons.

This is the short overview of human revolution and now i want to discuss some of the trends in the use of natural resources. To see where we might be headed and how we can influence our future, it would be useful to learn about how we have used and abused natural resources right from the days of food gathering and hunting.

One of the most significant changes in human history is believe to have begun about 10,000 years ago. Groups of people in several parts of the world began domesticating- herding, taming and breeding- wild game for food, clothing and carrying loads. They also began domesticating selected wild food plants, planting and growing them close to home instead of gathering them from over a large area.

Environment impact on agricultural based societies is getting worst day by day then. The growing population of the emerging civilizations, in order to meet their needs, cut vast areas of forest and grasslands. Such massive land clearing destroyed and degraded the habitats of many forms of plant and animal wildlife, causing and hastening their extinction.

The next major cultural change, the industrial revolution began in England in the mid 1700’s and spread to the United States in the 1800’s. It involved a shift from small scale production of goods by hand to large scale production of foods by machines. But due to this industrial revolution, their falls a huge environmental impact, which now, threatened now, human well beings at all levels, in which some of them are, contamination of soil, damage to forests, degradation of lakes, possible climate change from the atmospheric build up and others too.

Changes in population size and structure are influenced by four components: fertility, mortality, immigration and emigration(migration).

As we all know that population is increasing day by day, and what are the reasons behind it, so we directly move on to the reasons why is it important to limit our numbers. As rapid population growth affects both the overall quality of life and the degree of human suffering in a nation or a region. Of the more than six billion people alive today, too many lack adequate food, water, shelter, education and employment.

So in order to get the best quality of every thing which a human needs to survive, one must have to control on population, so that best quality should be gained by us as well as our all upcoming generations too.

So from this article, what we all get to know is that, The primitive hunter gatherers skilfully manipulated their environment in a way that it would not deplete future supplies and agriculture has a conspicuous impact on the environment. Industrialization surpasses the environmental impacts of permanent agriculture. For most human history, people lived in small groups and population grew exponentially at a slow average rate. Rapid increase in population size has severe effects on the other species  and as a result, our environment is being overused and degraded.

The population growth and environmental destruction that go hand-in hand are prevalent in most developing countries and measures need to be taken to remedy the situation.