Whenever any person come across the word, ‘Nature’ or ‘Environment’, the most common and unanimous imagination is of Greenery, Trees and Plants. Well, but what if the word would appear more in textbooks and less in reality. Yes, there is a possibility, actually reality as with the decreasing rate of trees and greenery, there is […]

Whenever any person come across the word, ‘Nature’ or ‘Environment’, the most common and unanimous imagination is of Greenery, Trees and Plants. Well, but what if the word would appear more in textbooks and less in reality. Yes, there is a possibility, actually reality as with the decreasing rate of trees and greenery, there is a chance that in near future, the land will be left barren and the forests would be finished up after being consumed completely.

There are many reasons for the diminishing rate of greenery and one of them is the use of vehicles. Yes, in a mere 30 years the number of vehicles on the road has quadrupled theoretically and in reality more than that. The bizarre reality check is there are almost 1000 bookings of vehicles in a single day of a Maruti Company. A survey was conducted and by extrapolating it, the graph showed that in few years, on any road, there will be more number of cars than the pedestrians. 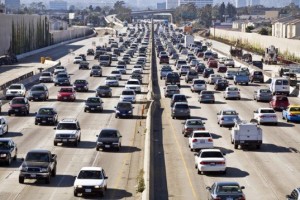 Now, why vehicle? How does it affects the environment? Though it would be futile to reiterate the points, but yes the major drawbacks of using vehicles are ozone layer depletion, increase in greenhouse gases from exhaust, formation of smog and decrease in air and water quality, just because of the gases which are exhausted from the vehicles and released in to the atmosphere. Well, the fossils fuels which at once were considered as the most paramount subject are considered the most malicious and vicious stuff for the environmentalists.

The vehicles running on petrol, diesel and CNG not only produce the harmful gases for environment but are also hugely responsible for bringing an imbalance in the environment of the planet. Well, as there is a substitute for everything in this current world, the substitutes for Destroying-the-environment-vehicles are commonly termed as Hybrid Vehicles.

Hybrid as the name suggests is anything made by combining two different substance or anything. In the current market, hybrid cars which are out in use have two power sources, electric motor and a small combustion engine. Well, the scientists and the car manufacturers were so scrupulous from a way long back that they knew the outcome of the vehicles running on petrol or diesel would be catastrophic in the future and hence they are revamping every possible fuel or utilizing every possible element to be utilized as a fuel for all new kind of vehicles. 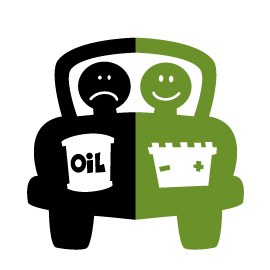 Till now, many feasible designs of vehicles are put forward using different fuels and different ways, namely electric cars have hit the market hard and their production is growing with every day. Then, scientists have found out different types of fuels. Hydrogen gas leads from everyone else and few German companies have already started the production of such cars which were recently showcased in the auto-expo in Germany, then water is supposedly too in the limelight when a team of scientists proposed it as a type of fuel and utilizing it properly could generate the desire power to run a vehicle.

Hybrid cars have gained a lot of popularity and supposedly these eco-friendly vehicles would take over the USA market first and then capture the rest. Toyota and Honda are the leading companies in Hybrid Vehicles but the only major drawback of such vehicles is its charging problem which would be taken care of too soon as new batteries are being introduced which generates more power from fuel cells and using other technology.

By driving a Hybrid Car or an Eco-friendly car, the nature smiles at you as it stops the emission of all the harmful gases like nitrogen-di-oxide, carbon monoxide, sulphur dioxide and other gases which in turn decrease the ozone layer depletion. Hybrid cars reduces the rate of global warming and increase the health aspects of all living organisms. 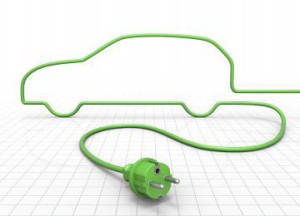 Hybrid vehicles are just a type of Eco-Friendly Vehicles as the other types are Solar Powered Vehicles, Pure Electric Vehicles etc. Although the Hybrid Vehicles have a few years more to capture the entire market, to be completely advanced in technology and to make an eco-friendly environment but still anyone can drive eco-friendly in a Non Eco-friendly car. Yes, with your current vehicle you can do many adjustments and manage it like-
• Maintain high fuel efficiency. Shift gears smoothly and try not to change more gears.
• Share a ride.
• Before turning on the car, turn off AC, heater or radio.
• Take less traffic routes, as driving with not much of gear change saves fuel.
• Make sure to turn off the engine if the stop is for more than a minute.

The notion is simple, vehicle is ours, planet is ours, environment is ours and the fact is we live in the conditions we make. It’s time to go eco-friendly and the best way to do so is to control ourselves with respect to vehicles and driving.