“And he realized that all was lost. Around the walls were lined with dark wood. And it was a desperate John, and suddenly, luckily for him, flashed a light in the distance between the firs. So he went to the side and went to a large clearing in the middle of which the fire burned, illuminating those who […]

“And he realized that all was lost. Around the walls were lined with dark wood. And it was a desperate John, and suddenly, luckily for him, flashed a light in the distance between the firs. So he went to the side and went to a large clearing in the middle of which the fire burned, illuminating those who were sitting by the fire…”

Strange it was the people – tall, thin, and seemed transparent, as the flames that threw up its glow. They circle dances around a campfire and singing penny, quiet and melodious, captivating and somewhat frightening, but what it was, John did not have time to understand, because one of them, the tall and handsome, whose golden hair adorned with a crown, suddenly frowned and told John to come closer. He brought the wine and food, beautiful virgins and young men went back to their hands, heard the sound of the divine song, and John thought that he was in paradise…

When he woke up the next morning, clearing was empty. The sun was beating him in the eyes, the birds were singing deafening. John got up and went to the other side, where, as it seemed, there was a village. Within half an hour, he came out of the woods and saw a familiar field. However, the closer to home, the more surprised. The street was much wider than before, and people dressed as something bizarre, and then glanced at him. Friends he had not met. John was scared and ran, down dale, and he found himself at the cemetery.

There he saw the graves of his parents, who live, healthy and vigorous left yesterday. However, the inscription on the stone reads that his father and mother lived to a very old age and died lonely, abandoned his only son. “Where was I? And now that year? “- Cried John discouraged. Passer-by, turned around, was able to answer only the second question. And John knew that it was not his house more than one night, and for a hundred years. ”

What can I say, we know quite a few stories that mention gaps of time, the transition of the past and the future. All they have in common one thing: a magical place has clear boundaries, but because the hero, falling into another world, crosses a certain line, opens and runs the mysterious Gate. 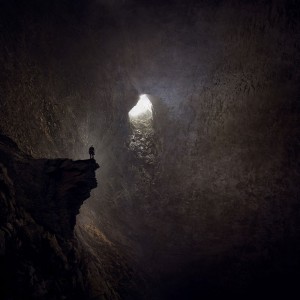 Tale of a lie, so it hint

It is easy, of course, to dismiss the ancient tales that people, by and large, they do. And if you happen something unusual, so it can simply not be noticed. Much of what we hear and see, our brain blocks, not allowing to reflect on what is happening and to remember it. This kind of protection from mental disorders and depression.

But no matter how we try to live in the straight and pragmatic world, we must acknowledge that dissolve in the air people are still there, as there are many other worlds, located in the space parallel to ours and in contact with him as tightly twisted yarns in a plate.

Such phenomena are called spatial transitions – transitions from one reality to another through energy tunnels. Walking on them, sometimes not even noticing the transition, but it – be sure – it is entirely the result of feeling! 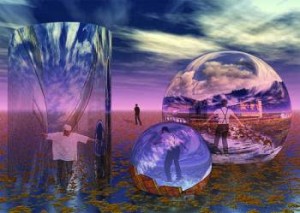 So the path of the tunnel is through the gate, that is, break or crack in the energy space of a single world. So we find ourselves in a passage connecting the worlds or parallel with each other. In the old days here basically walked magicians. And now energy corridors are intended solely for the initiated. However, a simple citizen of curiosity or by negligence may stumble and plunge into history.

Thin line between spaces, and took a step, once you get a completely different reality: another sky, air, earth, and people … You can certainly step in normal time gate, then just go wrong era. And you can open the door and between the two parallels. Our “parallel” neighbours live in roughly this time, as we do.

Calculate the exact coordinates of the desired point of landing is difficult. After all, the number of worlds in the same parallel, or space-time spiral-wiring is enormous. And each world has, in addition to the parallels, some of their own mirror reflections, which, in turn, are connected to the other reflections of parallel worlds. To understand the whole structure of the universe, will have to completely change the consciousness. 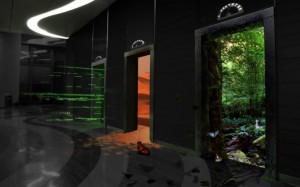 Welcome, or No Trespassing!

In its origin Gate are artificially created and natural. The latter appear as a result of natural disasters and energy or are in places where various sources of energy has long been beaten: this ancient temples and places of power. The people call them perished, bad place.

As to the artificially created passageways, they are normally those who discovered them, to exist until they are used. They are denoted by different labels, but the location is not particularly advertise. To use them efficiently, magicians estimated position of the sun and moon, day, time, year, and even his own physical condition.

Sometimes Gates found in places where, logically, they must not be allowed. It’s either half carved grove, or been cleared for the construction of a wasteland, or a narrow street between the houses. They may appear as a hole in the wall and even located at a certain height. One misstep – and now you are in the village of ancient Celts and return back there – God knows.

The fact remains. According to statistics, every year lost about four thousand men. As a rule, more people disappear in leap years and years that lie at the turn of the centuries. Of course, not all the missing disappeared alien to us in the spaces.

But the bulk of the unresolved – this mushroom pickers, hunters and adventurers. So if one day in the woods or in the swamp you will find standing memoir (long stone vertically dug into the ground), or laid stone labyrinth, think carefully before you make a step forward. After the gate – not only curious door to another reality, but also a great danger to life.

After passing through the gate, you can burn down, flattened or, conversely, to stretch in length. You may encounter with the guardians of the Gate – enhami, one form of which is able to cut the ground you from under his feet. And with them will still have to negotiate, and some require a fee from you for the pass – the question is not the last. 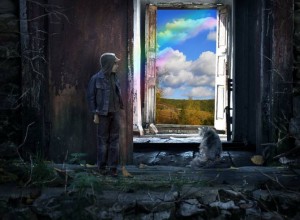 Exist in nature and the phenomenon of wandering zone. The results of their movement are clearly visible in the woods: a long swath, which subsequently grow trees, shrubs, and even grass. It scorched wasteland.

Cross a clearing – it is dangerous, but even more dangerous encounter with a wandering band on the freeway. One or more machines can suddenly disappear, leaving behind even a cloud of exhaust gas. This is explained by the fact that the highway crossed the energy areas open at the moment pass. 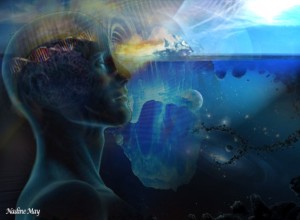 Where are the EXTENSION

The closest relatives of spatio-temporal Gates are astral hole. This is a kind of hole in energoprosloyke between the real, physical world and the astral. And they usually appear in places where energy: above altars, in places of power, and even in the mirrors. Any old murky mirror in fact it may be a little wicket in the astral world.

But here’s to transport large items, and the more people they cannot. Through them, usually small moving essentially smaller animals and insects. Therefore, if you have an apartment there astral hole prepared for a meeting of the poltergeist, domovenka, and even rats or cockroaches, of which will not rebound.

Move from world to world, in addition to the person is only capable of this livestock. Sanepidstantsii employees in this case are powerless and have to be treated like such that is magic.

Instead of an epilogue

Astral hole and spatial Gates open at different parts of our world, regardless of the time of year. Most reasonable to avoid them. But if you horror as you want to travel, observe such rules.

• Never be afraid of what you do not understand: fear and confusion – bad companions in knowledge.

• Try to adjust to their new environment, mimic, honour the charter of the monastery, which inadvertently bestowed.

• Nothing do not be surprised and do not make any sudden gestures. Just watch and analyse.

• Look out there, where there was an entrance.

Have a nice trip!