Landslides and man as the agent of change!

Landslides are among the major hydro geological hazards that affect large parts of India, especially the Himalayas, the North-eastern hill ranges, the western Ghats, the Nilgiris, the Eastern Ghats and the Vindhyas. In the Himalayas alone, one could find landslides of very fame, name and description-big and small, long and short, quick and creeping, ancient […] 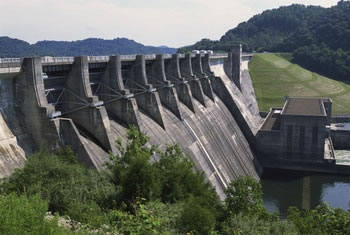 Landslides are among the major hydro geological hazards that affect large parts of India, especially the Himalayas, the North-eastern hill ranges, the western Ghats, the Nilgiris, the Eastern Ghats and the Vindhyas. In the Himalayas alone, one could find landslides of very fame, name and description-big and small, long and short, quick and creeping, ancient and new. 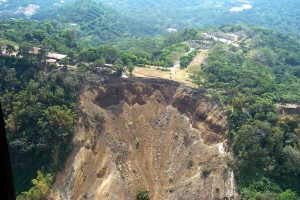 Man as the agent of change

Who is responsible for the alarm in the areas affected by landslides? Let us take the example, The Himalayas. Today these face the greatest danger of of landslides. Himalaya’s immature geology, meandering rivers, snow bodies, climatic conditions, cloudbursts, flash floods, etc., have been there. For centuries, formidable snow avalanches did hurtle down the slopes in the higher Himalaya as they do now.

The real chaos on slopes came when the man entered the scene. Vast areas of western Sikkim, Kamaun, Garhwal, Himachal Pradesh, Kashmir and several other hilly regions fell in axe and were robbed of the protective vegetal cover to less than 30 percent as against twice as much as considered desirable. 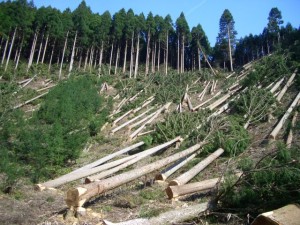 Cutting of trees for fuel and fodder, overgrazing, increased domestic and industrial consumption of timber were chiefly responsible for deforestation. For example, close to the India-Bhutan border near Phuentsholing (Bhutan) and jagoan (India), spurt of human settlements, has increased the number and frequency of landslides, over the period of past few decades. Deforestation did add to the fragile geological environment and adverse climatic conditions to cause degradation of inter bedded quartzite and phyllites. The slopes without vegetation could not be expected to hold soil cover together and widespread erosion was the natural consequence.

Nature takes nearly 1000 years to produce a few centimeters of top soil but destabilizing forces of nature in the mountainous areas wipe away millions of cubic meter in just a single second. The rate of erosion in the catchment area of the Himalayan Rivers has increased five fold in the geological time scale; present rate being upwards of 1 mm per year.
As the pressure of population rapidly grew, more and more of human settlements, roads, dams, tunnels, water reservoirs, towers and other public utilities were added. The network of roads in the Himalayan region is today well over 50000 km. Some of the roads exist even at altitudes as high as 5000 metre surrounded by mountain ranges such as Kanchenjunga (8,586km), Khardung La at 5,600 km is perhaps the highest motor road in the world. 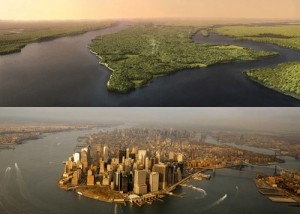 Construction of roads requires imaginative planning and methodical construction but when engineers work against time, they may not even have the basic data on geological formation, topography, drainage pattern, etc and as a result, some of the hill roads begin with landslides as witness to inauguration functions.
Likewise, a number of dams have been built in the Himalaya including the mighty Tehri Dam on river Bhagirathi. 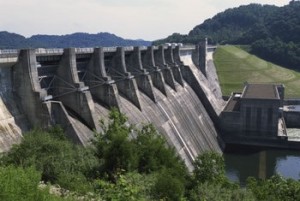 The dam projects over the Ganga and its tributaries in the hills alone exceed two dozen. Such constructions include large-scale deforestation, huge excavations, resettlement problems and consequent threats to life and property. A number of tunnels are also being made. Microwave, TV, Transmission line and other towers are also spread over the hilly areas. Quarrying and mining, have inflicted heavy damages to slopes and to associated environment.

Influxes of tourists into the hilly region have brought about tremendous pressure on land due to construction of new buildings and tourists complexes including aerial ropeways and other utilities. 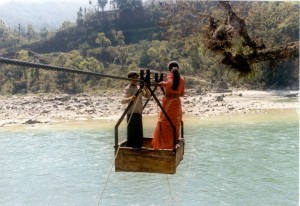 For water storage, underground water tanks are being built without any special instructions or precautions despite considerable bad experience of slope instability from similar tanks, as at Mussorrie in Uttranchal and Shimla in Himachal Pradesh. Some of the constructions are coming up on old landslide masses without adequate pre-treatment and investments on hillside stability, compounding the problem. Our rich cultural heritage and monuments are also under severe threats due to landslides and slope instability.
The time has come when the problem due to landslides should be recognized and Government should ensure that protective measures are taken for any development activity to start in the hilly region.
Hence the idea is to avoid deforestation in any of the following ways:
1) Avoid any sort of paper wastage, which would lead to even more and more deforestation and clearing up land resources that would lead to mass destruction of life and property, due to landslides.
2) Save petroleum and coal.
3) Save all the products that come from forests since they are obtained at the cost of life. Landslides add to the misery that is caused because of clearing forests. The products include rubber, glue, etc.
4) Save timber, wood, which is the product, obtained purely from forests after various stages of forest clearing.