You are here: Home \ Environment \ Light Pollution: What and How?
Environment
0

Light Pollution: What and How?

Are those days a distant memory when we walked under the beautiful sky at night or just simply gazed at the soothing stars? The words “globalization” and “global warming” are moving on parallel paths and are one among the “much talked about” topics. And to compounded to the already well known types of pollution, we […]

Are those days a distant memory when we walked under the beautiful sky at night or just simply gazed at the soothing stars? The words “globalization” and “global warming” are moving on parallel paths and are one among the “much talked about” topics. And to compounded to the already well known types of pollution, we have light pollution now that gets added to the list! 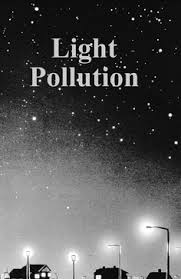 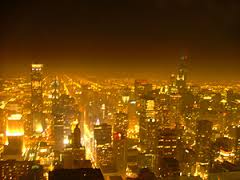 What is this light pollution after all?

Light pollution is nothing but excessive, misdirected and obtrusive light. It basically occurs when artificial light interferes with the night time setting.

For obvious reasons, the sky is clear and full of bright shining stars near the country side when compared to cities where now mostly empty skies can be gazed at. A satellite view at night reveals the light pollution as glowing lights near the urban areas. Light pollution is an unwanted consequence of outdoor lighting which results in sky glow, glare and light trespass. Light trespass is light being cast where it is not needed. For example light being cast by a streetlight or a floodlight into someone’s room while he/she is asleep and make it difficult for him/her to sleep peacefully. Light glare is nothing but objectionable brightness. The example is simple. While driving at night, on an empty street, if we come across a vehicle heading towards us with bright light, it makes it difficult for us to see and increases the chances of accident. 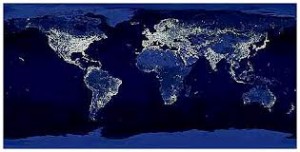 So now the question arises as to what causes this pollution? As the facts and figures proclaim that this pollution is magnified near the urban areas, the roots can also be found here. Light pollution occurs when outdoor lights aimed upwards or sideways get scattered in the atmosphere. The particles present in the atmosphere accelerate this scattering which reflects back to the ground and results in sky glow. Studies affirm that the sources that emit blue light are more responsible for this phenomenon due to greater extent of scattering that takes place. 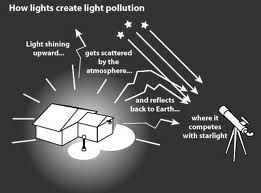 The effects of any pollution are always a deterioration factor for development, growth and most importantly, our mother earth. It acts as a slow poison which destroys the nature completely in the end. 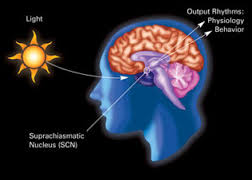 After being well aware of the causes and effects of this pollution it becomes the prime role of every human on this planet to address the problem. To change the situation, it just takes an initiative and a step forward. The change starts from “ME”. Each one of us can contribute in our own small ways to tackle the seemingly large problem.

Although the idea is to eliminate light pollution, there are some areas where it cannot be avoided. The consequences of pollution, however, need not be totally detrimental across all these areas. Four environmental zones have been identified by the Commission Internationale de I’Eclairage which ensures that the lighting goals are appropriately met and not exceeded.

These areas however, promise to reduce pollution by minimizing light wastage and eliminating sources that cause pollution.

In the end, we are living in the glare of our own making and are no less affected than the other creatures sharing this planet. The experiments that we are conducting on ourselves by extending the night, shortening the day, and short circuiting our cultural patrimony , will definitely have catastrophic effects on not only us, but also on our fellow creatures. Hence we must join hands and realize our responsibility towards this wonderful nature and contribute in our own ways to reduce all sorts of pollution prevailing today. After all,

We have not inherited Earth from our forefathers; we have borrowed it from our children.