You are here: Home \ Health \ The Magic of Polite Living
Health
0

The Magic of Polite Living

Everyone that you meet has a story. And while you may not know what is keeping them from smiling, you might very well end up contributing to their already whetted mortal agony with your behavior or attitude towards them. The very approach you take in dealing with some unknown strangers can at time stay with […] 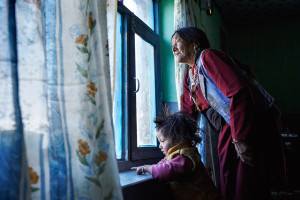 Everyone that you meet has a story. And while you may not know what is keeping them from smiling, you might very well end up contributing to their already whetted mortal agony with your behavior or attitude towards them. The very approach you take in dealing with some unknown strangers can at time stay with them for ages. You might have forgotten how you affected them or they might forget how they had affected you at some point in time, in a good or bad way but with the incident recorded in the incorrigible history of life it can make a difference to so many people. 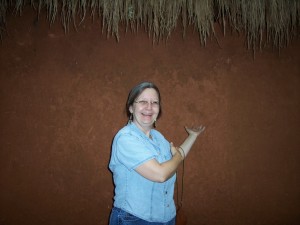 You might take for granted the worth of a slight gesture of kindness or humility but mind you, the virtues never take for granted the role that they play in human lives and are always willing to bestow upon you their share of ecstasy every time you approach them. If I were to discuss a few incidents of how you can politely make a difference to someone’s life, you may most definitely be enlightened with the magic of it, infused with a new sense of daily perception but in order to do that I may have to stage some unreal scenarios which I will strictly try to avoid. I will try to be as real as possible. 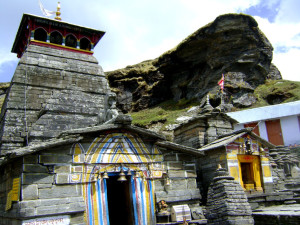 I remember traveling to the mountains once, actually I have visited them so often and because I have one of the worst memories in the recorded history of human mind, I usually forget which mountain is which. They all look kind of the same to me. But I think this is something that happened when I was walking downhill from Kedarnath temple.

My family was following me right behind with some of the members also ahead of me, I was walking alone basically. I suddenly met this man from North-East who started chatting with me about the mundane intricacies of life and though I do not remember the conversation very well. I remember he was old, yet strong. I asked him where he stayed and why he left his home.

He stayed in Sikkim and had to leave in order to make a living. He did not like being there but had to do it because poverty is a curse and staying on the route to Kedarnath gives him a decent living with all the year round tourists. He misses his home and his family to bits but then, he had gotten used to it spending almost the half of his life on that mountain. I remember every time he looked at me while talking, he had a quashed smile on his face which would occasionally lighten up his aged eyes, much to his disappointment as I can assure you, he was a gloomy personality, I could tell. I was the one who started talking to him though initially I had to come up with the questions, which I chose quite randomly, in the end he was telling me things I did not even want to know. Suddenly, he tells me, ‘This is my tent, please come in, have some coffee’. I saw his old but beautiful wife, oh yes, she was very beautiful. She was cooking Maggi for a customer and instantly greeted me with a smile.

The gloomy man had a happy wife. I said I could not come, I really had to go. He insisted, ‘You do not have to pay.’ I never gave it much thought and thanked him for the kind gesture and said that I will remember him. I did not have that cup of coffee but all along I wished I did and for once in my life, not because it was for free. I had always remembered them for a reason so close to my heart that the very intensity it involves almost renders it illogical. Now there was this time when the Uttarakhand flood happened. There is not much to say. I do not know what happened to them but I do know that a part of me wanted to protect them with my life.

There is no definite logic behind it and I wish that none would try to find any but I am certain that such incidents of ephemeral bliss must be a part of everyone’s story. All of you must have felt it at some point with someone and every time you look back your heart is filled with this incomprehensible sense of joy. Give it its due credit and approach people more politely and with a bit of kindness, you would not know what difference you could make with that soft answer or honest gesture. If you are in a street scuffle, instead of just screaming back, look them in the eye and be apologetic for the loss.

When a food goes wrong at some restaurant, instead of insulting the chef just tell them softly what you both like and do not like about the dish. If you cannot find anything you like, praise one of their last dishes you tasted. Every time you like a service, a large tip is not enough, it will get spent eventually. Give them a smile to remember and a thank you note as their celebratory possession. You don’t know whose day you could make by lending them a bit of your happiness. And hence living well while inspiring others to live well.