The hype about bottled water! Is it too much? Is bottled water much more preferable than tap water? Is it really healthy? People spend a whooping amount of $100 billion every year on bottled water in the belief (often fallacious) that it is better for us than what comes out of the taps. Worldwide, bottled […]

The hype about bottled water! Is it too much? Is bottled water much more preferable than tap water? Is it really healthy?

People spend a whooping amount of $100 billion every year on bottled water in the belief (often fallacious) that it is better for us than what comes out of the taps. Worldwide, bottled water consumption has reached to around 200 billion bottles every year. Even in areas where tap water is safe to drink, demand for bottled water is increasing, credited to the idea of pure water.

About 25% of bottled water sold is simply re-processed municipal water according to a study. Both Aquafina from Pepsi-Cola Company and Kinley from The Coca-Cola Company are reprocessed from municipal water systems. Bottled water processed with distillation or reverse osmosis lacks fluoride ions which are sometimes naturally present in groundwater. The drinking of distilled water may increase the risk of tooth decay due to a lack of this element. Also, most people cook with common tap water and it provides sufficient fluoride to maintain normal prophylaxis. Although excess of fluoride is not good for the body, which is becoming a reason of cause as the groundwater gets contaminated. But reusing plastic water bottles could be potentially harmful because of the bacteria which builds up in the bottle. Polyethylene terephthalate (PET) can harm the functioning of the endocrine system. The factories in which PET bottles are produced report high numbers of cancer from the air and water pollution created by manufacturing these bottles. 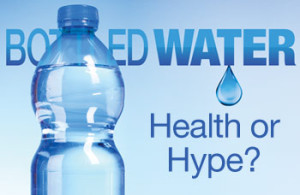 It is to be pointed out that the use of packed water bottles is wasteful, unnecessary and also contrary to the popular belief that it is safer than tap water. Here are some solid reasons which will make you think once while purchasing a packed water bottle.

1.Not healthier than tap water- In our belief, bottled water is healthier enough to prefer over tap water. In practice, 70 percent of bottled never crosses state lines for sale, making it exempt from authorities. While public safety groups point out that many municipal water systems are aging and there remain millions of chemicals for which no standards have been established, there’s very little empirical evidence that suggests bottled water is any cleaner or better for you than its tap equivalent.

2.Adds up to unnecessary and ever increasing garbage- Bottled water produces up to 1.5 million tons of plastic waste per year. While the plastic used to make bottle beverages is of high quality and in demand for recycling, over 80 percent of plastic bottles are simply thrown away. So, after your use, the empty bottles actually make it to the garbage can, or even worse, will add to the pollution as a result of our carelessness. Plastic waste is now at such a volume that ocean currents take it to the world’s major oceans. This creates a greater risk to marine life, killing birds and fish and disturbs the ecosystem.

3.Means lesser attention to public systems- Many people drink bottled water because they don’t like the taste of their local tap water, or because they question its safety. Rather than complaining to municipal system about the quality we prefer to buy packed bottles. Only the richer can afford to change their consumption of water to bottled sources. Once distanced from public systems then they do not take any methods of upgrading municipal water treatment.

4. Corporalization of water- MNCs are stepping in to purchase distribution of groundwater rights and the bottled water industry is an important component in their drive. Thereby, affecting our basic human right: the access to safe and affordable water.

5.Affects our pocket- Average price of a bottled water is Rs 20/l while municipal tap water will cost you around Rs 0.01/l. And the above points clearly state that there is not enough evidence to support the purity of the former.

Interestingly, profits of the private companies rise due to the increasing sale of bottled water of questionable quality at more than $100 billion per year. Alternative to this, more efficiently regulated, waste-free municipal systems could be implemented for distribution of safe drinking water for all the people- at a small fraction of price. 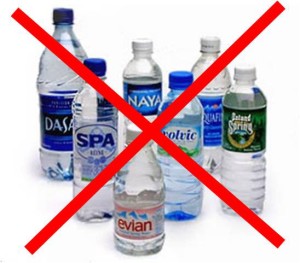 Put down the bottled water, use a water filter. Go to the authorities in charge of the water system and complain about the poor quality of tap water. For this, saving some water will not do any harm. Try to minimize your requirement of bottled water. Doing this will save animals and create a positive effect on the environment. Keep your surroundings clean. Drinking lot of water is beneficial for health, but beware. The water you are relying upon may not be as healthy as you think.

So act wise, and try to choose the best for your health as well as for the environment.