You are here: Home \ Environment \ Going Green \ Resources \ Mining: Why a Threat?
Environment
0

Mining: Why a Threat?

What is mining? Mining is the extraction of valuable materials, extraction of metal from the surface and below the earth from an ore body, lode, vein, stem or reef which has an economic impact for the miner. It is also the extraction of non-renewable resources such as crude oil, petroleum, etc. The […] 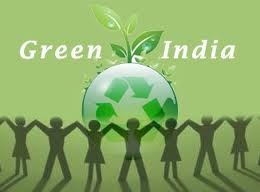 Mining is the extraction of valuable materials, extraction of metal from the surface and below the earth from an ore body, lode, vein, stem or reef which has an economic impact for the miner. It is also the extraction of non-renewable resources such as crude oil, petroleum, etc.

The nature of mining processes creates a potential negative impact on the environment both during the mining operations and for years after the mine is closed. This impact has led most of the world’s nations to adopt regulations designed to moderate the negative effects of mining operations. Safety has long been a concern as well, and modern practices have improved safety in mines significantly.

There are two basic types of mining techniques and their impact also varies separately. Surveys show that 85% of the extraction today takes place in the form of subsurface of underground mining. The maximum amounts of minerals are found at the subsurface.

We have now seen what mining is and the types of mining that occur. Now we shall look into the impact it has on the environment. The impact as such is seen as disastrous and hence the government has outlined certain laws for mining. This is because extensive mining results in change in land patterns, soil erosion, and mining of unstable areas results in great problems. Loss of biodiversity, chemicals entering water bodies and creation of sinkholes are just some of the other impacts that are created on the environment. Apart from causing damage to the environment they also have health impacts on the people around the area.

We have generally summed up the types of pollution. Now let us get into the crux of the matter.

There is a major impact on water due to mining. Surface and sub-surface mining causes certain minerals and chemicals to enter into the underground water system and runoffs cause them to enter oceans and seas. What we could do is less harmful method for mining such as bioleaching. f the project site becomes nonetheless polluted, mitigation techniques such as acid mine drainage (AMD) need to be performed. The five principal technologies used to monitor and control water flow at mine sites are diversion systems, containment ponds, and groundwater pumping systems, subsurface drainage systems, and subsurface barriers. In the case of AMD, contaminated water is generally pumped to a treatment facility that neutralizes the contaminants.

This is one of the main issues all environmentalists are trying to tackle as the depletion of coal mines and its affect is greater than expected. Coal mining has environmental impacts such as land use, waste management, and water and air pollution. Burning of coal results in residue of tons of solid waste substances such as fly ash and bottom ash which contain harmful chemicals such as mercury, thorium, uranium and arsenic which are highly harmful to human life is consumed.

When a certain area falls under the radar of mining, small tracts of deforestation takes place because the area needs to be cleared before mining can begin. This becomes a problem when the area becomes extensive because it not only leads to the depletion of trees but also extinction of various species.

According to the US environmental protection agency:

“Sand mining and gravel mining creates large pits and fissures in the earth’s surface. At times, mining can extend so deeply that it affects ground water, springs, underground wells, and the water table. The Gernatt Family of Companies is an example of corporations in which many sand and gravel pits have affected the earth’s surface and have the potential for affecting the water table.”

So the off late coalgate scam and the Bellary brothers scam is not only an eye opener that we are being looted by  the industrialists that are using the nations resources for their personal benefits, but also that the impact on the environment is too high. We soonly need to come up with alternative measures to mining and extracting of minerals.