Green revolution that happened in India in the 1960s involved high yielding seeds of wheat, rice and maize; fertilizers, pesticides; machines and irrigation technology. But overuse of these same chemicals has exhausted soil’s productive capacity, too much use of fertilizers has had adverse environmental effects. Thus to feed the world and to restore ecological health […]

Green revolution that happened in India in the 1960s involved high yielding seeds of wheat, rice and maize; fertilizers, pesticides; machines and irrigation technology. But overuse of these same chemicals has exhausted soil’s productive capacity, too much use of fertilizers has had adverse environmental effects. Thus to feed the world and to restore ecological health to our planet, we need to launch an Organic Green Revolution that fundamentally changes the way we grow our food – to maximize yield while mitigating climate change, restoring clean water, building soils, and protecting agricultural production during times of drought.

Organic farming includes use of natural substances such as nutrients and fertilizers (gobar based, compost out of vegetables etc) and natural pesticides like neem, turmeric seeds etc. On the other hand, chemical farming includes artificial fertilizers & chemical pesticides like DDT which have harmful impacts on the environment and human body at some point of food chain.

The Organic Green Revolution will mark a dramatic change, moving from unsustainable, increasingly unaffordable and petroleum-based toxic fertilizers and pesticides, to organic regenerative farming systems that sustain and improve the health of our world population, our soil and environment. Not only can organic agriculture feed the world, according to the UN Environment Program (UNEP) in a report released in October 2012, it may be the only way we can solve the growing problem of hunger in developing countries.

The industrial Green Revolution was based upon the heavy use of chemical fertilizers and irrigation, and worked only as long as the fuel was cheap and water was abundant. The transitory benefits of increased short-term food production have come at too great an ecological price as carbon is extracted from the soil and emitted as global-warming carbon dioxide in our air instead of remaining in the soil to nurture crops. Petroleum-based fertilizers and chemical pesticides have also polluted our water and poisoned our environment, food and people. 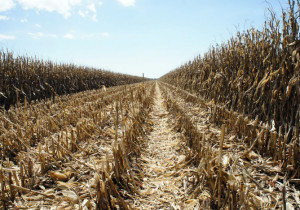 Fortunately, the latest scientific approaches in organic agriculture, supported by a body of replicated research data and economic analyses, offer affordable and quickly adaptable ways to implement farming systems that can quickly move us out of our current crisis.

Since the 1960s, the fossil fuel-based Green Revolution has greatly increased the production of a few selected commodity grain crops such as wheat, corn, soybeans and rice, achieved through high-input, monoculture cropping practices. The unintended consequences of this Green Revolution experiment is that the focus on chemical crop fertility inputs, pest protection, and weed control has increased toxicity in the environment and degraded the planet’s finite soil and water resources. Soils are less fertile, erosion has greatly increased, and breakdowns in agro-ecological functions have resulted in poor crop yields, land abandonment and deforestation. 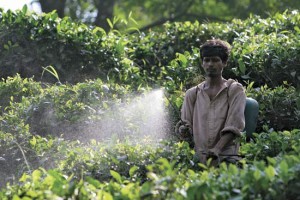 Furthermore, chemically-based conventional farming methods lead to human health risks. Pesticides have damaged wildlife, killed the essential earthworms as well as the bees and other insects that transfer pollen, poisoned farm workers, and created long-term health problems such as cancers and birth defects. In regions of Punjab, where Green Revolution kicked in full stream in the 1960s, we now find highly exploited water resources with a huge fall in water table. Excessive use of chemical pesticides has caused cancer, cognitive disability, and dysfunctioning of the nervous system. The state has also witnessed large number of suicides due to farmers falling in a debt trap in order to purchase the expensive seeds, fertilizers and pesticides. And Punjab is not the sole example. We need an Organic Green Revolution to uplift our farmers, our environment and the people at large.

Organic agricultural practices are established, successfully commercialized, and are applicable in all scale operations as shown by farmers across the United States – from family truck farms to commercial operations of many thousands of acres. Some Indian farmers in Haryana and Uttaranchal have also slowly realized the advantages of turning organic. Regenerative organic farming techniques can adopt to any location, make use of local inputs, and creatively transform waste streams into useful, valuable products. Many of the proven benefits include:

4)      Energy savings: Organic agriculture reduces the energy required to produce a crop by 20% to 50%. Reduction or elimination of fossil fuel use in agricultural production will soon be crucial in the fight against hunger in a world where fossil fuels are in short supply.

5)      Mitigation of global warming: The Organic Green Revolution is one of the most powerful climate change strategies in the fight against global warming because it has the ability to dramatically mitigate CO2 emissions. Studies show that cover crops can sequester approximately 1000 pounds of carbon/acre/year and the addition of compost doubles this amount of sequestered carbon to approximately 2000 pounds/acre/year. 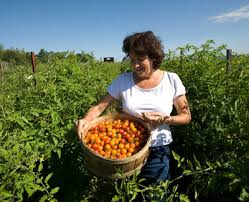 8)      Reduced toxic load: Eliminating petrochemical toxins in farming practices improves the health of food, people who eat that food, and the environment.

Thus we need a revolution across the country and across the world that will encourage farmers to turn organic and at the same time sensitize the masses to purchase organic. The government must shift away from providing fertilizer subsidies and rather encourage organic agriculture. Such steps are crucial to make organic food products competitive and to bring them to our dining tables.