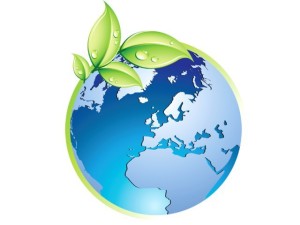 Ozone layer depletion refers to the decline in the level of ozone in the atmosphere causing an ozone hole in the stratosphere allowing the suns UV rays to directly enter into the surface of the earth. The main source of these halogen atoms in the stratosphere is photo dissociation of man-made halocarbon refrigerants, solvents, propellants, and foam-blowing agents (CFCs, HCFCs, freons, halons). These compounds are transported into the stratosphere after being emitted at the surface. Both types of ozone depletion have been observed to increase as emissions of halo-carbons increased.

Since the work of the ozone layer is to absorb UVB rays of the sun, the absence of it causes the UVB rays to enter the surface of the earth and Increase surface UVB radiation. This could lead to biological damage especially skin cancer. Theoretical reasons prove that a decrease in the level of ozone layer will increase surface UVB layers. Higher UVB layers have proven to cause eye damage and several form of skin cancers.

Ozone constitutes for minority of the atmosphere but has proven to be the most important component of it. It absorbs the UVB rays in the surface which have fatal affects not only on human beings but also plants and animals. It causes various disease mainly skin cancer and results in the increase in the temperature of the earth causing global warming and further environmental issues.

The main problem that poses due to depletion of the ozone layer is that it has devastating effects on human health.

o   Basal and squamous cell carcinomas: This is the most common cancer found in human beings causing fatal reactions. This type of cancer has been strongly associated with increase in UVB levels. Absorption of UVB radiation causes the pyrimidine bases in the DNA molecule to form dimers, resulting in transcription errors when the DNA replicates.

o   Malignant melanoma: Another form of cancer caused by increase in UVB rays and though is rarely prevalent is very harmful and almost fatal. Experiments on fish suggest that 90 to 95% of malignant melanomas may be due to UVA and visible radiation.

o   Cortical cataracts: Studies have suggested that there exists an association between ocular cortical cataracts and UV-B exposure. In this highly exposed group of predominantly white males, the evidence linking cortical opacities to sunlight exposure was the strongest to date.

o   Increased tropospheric ozone: Increased surface UV leads to increased tropospheric ozone. Ground-level ozone is generally recognized to be a health risk, as ozone is toxic due to its strong oxidant properties. The risks are particularly high for young children, the elderly, and those with asthma or other respiratory difficulties. At this time, ozone at ground level is produced mainly by the action of UV radiation on combustion gases from vehicle exhausts

o   Increased production of vitamin D: Vitamin D is produced in the skin by ultraviolet light. Thus, higher UV-B exposure raises human vitamin D in those deficient in it. Recent research (primarily since the Montreal protocol), shows that many humans have less than optimal vitamin D levels. While blood levels of Vitamin D in excess of 100 ng/ml appear to raise blood calcium excessively and to be associated with higher mortality, the body has mechanisms that prevent sunlight from producing Vitamin D in excess of the body’s requirements.

By the Ministry Of Environment and Forests Notification dated July 17th, 2000 They have set the following rules.

Ozone depletion is one of the main reasons and causes of most environmental problems as it raises the surface temperature causing change in climatic patterns and etc. Follow green living and avoid CFC and HCFC containing items and reduce their use.