Over a billion of plastic bags are given away to consumers for free daily. As it is said, nothing comes free to us in this world. So is the story of plastic bags which the whole of the society uses for their convenience. Lets have a look at the price paid by the society and […] 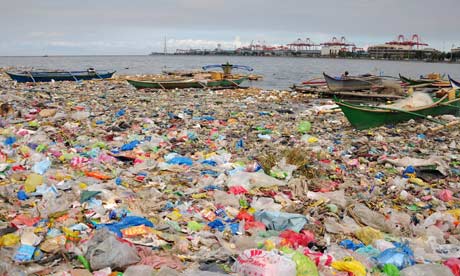 Say no to Plastic bags

Over a billion of plastic bags are given away to consumers for free daily. As it is said, nothing comes free to us in this world. So is the story of plastic bags which the whole of the society uses for their convenience. Lets have a look at the price paid by the society and the environment for using this free of cost, convenient single-use plastic bags. There are multiple impacts and effects of each plastic bag phase of life from its production to their disposal.

Firstly, the production and transportation of plastic bags requires petroleum and natural gas, both of them being non-renewable energy resources that add up to increasing our dependency on energy sources and finally resulting in the depletion of the valuable energy resources. On an average, the consumption cost for these plastic bags make out by the US retailers alone is estimated at $4 billion. Since no one give freebies, therefore, when retailers give away free bags, their costs are taken from the consumers in the form of higher prices of the commodities.

Secondly, the littering of plastic bags, here and there, affect hundreds of thousands of marine animals like sea turtles, whales and other mammals who die every year from eating discarded plastic bags mistaken for food. Also, on land, many cows, goats, buffalos and other animals suffer a similar consequence as marine life when they accidentally ingest plastic bags mistaken for food. Other than fauna, the use of single-use plastic bags also affects the life of flora and results in disruption of the growth of plants. Plastic bags got stuck in farmlands, thereby, reducing the fertility of land and making soil unable to retain water. Therefore, the improper disposal of plastic bags results in the loss of biodiversity.

There are various ways in which how plastic bags can harm the health of humans and the entire environment. Two major methods that release toxic chemicals of plastic bags are by burning and throwing. Whether we burn or throw plastic bags, all the chemicals are released which can cause harm to the society. The disposal of plastic bags in a landfill can take up to 1,000 years to degrade. They are thrown away on the land by insensitive people of the society and then they breakdown into tiny bits, contaminating our soil and water. They block the drainage system and will ultimately affect our natural habitat adversely and are considered as a nuisance and are harmful for the environment. An estimated 8 billion pounds of plastic bags enter the waste stream every year in the US alone, putting an unnecessary burden on our diminishing landfill space or potentially causing air pollution. Each year, an estimated amount of 500 billion to 1 trillion plastic bags are consumed worldwide. That`s over 1 million plastic bags used per minute worldwide.

It takes petroleum oil to produce them and even more oil to recycle them than it does to produce. Burning plastic results in air pollution with the release of harmful gases like co2, co and toxic ash. Some plastics may contain unreactive monomer like acrylonitrile which is not exactly the healthiest of substance to have around. If these leach out of the plastic they can get into ground water and cause problems. In some forms they can present a physical danger to animals. Six pack holder rings, for example, can trap small animals by getting caught around neck or foot.

The trouble is that plastic bag becomes an integral part of our life. We have learned that to say no to them is not an option. Most supermarkets and small shops now use paper bags, but there is still a high demand for these plastic bags. Now they are smuggled in from India. At least 40 countries, states and major cities have imposed, or are considering bans on the use of plastics. According to the UN environment programme based in Nairobi, the plastic problem is now “on the agenda of almost every African country”.  At least six Indian states, including Maharashtra and Himachal Pradesh, have imposed bans on plastic bags or are considering them.

We are the one who can bring a change to this scenario of plastic bags being used everywhere. First of all, we have to change our minds and come over our respective comfort zones. Be a responsible citizen, only then we can see the change in the coming years. They are recyclable but people need to take them and reuse them or donate them to thrift stores to be reused rather than throwing it away.  It is far better to use biodegradable jute bags as an alternative to plastic bags for the better future of our planet. We should avoid the use of paper bags too as there use will pressurize the demand of more and more cutting of trees. We can each save six bags a week or 22,176 bags in our lifetime from going to the landfill or adding up in the ocean garbage, drainage lines etc. Dispose all of our unused plastic bags at local recycling drop off locations. If we as a species can change one minor habit in our routine life we can become the savior of our home `Earth`.