Cradle to Myriads of Species Millennia to Create Moments to Destroy ” -Jim Morris Look like underwater cities, filled with colorful fishes, intricate forms and wondrous sea creatures. The Rainforests of Marine Ecosystem, they are the marine thermostat and stand tall as a mountain against the strong currents and waves. When we think about them […]

Cradle to Myriads of Species
Millennia to Create
Moments to Destroy ”
-Jim Morris
Look like underwater cities, filled with colorful fishes, intricate forms and wondrous sea creatures. The Rainforests of Marine Ecosystem, they are the marine thermostat and stand tall as a mountain against the strong currents and waves. When we think about them the first thing that strikes our mind is the moderating climate, colorful fishes and the clear waters. 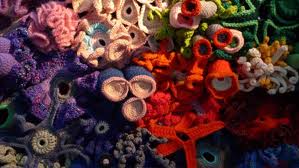 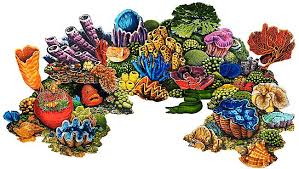 These are marine structures made up of calcium carbonate. They are a community of small plants, fishes and many other living creatures. They are the most diverse and constitute the most beautiful ecosystem in the world. They provide homage to 25% of the marine life, be it sponges, sea slugs, clams, crabs, oysters, shrimps, sea worms, sea urchins, starfish, jelly fish, fungi, sea turtles or fishes. Hence they truly stand out be the “Rainforests of the Oceans”. These are the Coral Reefs commonly called the Barrier Reefs because they act as a barrier between the ocean and the shore. Coral Reefs occupy less than 0.1% i.e. 284300 km (sq.) of the world’s ocean floor yet are a home to 25% of marine life.

There are three principal types of corals-
1. Fringing reefs that thrive in shallow waters along the shores. They appear like continuous platforms along the shores.
2. Barrier reefs act as a barrier between the ocean and the shore. They grow only when he is a comparative change of sea- level on the coast. They grow just below the waterline so that they have the best access to the sunlight.
3. Atolls are the coral reefs that surround a lagoon ad are created when an island surrounded by corals sinks below the ocean surface leading to the formation of circular reef called atolls.
The Indo- Pacific Region is rich in coral reefs constituting 91.9% of the total. The Great Barrier Reef is the largest comprising over 900 islands and 2,900 reefs off Australia. The Mesoamerican Barrier Reef of Honduras, New Caledonia Barrier Reef, Red Sea, Florida Reef tract are other such brilliant regions offering wide range of marine diversity.
Coral reefs are world’s most productive ecosystem. Not only they are a nurturing ground for several billion marine species but also of great value to mankind. Studies estimate that coral reefs provide a business of US $ 30 billion each year in goods and service. They are the World’s vital and finest Fisheries forming nurseries for about a quarter if the ocean’s fishes. Billions of money as revenue is generated as these are one of the finest tourist hot spots in the world. They also act as natural barriers against the deadly storms, typhoons and tsunamis and also help in preventing coastal erosion. They are filter feeders that enhance quality and clarity of near water shores. They are widely used in the medicinal field for treatment of cancer and HIV. They assist in carbon and nitrogen fixation and also help in nutrient recycling. They are intricately woven into the cultural traditions of the coastal societies. They are wonderful spots for scuba diving, fishing trips and magnificently gifted with the best of the World’s beauty. A world without corals would definitely be a poorer place.

Man has had a long association with the coral reefs as they proved to be very beneficial but unfortunately this underwater paradise is being lost. Human activities like uncontrolled fishing by use of destructive methods such as poison, explosives has impairing ability to not only destroy the reefs but also kill various other valuable marine life underneath. A whopping 20% of the coral reefs are already destroyed which show no immediate prospect of recovery and another 24% stand on the risk of collapsing. 60% of these are threatened by human activities. Rising levels of C02, water pollution, sewage discharge, coastal development, coral bleaching arising from climate change are all linked to human interference with the environment. Oil spills are another culprit in destroying such a vibrant and colorful habitat. Global Warming has caused the sea temperature to rise to such an extent that it has created a stressful environment for the coral reefs. Also inability and incapability in coral reef management has brought forth such a grave situation. The disappearance of countless unique reefs and marine species is of great loss to our environment as they would help unravel the web of marine life that holds the key for new channels, medicines and many new mysteries. 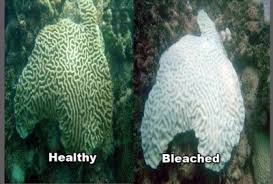 We need not be a scientist to help in protection and restoration of coral ecosystem. Our small steps can bring about a big change. Firstly we should learn the value and importance of our resources such as land, air and water. Over- use of any of these leads to grave ecological imbalance and leads to large scale destruction of coral reefs in this case. Use of organic fertilizers, preventing formation of oil spills, heavy eco- tourism, littering in water bodies and preventing run- offs can be valuable individual measures. Also volunteering for a cleanup of coral reefs, demanding full support from the Government officials and spreading the message about coral reef protection can be exercised. Also there must be strict enforcement of laws regarding diving, fishing, nearby construction and reduction in eco- tourism in sensitive regions to help in coral recovery. 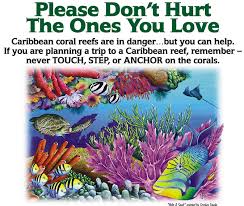 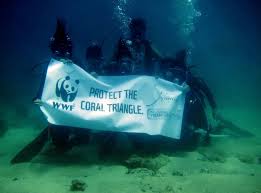 NASA has now extended a helping hand in protection of our valuable marine ecosystem and its creatures. Even though a lot is being done to help restoration and protection of coral reefs, they are still in trouble. But if all of us join hands something can be done if not soon there will be no reefs to save. TIME IS RUNNING OUT!!!!