The Ingenious Practice of Crop Rotation

The phenomenon of growing more than one type of crop on a single piece of land in chronological seasons is called crop rotation. This tactic has been employed by farmers for many years to preserve the fertility of the soil as well as to yield good produce all year round. The early traces of crop […] 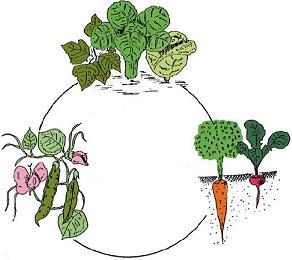 The phenomenon of growing more than one type of crop on a single piece of land in chronological seasons is called crop rotation. This tactic has been employed by farmers for many years to preserve the fertility of the soil as well as to yield good produce all year round. The early traces of crop rotation were seen in the Middle East and Rome, but the farmers then did not have an idea of its profound benefits. Gradually realizing its many advantages, crop rotation has become immensely popular among farmers throughout the world. It is a sustainable way of crop production and soil preservation. Crop rotation is being employed in many farms across the world- big or small alike. It is estimated that there is an increased yield of up to 25% when crops are rotated in place of monoculture. 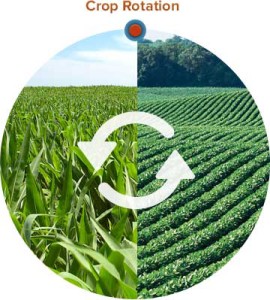 Not all crops complement each other. A detailed study of the growth pattern and nutrient requirement of each crop is essential before crop rotation can be started. There are certain crops like corn, tomatoes or leafy vegetables like cabbage lettuce that suck up a lot of nutrients from the soil. They also tend to feed on phosphorous from the soil. Now if these crops are grown in repeated successions every year, it won’t be too long before the soil loses all its nutrients and becomes infertile. To prevent this from happening, farmers have come up with crop rotation where they alternate the tomatoes and corns with nitrogen fixing leguminous plants like beans or peas. This way the soil is replenished- ready for the corn or tomatoes to be planted again. 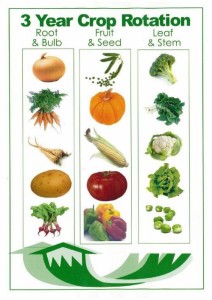 With so many profound benefits, it is no surprise that crop rotation yields more profit than traditional monoculture.

Although crop rotation may appear easy, in execution it is not so. Sometimes crop rotation does pose some minor problems to the farmers. If the farming area is small, big plants cannot be grown there. Rotating big plants becomes a major problem here. On top of that the farmer may have to face shading problems. Moreover, commercial farms don’t exactly profit a lot from crop rotation- the reason being that the production of their highest yielding crop declines due to the growing of other crops. To add to that, sometimes the cost of tools and machinery also tends to be a little high when so many different numbers of crops have to be tilled. It is not possible for a poor farmer to invest in so many types of machineries. Farming loans can be taken in such situations.

Although crop rotation does bring to the fore a few minor problems, they can be managed with proper skill and expertise. Crop rotation is an art which requires a lot of study. Initially when a farmer decides to rotate crops, he has to study farming techniques, growth patterns of different crops and various other factors. A farmer must be able to tackle any problems that may arise during the cultivation of each crop. If successfully managed, crop rotation can earn huge profits within a year.