Some of us are bored with the daily routine foods and want to try new varieties. So if you want to make it a natural thingy, you can give this article a go. I wanted to share some interesting facts about foods and came up with an idea. So I searched the web for the […]

Some of us are bored with the daily routine foods and want to try new varieties. So if you want to make it a natural thingy, you can give this article a go. I wanted to share some interesting facts about foods and came up with an idea. So I searched the web for the World’s most ugliest cum naturally available foods which are of great nutrients value and found these. But, of course we shouldn’t judge a food by its looks, but in the case of these hideous but delicious foods, sometimes we can’t help it. Some of these foods you may already know. But I am sure at least one food will be new to you. And they are in no particular order. 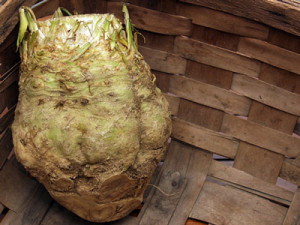 Though it makes a terrific remoulade, celery root in its raw form does not get the salivary glands going. Resembling an ogre’s bowling ball, this hefty, knotted root can be sliced thin and served in salads or pureed into a homey, naturally creamy soup. 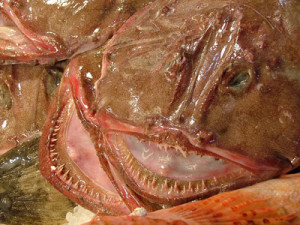 With a face only its deep-watered mother would love (or, would she?), monkfish isn’t a fish you want to meet in a dark alley. With its sharp, needle-like teeth and slightly froggy face, this fish is usually sold without its head — for obvious reasons. But its meat has been called the poor man’s lobster. It’s meaty, sweet, and delicious in a seafood soup.

One of the most prized mushrooms, morels are luxurious sign of spring time and have a prized umami quality. But you have to admit they resemble something that either came from deep under the sea or possibly from space. 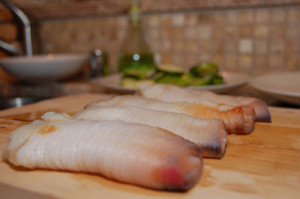 Even the cute name doesn’t help to make these mollusks more appetizing. These giant clams pour out of their shells and resemble something (let’s be frank) decidedly phallic. But if prepared correctly (say, like a grilled fresh) there’s nothing better. 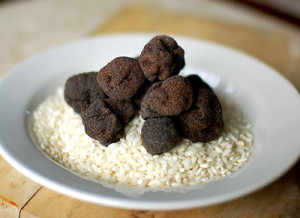 Depending on whether they’re black or white (the rarer and more potent variety), these precious fungi can sell for  thousands of Rupees. But if spotted in the wild by an untrained eye, they might be kicked aside as a strange lump of dirt. The flavor they add to any dish is incomparable. 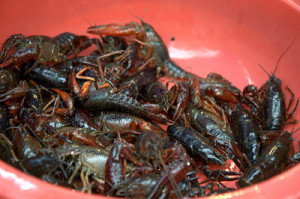 I know they are a visual treat. They’re not called mudbugs for nothing. Crawfish (or crayfish) look no more appetizing before they are cooked than any creepy crawly creature. But once cooked until red in a pot of corn and potatoes, they are irresistible. 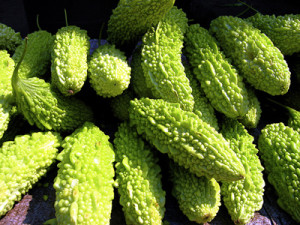 This one everyone might know. I I I hate it!!. Not only is this gourd supremely bitter, it’s humble-looking, too. Wrinkled, long, bumpy, and green, these melons are best tossed in a stir-fry or soup. They are also so bitter that they can be used in place of hops in beers. 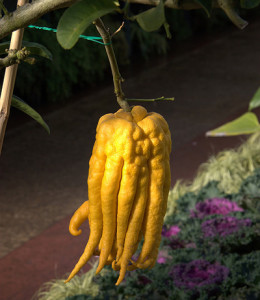 When I first saw this photo I was like “you’ve got to be kidding me!!”. Anyone with a hand like this should get checked out by a doctor. Resembling a thick, yellow squid hanging from a tree, the Buddha’s hand is, in fact, an incredibly fragrant citrus fruit. Its sour yet floral peel is candied or used for its zest. It is also occasionally used to infuse alcohol. 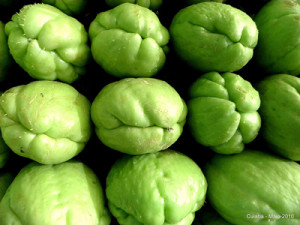 If the characters from the movie “Muppets” made vegetables, this is what they’d look like. The creases in these grenade-shaped gourds are so deep that they could almost be mouths. The fruit can be sliced and eaten raw or can be cooked and prepared pretty much any way you’d cook any other summer squash. 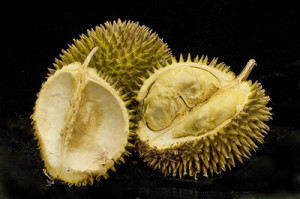 Not only is this the stinkiest fruit in the world (think rotting meat or trash), but it’s also the most unattractive – both inside and out. Whole, it resembles a large spiky egg. Once sliced in half the fruit inside is revealed, which is yellowish and gelatinous, looking somewhat appropriately like an egg sac. Many believe it has a sublime flavor that tastes of the creamiest cheese.