Protect forests = save the globe

Human beings strangling all over the world to fulfill socio-economic wants, in this tiff between man and nature; Humans caused atrocities to the natural habitat and found himself every time on the side of loss. Loss of natural habitat has always left its everlasting effect on the growth and development of mankind. The balance between […]

Human beings strangling all over the world to fulfill socio-economic wants, in this tiff between man and nature; Humans caused atrocities to the natural habitat and found himself every time on the side of loss. Loss of natural habitat has always left its everlasting effect on the growth and development of mankind.

The balance between the atmosphere and human growth is maintained by the savior of green cover called as “ever green forests” .These ever green forests are prior for the survival not only of humans but also the species .Till now Amazon is the largest green cover present in the world. It is ramified approximately all over the northern part of South America spread over 5, 00,000 sq.km. ,bounty of wild life corridors connecting the wildlife population .Being jeopardizing pillar of life on the earth from the last half of the century .Natural habitat gained its momentum ,when it was found that ,its’ the region on the earth containing 2.5 million species .Around 2000 species of birds and mammals , 40,000 plant species ,2,200 fishes , 1,294 birds ,427 mammals , 428 amphibians and 378 reptiles ,It was scientifically classified among the largest predatory ,438,000 species of plants of social and economic interest have been registered .

Amazon rain forest alone produces 20% of oxygen on the earth .Though this wildlife corridor is separated by human intervention but slowly the wildlife corridors are overlapped by human habitats seemingly endless. Amazon has atleast lost 17% of its forest cover .Its’ connectivity has been increasingly disrupted, innumerable endemic species have been subjected to waste of resource exploitation . The economic transformation of the Amazon is based conversion and degradation of natural habitat. Deforestation in Amazon rain forest has threatened to many species and played vital role in environmental change.

Human socio-economic wants and needs has always perished the natural bounty its’ hazardous results can be easily revealed .Human – wildlife conflict is increased with human intervention, increase in the killings of rare species of animals resulting in the disruption of food chain in the environment.

Tropical evergreen forest found on the eastern and western slopes of the western ghats in various states  and Temperate evergreen forest are considerably responsible for the regulation of cloud cover humidity Temperature and survival of some plants and animal species. Which are also under the threat of logging , mining,oil and gas developments ,pollution hydroelectric projects and other human development planned in the areas.

Evergreen forest and the statically information is on one side but as every coin has two sides but adverse effect  of growing concrete jungles , industries rapid deforestation has endangered the life of evergreen forest . Habitat loss is probably the greatest threat to the variety of life on this planet today. It was identified as a main threat to 85% of all species described officially as threatened. 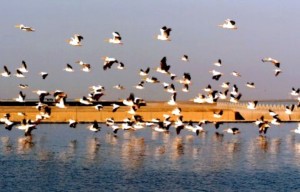 Increase in population has pressurized the agricultural land for its expansion converting natural habitat to agricultural land. To stop and prevent the unhesitant deforestation some areas are called as protected areas, these are protected and reserved by various world organizations. For instance, UNESCO has been protected sundarban mangrove forest as World Heritage Site.

Protected areas are one of the most effective tools for conserving species and natural habitats .They also contribute to livelihood and well -being of local communities and society at large .Well managed and well planned protected areas assist to maintain ecological balance even helps to reduce the impact of natural disaster . The net loss in global forest area during the 1990s was about 94 million .70% of deforested areas were converted to agricultural land. 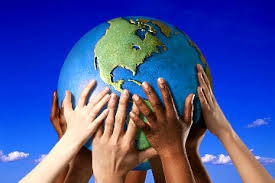 Protection of natural habitat , will defenselessly result  in an efficient way to increase the bio-diversity . Total human population has reached around 7 billion in the world and ever increasing population is entirely depended on agricultural land . some where it becomes difficult in the relaxation of pressurized agricultural land and to maintain the balance .Increasing metro Politian cites absorbs the forests and disrupts the continuity of nature , which has resulted to Global warming .Unhesitant deforestation may lead to the adverse circumstances for which human population may not be able to compete .

Amazon being the largest green cover on earth is facing deforestation by 28% every year, the earth lost 2.3m of sq.km of tree cover because of natural calamities like fire, storms or diseases Using the 2005 rain forest deforestation rates it was estimated that Amazon rainforest would be reduced by 40% in two decades . The rate is now slowing in 2011. Deforestation figures were slowest on record. It was found that still there is continuous shrinking of forest.

At present it is the most challenging condition in front of the countries all round the world to stand for the protection of the forests , and include its’ protection as a need of humans.Turning our back on the natural world is not an option. We all rely on nature for fresh air and water, food, commodities, and – of course – enjoyment; but nature is steadily disappearing in front of our very eyes.

Loss of green habitat is not just affecting the numbers of species who will or are getting extinct but there extinction has indirectly affected humans!