Resources – A Prerequisite for Survival

Pollution is nothing but the resources we are not harvesting. We allow them to disperse because we’ve been ignorant of their value. -R. Buckminster Fuller A resource is defined as a source or provider of well-being or benefits. Resources are of many categories like economic, social, environmental and biological. Conventionally resources are raw materials or […]

Pollution is nothing but the resources we are not harvesting. We allow them to disperse because we’ve been ignorant of their value.

A resource is defined as a source or provider of well-being or benefits. Resources are of many categories like economic, social, environmental and biological. Conventionally resources are raw materials or sources of knowledge or assets which when put to use reap favourable results. From the environmental perspective, resources are classified as natural resources and artificial/man-made resources. Natural resources are the ones that one can find in abundance in nature, like sunshine, water, land, air and minerals found in the core of the earth. Man-made or artificial or synthetic resources include the materials created by man for his own consumption like bleach, bricks, etc.

Resources can further be classified as biotic, that which finds its source from the biosphere and abiotic, that which is non-living and non-organic. Resources are also categorized based on the extent of availability and utilization like actual, potential, reserve and stock resources. The classification of resources has been done with a multitude of factors borne in mind. A large number of resources fall in more than one of the types of resources, so general classification of resources therefore becomes hard and complex. However, one conclusion that can thoroughly be drawn from a discussion on resources is mankind’s dependency on them. Irrespective of the kind of resource from the environmental perspective and the connotation carried by the word itself, resources are, in general, our prerequisite for survival. What are we without our resources to draw support from?

Sadly, over time and development, instead of appreciating what we have within our reach, we have come to put a price on all of them. Resources have now become a mere commodity, except for the fundamental elements of nature, which are all natural resources.

We will surely pay a heavy price for the way in which we are presently utilizing our resources. The elite in particular, mostly take their resources for granted while the poor use it like it is going to be available to them only tomorrow, a tomorrow for them, which is about 20 days away. A parallel drawn between the lifestyles of the rich and poor will clearly draw out the differences in the management of resources in the constructed social sphere. It is amazing how nature repeatedly keeps giving us a second chance to appreciate what we have in hand.

For example, the quote by Buckminster Fuller is a classic on how pollution is like literally setting our resources on fire because we fail to recognize their potential and harvest them. Pollution is the act of ruining the environment and how does it happen? Dispute it if you please, but the key source for pollution is indiscriminate and irrational overuse of resources. The advancement of technology and freedom of mankind to experiment with resources and come up with some brilliant progress each day is bringing in a paradigm shift in the manner of utilization of resources. Resources are trying to be conserved more desperately than ever before today. The world is changing at a rapid change, there are limits being imposed on the availability of resources to people. Although this line of limits, makes resources seem like a commodity, this thought process can be accepted because it is the only way sustainability in the environment can be ushered in. While this is the scenario on the R & D front of the globe, the one on the layman side is not yet a pretty picture. 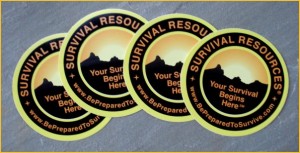 While acknowledging the unavailability of resources to all, mankind is getting more desperate by the day. People have forgotten to draw a line between need and want. Greed is a vice that is central to every sentient being on this earth. Sadly, the greed has no line of saturation. Mankind can never be satisfied. While resources are prerequisites for survival on the earth, perhaps making it a commodity is the best way to ensure it is effectively utilized.

Most often than not, the word ‘affordability’ is given a negative connotation. The divide in the economy and the distinction between the rich and poor can be brought out by just bringing this word into the context of discussion. As repulsive as it sounds, the aforementioned statement is true. This is the flip-side to resources being treated as a commodity. The ones, who are really in need of it, do not find it in their reach and the ones who can afford it, take it for granted.

We have fancy lighting as decorative interiors in a mall in a city while the rustic folk living in the outskirts of the city barely have 3-4 hours of electricity supplied to them through the day. Electricity is a synthetic resource. It must be paid for use and we most definitely cannot do without it. The urban folk waste it while the rural folk crave for it. Who is really to be blamed for this? Is affordability the real problem here? Or is it the government administration? Or is it something else altogether? Does this establish that treating resources as commodities have more cons than pros?

These are a few questions we need to reflect on. It is important that we manage our resources effectively. The answers to the queries posed earlier have no validity. It is just one of the many developmental flaws in the globe at large and India in particular. However, from the environmental front, this remains crystal clear. We are at a point in time where resources are getting so scarce that it is becoming hard to sustain the sustenance in sustainable development. We are already facing severe repercussions of our actions in the past. It is now time for us to make amends. What goes around comes back around. We ought to save what we have left. Otherwise, what are we with the prerequisites of our survival taken away from us? And what will become of our children if this is truly it? Is it our place to draw the curtains on the world Shakespeare referred to as a stage? Or do we leave as mere players having played our bit and leaving the rest for the generations to come? The choice lies in our hands. Think. Retrospect. Act.