Waste is nothing but simply the unwanted materials. That is, of course, the dictionary term. In real life, the term ‘waste’ has a much wider application. Waste is anything that we do not want to use or something that has been generated after we have successfully used some material or some service. Now, the question […]

Waste is nothing but simply the unwanted materials. That is, of course, the dictionary term. In real life, the term ‘waste’ has a much wider application. Waste is anything that we do not want to use or something that has been generated after we have successfully used some material or some service.

Now, the question is after the waste is generated what should we do with it. The answer is- disposal. We should dispose of waste as early as possible. Next question is why we need to dispose waste. Well, waste is not only harmful in itself, but it also gives birth to several disease causing bacteria, viruses and pathogens, which might lead to irreparable diseases in humans and other living beings. Now, the third and last question- how should we dispose waste? As I already said, waste if not disposed, might lead to many diseases. So it needs to be disposed and got rid of soon. But there are proper techniques and methods of getting rid of the waste. Even the persons who are dealing with the waste while disposing them, must be fully protected and equipped, else the waste will have hazardous effects on them too. So here we discuss about the common techniques of disposing waste. 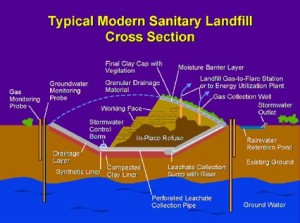 This is probably the most common method of disposing waste that we create. What is a landfill? A landfill is a site where the waste is treated by burying it in the ground. Before the burial, the waste is treated to remove the odor and the dangers that wastes bring along. The landfill sites are spread over as small areas as possible. The wastes are dumped together to make them compact, which require lesser space. After the wastes are disposed, layers and layers of soil are put over it to cover the waste. This is a daily process to treat the waste daily. Some of the landfill sites are also used for waste management processes, such as, temporary storage of waste, the consolidation or transfer or even the processing of waste matter. 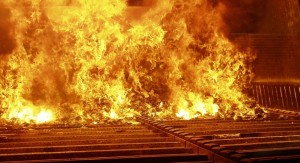 Incineration is a method of disposing waste which involves burning the wastes at high temperatures. This thermal treatment reduces the waste that is burned into residues of ashes, in gaseous form and of course, heat. This heat generated from incineration is often used in thermal plants to generate electricity. These incinerators reduce the solid mass of the waste by almost 80-85%. Incineration is a helpful method as far as disposing medical wastes and hazardous wastes are concerned. As a result of the extreme high temperatures, the pathogens and other disease causing bacteria and viruses are destroyed. In countries like Denmark and Sweden, incineration produces a certain part of the electricity consumed by the citizens. 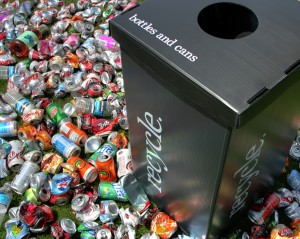 This is widely used and followed in almost all the countries of the world. The waste products are converted and transformed into new products so that we can reuse them and hence save power, energy and electricity that go into destroying the waste. Recycling has more benefits than we have ever imagined. It reduces the use of fresh raw materials and thus helps conserve them, it prevents the waste of useful materials that can be given a second birth, reduces the energy consumption as mentioned earlier, it also reduces the air pollution caused by incineration and the water pollution caused due to the landfill sites and also reduces the emission of greenhouse gases. Glass, metal, paper, plastic, electronic goods and textiles are items that can be recycled to give the original items a second birth so that they can be reused.

This is another form of treating the waste. Plasma is a torch which is powered by an electric arc and is used to ionize gases and also catalyze the solid organic wastes into synthetic gases. A plasma torch uses an inert gas like argon. A strong electric current is made to pass between the two electrodes as an electric arc which vary from copper, tungsten, hafnium and zirconium. The compressed and pressurized argon gas is ionized, hence creating a temperature of about 2,200 and 13,900 degree Celsius. Inside this torch, the waste is heated first, and then it melts and finally vaporizes. This vaporization occurs as the molecular bonds are broken due to the extreme heat and the particles dissociate in the air. 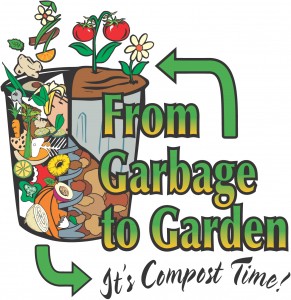 The process of composting is an easy one. It is the process of decomposing and recycling the organic matter into fertilizers and soil amendments. The simplest way of composting is heaping the wet green wastes together and waiting for their break down into humus after a period of time. But the modernized process requires many steps, where measured amounts of air, water and materials in carbon and nitrogen are introduced manually in the process. The compost obtained after decomposing and recycling the waste materials is largely used in gardening, for agricultural and horticultural purposes and landscaping. The compost not only acts as a fertilizer for the soil, but is also a soil conditioner and a natural pesticide. The compost helps in controlling soil erosion, is used for the construction of wetlands and is also used as a cover for landfills. 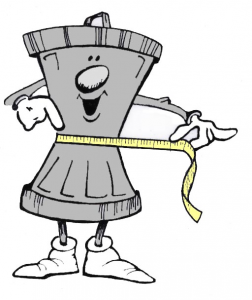 This is the cheapest and most effective method of waste treatment, i.e. we should generate lesser amounts of waste. We should use every substance carefully and make proper use of them. Recycling and reusing, as mentioned earlier is a great way to check the generation of wastes. We can reuse the plastic bottles, jars, lampshades, bags and give them a new form after they are no longer in usable condition. We can repair the old, broken items instead of throwing them away and buying new ones. Our mantra should be maximum utilization of items.

With this, we come to the end of this topic. These above mentioned techniques and procedures of treating waste can be extremely useful, provided that the proper precautions for each of the methods are taken. dealing with wastes can be extremely hazardous, so protection is important as well.