Traditionally what our grandparents reinforced on taking was a healthy-wealthy Balanced diet. This is what, the books, teachers and even the doctors told us. But today, in the era of modern technology and techniques, fast pace and where people are running from pole to pole in search of money, what we miss out is an […]

Traditionally what our grandparents reinforced on taking was a healthy-wealthy Balanced diet. This is what, the books, teachers and even the doctors told us. But today, in the era of modern technology and techniques, fast pace and where people are running from pole to pole in search of money, what we miss out is an appropriate diet. 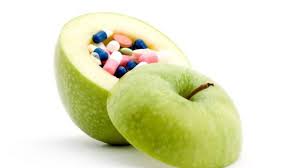 Be it because of the negligence of the people themselves BUT to my surprise, those who have the baggage on their shoulders of feeding the world have spoilt it all, have corrupted the whole system, have polluted and destroyed our food and nutrients.

What is a balanced diet?

A diet that contains adequate amounts of all the necessary nutrients required for healthy growth and activity. That is equivalent to saying that we must not miss out on any of the sources like pulses, milk products, fruits and vegetables, etc.
But wait, are the scientists talking about those fruits and vegetables which are given colour and shape with those chemicals injected? Those pulses which are powdered with those harmful chemicals that affect the bones? Those milk products which are made from milk containing detergents & water?
It is catastrophically sad to note that a term Adulteration is introduced as an impact of science and technology. 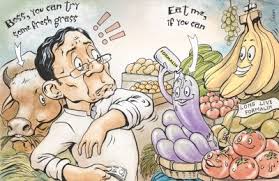 The addition of certain undesired, poisonous and deleterious substances, either wholly or partially substituting the vital nutrients, is called adulteration. Adulterated food is the result of either greed or carelessness and lack in proper hygienic condition of production, storage, marketing or transportation. This ultimately leads to the consumer being cheated, or prone to diseases. The consumers who are not well to do are often the victims of these fraudulent acts as they cannot afford to buy pure, unadulterated food. The crudest form of adulteration is the mixing of contaminants, known as adulterants, however adulteration can also be found in the form of non harmful techniques for example mixing of water in water for substantial gains.
Adulteration is not just the addition of certain unwanted adulterants to food substances but also to beverages, fuel and the most importantly Water.

The adulterants may be one of the following kinds:
Poisonous substances: the food might have been rendered injurious to health through the addition of even small amounts of chemicals that might prove to be poisonous and may lead to serious health disorders. 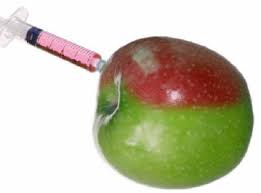 Economic adulteration– food is economically adulterated if it is partly compromised with its nutrients or valuable constituent for instance, olive oil diluted with tea tree oil. It can also take the course of getting damaged or inferior in any manner, such as fresh fruit with colouring chemicals or any substance added to it or packed with it to increase its bulk or weight, reduce its quality or strength, or make it appear bigger or of greater value than it is.
Some common adulteration cases in market:
• Coal-tar colours are engaged a great deal, pickles and canned vegetables are sometimes coloured green with copper salts.
•Butter is made more yellow by anatta.
•Turmeric is used in mustard and some cereal preparations.
•Any jellies, which are coloured so as to simulate finer ones. In confectionery, dangerous colours, such as chrome yellow, Prussian blue, copper and arsenic compounds are employed.
•Cream is adulterated with gelatin, and formaldehyde is employed as a preservative for it.
•Butter is adulterated to an enormous extent with oleomargarine, a product of beef fat.
•Brick dust in chilli powder, coloured chalk powder in turmeric.

“Adulterated milk is what Indians are drinking”, says recent study by the Food Safety and Standards Authority of India (FSSAI). 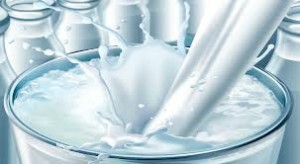 It is sad to hear about most Indians drinking milk and having milk products adulterated with detergents and economically adulterated with water. 70 percent of the milk samples collected did not prove to the health standards. The study showed its way to lack of hygiene and sanitation in milk handling and packaging, detergents that are used during cleaning operations are not washed properly and find their way into the milk. Other contaminants like urea, starch, glucose, formalin along with detergent are used as adulterants. These adulterants are used to increase the thickness and viscosity of the milk as well as for its preservation. The study notes that the consumption of milk with detergents in hazardous to health. About eight per cent samples were found to have detergents.
When it comes to food adulteration India is the leading producer of adulterated food as this is the country where loopholes are more than the rules, where anyone can indulge into activities leading to corruption but no one standing guilty. Though laws exist of the international standards, their implementation at the ground level is an unsuccessful story.
However, adequate precautions taken by the consumer at the time of purchase of such produce can make him alert to avoid procurement of such food. It is equivalently important for the consumer to know the common adulterants and their ill effect on health.