You are here: Home \ Environment \ Save Food, Save the Planet
Environment
0

Save Food, Save the Planet

‘That’s not food’ , groaned Mike, pushing away a plate of lentils, lean meat and broccoli. ‘That’s healthy. You have to eat’, replied his mother, back turned to him, washing dishes. Mike slowly gulps down the chicken, makes a sniper-like stealthy dash towards the garbage bin and shoves his plateful of food into it. There. […]

‘That’s not food’ , groaned Mike, pushing away a plate of lentils, lean meat and broccoli.

‘That’s healthy. You have to eat’, replied his mother, back turned to him, washing dishes.

Mike slowly gulps down the chicken, makes a sniper-like stealthy dash towards the garbage bin and shoves his plateful of food into it.

There. All done. Saved his neck from the ugly food. 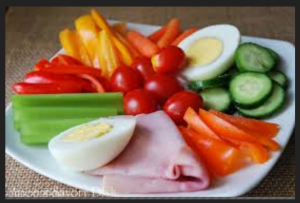 What a lot many of us, like Mike, do not realize, is that while we are saving our necks from food that we do not wish to eat, we are risking the neck of this planet by wasting food.

In India, a country where millions go without a square meal for days together , there are quintals of food grain rotting in stores. These stores are inadequate in handling large amounts of food. Lack of storing space, ignorance to rodents and other pests, low hygiene levels , corruption by the authorities , pilferage of grains , etc. all lead to one inevitable result : the amount of food reaching the masses is far less than the amount of food produced by the farmer. Where does this difference go ? It is simply lost in transmission ( that is, rotting in the open, stolen by babus , washed away by the rains, etc.)

In an upper-middle class family, every single day, a lot of food is cooked , some consumed and the rest is dumped in the garbage bag. What we do not understand while doing this everyday routine, is that we are costing the planet it’s resources. We are costing our own lives, eventually.

The relation is linear. The more food is wasted, the more the demand grows. The supply has to go up similarly.

The more erratic the rain pattern is, more is the dependence on irrigation. The common Indian farmer is not always rich enough to afford the irrigation costs.

Thus, we see that there is a never ending , complicated cycle of consequences of food wastage. In order to save resources, we need to curb our wasting habits.

Food banks : Food banks are exchange pools between organizations that create food in excess and masses that need them. 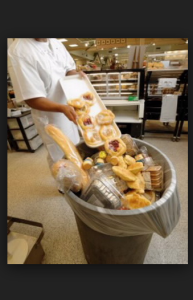 In Mumbai, India, the Harvard-credited ‘Dabbawallah Service’ has been working smoothly and efficiently over decades. The lunch box is taken from home/tiffin service company by a ‘dabbawallah’ and it exchanges hands as it travels through the city to reach to the person who’s lunch it is. It’s returned in the same way, without fail. However, some NGOs have begun with a red sticker with ‘share’ written on it. If you have food which is excess in your lunch box, you simply put the red sticker on it. Now, instead of directly reaching home, it goes through the NGO volunteers who remove the food and distribute it among the street children. It is a marvelous move and has drawn much appreciation. 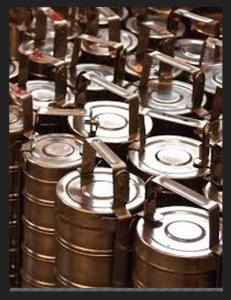 As individuals, we can stop domestic food wastage too. Going to the mall, we tend to get a little dazed by all the choice and options available. We end up buying things we do not even need as well as things that we do not like to eat either. You like pineapple juice but, since it was on offer with the orange juice, you took both, whilst , you hate orange juice. So, what do you do with it ? It’s stacked in some corner of the cupboard and is finally thrown after it has expired. You could always give it to someone who needs it. Also, we could stop act gluttonous at parties and fill our plate with more than we can eat.

Think about it. Shoving your platter of veggies might not seem that big a deal to you. When a million other people think the same, we’ll have a million meals. In the garbage bins. Whereas, we could always place it with the millions who need it. At the same time, saving our planet too.