UNESCO World Heritage Site the Sunderbans is the largest single block of tidal halophytic mangrove forest in the world. The sunderbans is approximately are of 10,000 sq.km of which 60% is located in Bangladesh and remaining in India. The Sunderbans is a natural park, tiger reserve and a significant biosphere reserve located in the Sunderbans delta in the Indian state of West Bengal. Sunderbans are three protected forests in Bangladesh from east, west and south. And is densely covered with mangrove forests and especially known for the largest reserves for the Bengal tigers. 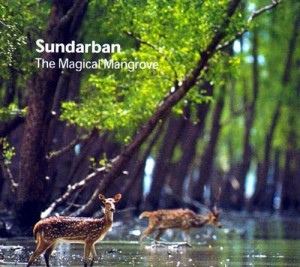 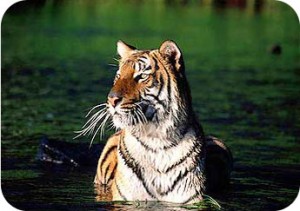 The Sundarbans area is one of the most densely populated in the world, and the population is increasing. As a result, half of this eco region’s mangrove forests have been cut down to supply fuel wood and other natural resources. Despite the intense and large-scale exploitation, this still is one of the largest contiguous areas of mangroves in the world. Another threat comes from deforestation and water diversion from the rivers inland, which causes far more silt to be brought to the estuary, clogging up the waterways.

But the rich and dense mangrove forests has been losing its capacity to absorb carbon dioxide, As we know that  the increasing population has forced the rampant deforestation and pollution increasing carbon dioxide , one of the main green house gases from the atmosphere due to rise in the salinity of water.

The mangrove forest, marsh grass, pythonplanktons, mollouscus and other coastal vegetation in the worlds’ largest delta are the natural absorbers of carbon dioxide. The stored carbons in the plants contribute significant role in absorption of CO2 , which helps in the reduction of the warming of the earth and other ill effects of climate change .

The scientists has remarked that it is an alarming situation, especially in central Sunderbans , one of the three zones among other 3 zones has been studied scrutiny by scientists. The Byne species of the mangrove forests has eroded to large extents which are necessary for maintaining the carbon level and this species seem to get reduced and it is effect entire ecosystem of the area. There are 34 other species of mangroves found in the forest including Keora and Genwa.

The human population has been on its pace. Hunting and trapping wildlife, cutting and lopping trees for fuel wood and to make charcoal, and trees are over exploited for timber by the forestry are some of the most intensified for timber  by forestry industry . There is a lot of degradation of the environment due to rampant destruction of nature. Imbalance created by humans will affect mankind in future, the harmful effluents are now potential to make their entry in the mangroves as  depletion of species in trees and water bound animals and a large part of salinity levels in the water and land is creating threat. The situation is worsened due to deforestation, less absorption of  CO2 from the atmosphere meant higher proportion of CO2 in the atmosphere and a lot of heat is trapped. There are certain amount estimated for the absorption of carbons for example, 114 tonnes per hectare is the absorption capacity  in Indonesia and Vietnam mangrove forests are nearly 80 to 90 per  hectare

The main reason for the reducing capacity to absorb carbons are due to mangroves grow on fresh water, but lack of fresh water and increased salinity is deteriorating condition of mangroves.

The fewer incursions of humans in western part have let the situation to be better at Sunderbans but most of the parts are remaining affected! 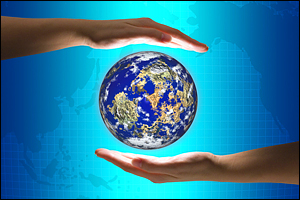 Forestation should be increased and various methods should be used to reduce salinity. If steps are not taken at primitive stage the carbon content in atmosphere may increase the effect of green house effect.
At present the protected areas cover 15% of the Sunderbans are mangroves which includes Sundarban National Park and Sajnakhali Wildlife Sanctuary  in West Bengal, Sundarban East, Sunderban South and Sundarbans West Wildlife Sanctuaries in Bangladesh.

The enormous flora and fauna has been tethered off due to numerous reasons it may explosion of human population or the provoking effect of climate change. There is an urgent need to save our bio diversity, there is need to save the natural bounty existing in the Sunderbans .  Various plans and policies are made up for the conservation of the wildlife and natural bounty in Sunderbans.  It’s the time when, we need to preserve the natural heritage!