You are here: Home \ Environment \ Resources \ Science \ Simple Tips to Save Electricity
Environment
0

Simple Tips to Save Electricity

Are you depressed because you’re making Anil Ambani rich? Does your electricity bill worry you more than your appraisal? Are you considering living in a village so that you can escape this hassle? If so, then this might be of some interest to you. A thinner bill is every man’s dream. I like the idea […]

Are you depressed because you’re making Anil Ambani rich? Does your electricity bill worry you more than your appraisal? Are you considering living in a village so that you can escape this hassle? If so, then this might be of some interest to you.

A thinner bill is every man’s dream. I like the idea of some cash in my wallet, instead of toting one around just for show. There are things I don’t mind paying for, such as a good, long vacation, or a new guitar, or even getting someone to shut up for a while! I worked hard to earn/inherit that money! And all of it seems to be going to an already rich tycoon. Not fair. But there’s no one to sue, so I guess the only option left is to reduce my consumption.

Using less electricity is definitely beneficial to you, but it is even more beneficial to the planet. Even today, the majority of power plants (isn’t it odd that they are called ‘plants’ when they are FAR from green?) still burn fossil fuel to generate electricity. Needless to say, this produces quite a large amount of toxins, and is straining an already over-strained supply of fuels. These plants also are infamous for using large amounts of water (sometimes around 420 gallons to produce 1 MW) when there are sections of the country that don’t even get enough water to drink.

So in their interest, the environment’s, and your own, lower consumption is a good way to go. Being the awesome person that I am, I have gathered a few ways you can lower your consumption without affecting your lifestyle. Here they are:

Before you ask me who a phantom load is, let me tell you it’s not a person. A phantom load is the term used to refer to the energy that an appliance or electronic device consumes when it is not actually turned on. “In the average home, 75 percent of the electricity used to power home electronics is consumed while the products are turned off”, says a report from the U.S. Department of Energy (DOE). These statistics are for the U.S., but they paint a good picture of how much energy can be wasted. The most common culprits of phantom loads are TVs, microwaves, computers, and other appliances that may use remote controls or clock displays. Any plugged in appliance draws a small amount of electricity, so unplugging devices from their sockets is a good idea.

Some ways you can avoid phantom loads are: 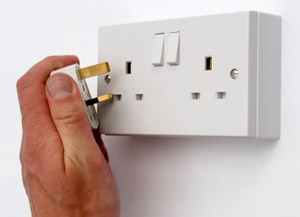 Some of us leave our laptops on throughout the night, some switch it off. So which should you do? Put your computer on standby, or shut it down altogether?

It is true that starting up a device uses more power than when it is running normally. So it’s probably best if you don’t have to keep switching on your device. Not only is it more inconvenient, but you are also consuming more power thinking that you are saving it. In that case, standby is the way to go, or hibernate, but that’s not there in every computer. Hibernate and standby are similar, but hibernate uses less power than standby (on your desktop that is… in a laptop the hibernate option completely shuts down the computer) and takes longer to start. Instead of saving data on your RAM, hibernate stores data on your hard drive in a file called hiberfil.sys. Your files and progress will be safe, don’t worry.

However, if the device is going to be idle for a time period of above 2 hours, then I suggest you shut it down completely. Especially if you don’t have the hibernate option.

Playing a file on CD/DVD uses more power than playing a digital copy of the file that is present on the computer itself. As far as possible, avoid using the disk drive (CD tray). It is one of the components that uses the most power.

Make minimalistic use of external devices such as pendrives etc. These consume more power and will make your battery drain faster, leaving you to rush to a power source to draw more power.

Separating your hard disk into different sections is known as fragmenting. Thus, de-fragmentation is the opposite, to remove the separations. This will make the processor take less time in finding files, and thus make the computer more efficient, and more power friendly.

If you have the money you might also want to consider upgrading to an SSD hard disk, as it consumes less power than a normal hard disk and performs much better too, whilst being lighter.

Properly maintaining your battery will help save power too. Every 2 months it is a good idea to clean the metal tips with cotton swabs and rubbing alcohol. This’ll remove any dust or corrosion that may hinder its performance.

Another important thing is to know your battery. If your laptop has a NiMH (Nickel Metal Hydride) battery, then re-calibrate it every now and then by letting the battery run all the way down, then charging it all the way up. If the battery is a Lithium Ion Battery then you don’t have to do this. Manufacturers actually encourage users to top off ( overcharge) a lithium ion battery frequently and to avoid completely discharging it.

And keep your batteries fresh. Charge them only when you know you’ll be using them soon. Don’t charge now, and then use it only a week later. Some of the charge may have drained. 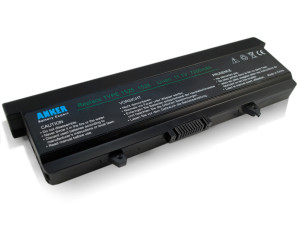 Turning off the monitor if you don’t need it on for 10 min or more is a good habit. Your work isn’t affected in the slightest, but you’re stopping the power flow to a device that does consume a lot of power. Screen savers are a bad idea; it takes more electricity to show a screen saver than a static picture.

If you have an OLED screen then avoid white images since OLED screens consume less power displaying black. 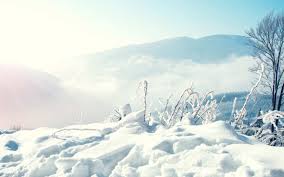 Most of the above points have been computer related, because that’s where a lot of power can be saved. But you can also save a lot by replacing your light bulbs with CFL bulbs. They consume a lot less power, and provide good light. They use 75 percent less energy and last about 10 times longer than incandescent bulbs. Yes, they do use mercury, which is not very eco-friendly, or human friendly, but they don’t leak mercury, and actually lower mercury emissions because they consume less electricity, hence reducing mercury emissions from power plants.

However, it is not an adequate source of light for reading unless the light is placed close to you. Keeping it at the normal height for a light and reading may strain your eyes. But this is easily solved by simply having a CFL table lamp nearby.

Give your geyser a break if you can. Cold water showers are much more refreshing. If possible, get a solar-powered geyser, or a geyser with a water container, because the geyser can simply be put on for a little over a minute and it’ll heat up a certain amount of water in its tank. This much is more than sufficient for a bath. Better than the variety where you have to keep the geyser on for the entire duration of a bath. You can also try setting the thermostat to 50 degrees to lower the heat.

“Potted Plants?! How will that help conserve electricity?” It does. Plants have a way of lowering the temperature by absorbing heat. Very effective way of keeping rooms cool. You can happily avoid the AC. Green, scientists have found, is also the most soothing colour to your eye. So potted plants are a win-win. 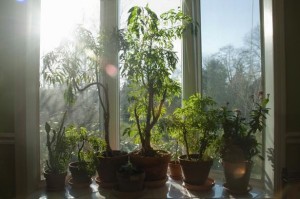 potted plants on your window sill have a way of cooling the room. They look nice too

I do hope this little list helps you. These are all simple steps to reduce your consumption. You don’t need to spend any large amount of cash to do them, and your money can now stay with you. So why are you still reading this article? Go ahead and implement them!