You are here: Home \ Environment \ Going Green \ Health \ Where there is Smoke: Causes and Effects
Environment
0

Where there is Smoke: Causes and Effects

Have you ever wondered what that grey blanket could be that envelops our sky nowadays? Well that is smog. Smog is nothing but smoke and fog. Smoke can be the result of natural incidents and man-made events. It is a fire by-product. Unfortunately smog is totally a man generated phenomenon. The smog menace has been […]

Have you ever wondered what that grey blanket could be that envelops our sky nowadays? Well that is smog. Smog is nothing but smoke and fog. Smoke can be the result of natural incidents and man-made events. It is a fire by-product. Unfortunately smog is totally a man generated phenomenon. The smog menace has been plaguing the population for generations. Smog is yet another result of air pollution caused by humans. The smoke released from factories, cigarettes, vehicles and other stuff accumulate in the atmosphere and create smog. There are a lot of harmful gases present in smoke, the most common being carbon dioxide. Other gases include carbon monoxide, sulphur dioxide, ammonia and hydrogen cyanide to name a few. These gases cause detrimental and life threatening health hazards to living beings and also contributes largely to what we call global warming.

The gases are together called green house gases. Global warming is indeed a terrifying phenomenon gripping the earth for a while now. The environmental impacts range from elevated sea levels to depleted ozone layer. Health hazards are namely cancer and respiratory problems. Hydrochloric acid and chlorofluorocarbons which are sometimes present in smoke can affect the lungs badly. Carbon monoxide poisoning is perhaps the most deadly type of poisoning from smoke. There have been ongoing efforts to reduce the amount of smoke in the atmosphere emitting harmful gases. It should be a joint effort of every human being on the planet and not just a select few.

The issue needs to be addressed at the source. For that we first need to figure out the basic and common smoke sources in the world. This will give us a better understanding of air pollution so that we may be able to contribute to its reduction.

There are myriad sources of smoke in this world. Some of them are harmful, some are not. Here are the most common ones that harm the environment- 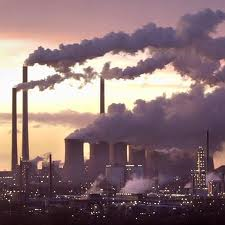 These are the major sources of smoke that we have to address. Except for dust storms or forest fires, all the other major sources are man induced. This says a lot about how man is ruining his own planet and its environment. Because of so much smoke the health of not just man but trees and animals are also getting hampered. Additionally the cutting of trees makes the matter worse. We have to make a conscious effort to curb the production of smoke as much as possible. First we have to stop the burning of rubber and plastic immediately. The potent dioxin produced by the burning of plastic is a carcinogenic to humans and animals. Instead recycle the plastic. The same goes for rubber tyres. Also, don’t try to burn your garbage. Put them to recycle and throw away those that can’t be recycled.

Sometimes people also tend to burn fall leaves, without realising that they are putting their own health in danger. Burning of leaves produce soot, carbon monoxide and benzo (a) pyrene which cause cancer, asthma, heart and lung diseases. Smaller side effects include coughing, chest pain, headache and respiratory problems. 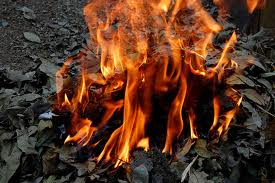 There is an excellent solution to the problem of burning leaves. Instead of buring them, arrange for them to be picked up by the municipality. Leaves can also be put to use by composting them. Think differently and you will definitely come up with a solution.

Most of the gases that are found in smoke are known to cause lung, brain and heart problems, mostly in newborns and foetuses. So whatever you do, don’t cause unnecessary smoke. If you see your neighbours or anybody in your locality burning leaves, plastic or tyres ask them to stop. Be conscious yourself and make others conscious with you. There is enough smoke coming off from factories already, try not to add to it.