Using modern cultivation methods and the high yielding varieties of certain staple crops to produce more food per acre of cropland is well known as the Green Revolution. The two most important problems associated with higher crop production are the high energy costs (which goes against the “save energy” mantra) built into this form of […] 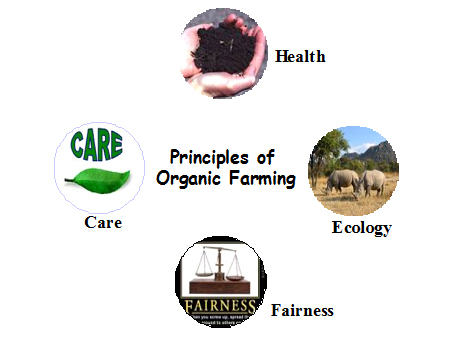 Using modern cultivation methods and the high yielding varieties of certain staple crops to produce more food per acre of cropland is well known as the Green Revolution. The two most important problems associated with higher crop production are the high energy costs (which goes against the “save energy” mantra) built into this form of agriculture along with the serious environmental problems caused by the use of the commercial inorganic fertilizers and pesticides. 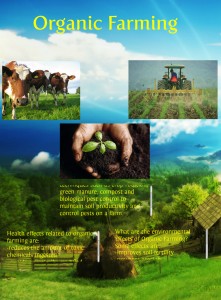 Since agriculture holds the maximum contribution of employment in India, one must ensure that the economy is developing sustainably and I strongly feel that the best and initial step forward towards an ecological future is to have sustainable agriculture. It serves as the grass root solution to the cold war between economy and environment. Therefore, this is again the mantra of the present day scenario where economy and environment are moving apart. Thus, let us have the best techniques possible like organic farming Using organic manure  ,Using safer tools that do not consume energy in unbearable quantities. 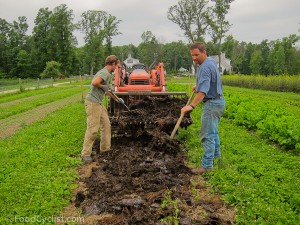 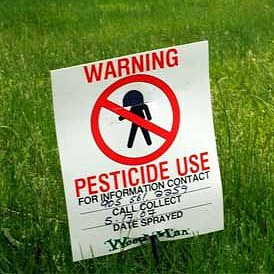 In every agricultural region of the world, negative impacts of agriculture are being felt. The effects of soil degradation and agriculture pollution are more severe in some areas than in others, but there is universal recognition that while food production must increase to meet the needs of a growing population, the productive capacity of agriculture lands must be preserved and nurtured. Farm practices that seek to balance production and preservation are known as sustainable agriculture. The agriculture that manages to feed the growing population with the limited resources available safely and intelligently.
Although it is difficult to define precisely which farming techniques constitute sustainable agriculture, they generally involve intensive soil conservation measures and minimal use of pesticides and inorganic fertilizers. At the present time, the number of farmers using these methods is relatively small, mostly in specialized crops like fruits and vegetables. However, the number of farmers producing grain, meat, and dairy products using sustainable methods is increasing and this trend is likely to continue as long as the costs of chemical inputs remain high and the need to maximise yield per acre is low.
One key feature to drive toward sustainable agriculture is the reduced use of farm chemicals, especially pesticides. Pesticides have been a boon to modern technology based agriculture, but they also have harmful side effects. The side effects of most concern are health hazards to agricultural workers using the pesticides, health effects on the general population through contamination of food, water, are and adverse ecological effects. 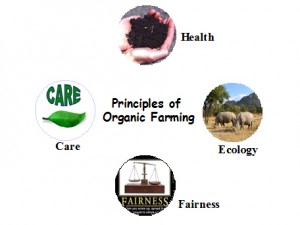 The most severe human health hazards of pesticides are those associated with the occupational exposure of farm workers handling the substances. Workers toiling in the field day and night, at the time of application are exposed, as are those handling crops at harvest time. Accidental exposure is also a major concern. Although pesticides have been regulated to limit effects beyond the farm as well as on it, major problems remain and still exist. For example, non-persistent pesticides that are generally used today do not accumulate in high concentrations in the environment. However, they are highly toxic at the time they are applied; hence, those in contact with pesticides at that time are most at risk.
The general population is also exposed to agricultural chemicals, primarily through consumption of foods containing these substances but also through transport pollution in water and air. Although these exposures are less acute than those faced by agricultural workers and farmers, the number of people affected is much greater.

The combined hazards of pesticides use are great, so too are the benefits in terms of increased yields. Concern for the problems associated with massive pesticide use has prompted research on alternative methods and techniques of pest control, most importantly integrated pest management. This approach recognizes that several different means can be used to control pests, including pesticides, crop rotation and other habitat controls, biological controls such as predator introduction, and other techniques. No single technique is likely to be completely successful in any given place, but for each particular set of agricultural needs and pest-problems it should be possible to use a mix of different control techniques tailored to the situation. This approach will require considerable research and development before it can be widely used, but it offers the greatest promise in solving pest problems without poisoning humans or the environment.