You are here: Home \ Resources \ World after oil- Pongamia oil could be the alternative then
Resources
0

World after oil- Pongamia oil could be the alternative then

What will happen after the biggest and the most important commodity of the entire mankind will vanish? How would be the world look like after the depletion of this incredibly useful resource for us? Yes, I am talking about oil. Oil is the most used resource on the Earth. Oils are used in million number […] 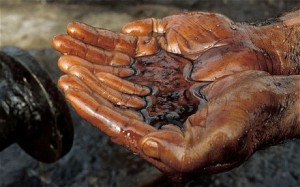 What will happen after the biggest and the most important commodity of the entire mankind will vanish? How would be the world look like after the depletion of this incredibly useful resource for us? Yes, I am talking about oil. Oil is the most used resource on the Earth. Oils are used in million number of ways. They are used in the food we eat to survive and the vehicles we use to travel from one place to another. They form the most important and basic commodity used by any manufacturing industry like power stations, paper and cloth industries etc. So, when there will be no oil, factories will run out of power, there will be complete blackout in cities and soon after a few days all the work dependent on oil will be stopped. Lets have a overview up to what extent this is true and what are the alternatives .
An alarming situation will be created. Consumers rush to petrol stations to fill their cars up for the last time. Oil tankers are called back to their countries of origin to save spending national reserves of oil. Every mode of international transport is now grounded.
Power-stations start running out of diesel. Power cuts start spreading across the world. 5 days after oil, unemployment rises to 30%. Farm animals die due to lack of food. Coal power stations face shortages of coal. 30 days after oil, passenger trains are running on oil rations and the roads are empty of cars.
Energy has been universally recognized as one of the most important inputs for economic growth and human development. There is a strong two-way relationship between economic development and energy consumption. On one hand, growth of an economy, with its global competitiveness, hinges on the availability of cost-effective and environmentally benign energy sources, and on the other hand, the level of economic development has been observed to be reliant on the energy demand.
The old proverb stated above can rightly be used to describe the current energy scenario of India. Today, India has become the fifth largest consumer of fossil fuels in the world. Our energy demand has been growing at a fast rate due to high population growth and economic development. With the rapidly depleting stock of fossil fuel and the subsequent rise of petroleum products, it is expected that our development is going to be hit severely due to non availability of oil and gas. A country which is termed as one of the fastest growing economies, yet has millions and crores of people living below poverty line, the problem of meeting the energy demand with supply is going to be very challenging.
So what are the possible alternatives? Although there are many forms of renewable energy, yet the useful and large scale production of energy becomes very costly. One alternative to this is use of biofuel. Government should make policy on establishment of biofuel plants. Governments may wonder if they should plant crops for food or fuel. But as the situation demands we have to use biofuel as an alternative to fossil oil. The future is biofuel after the extinction of fossil oil.
Honge oil/karanja oil ( pomgamia pinnata) can be effectively used to replace diesel in the near future. Diesel has been the backbone of our economy. We see uses of diesel in many sectors. Diesel is not only used in the transport sector but also in agriculture and industries for generating electricity, running pumps and tractors and big machines. The honge oil can be an alternative to diesel oil. The properties of honge oil are quite close to that of diesel and can be used without conversion in pumps and tractors. The oil can also be effectively converted to bio-diesel and then used in commercial vehicles . There are various advantages of using honge oil. Some of them are following-
1. Cheap cost- The cost of 1 litre honge oil is less than Rs 20.
2. Plant oil if used as fuels can provide good lubrication to the engines.

3. No amount of toxic gases would be emitted, no greenhouse gas emission as the carbon which is taken during the growth of plants would be sent back into the air. This is known as ‘carbon neutrality’.

4. Honge oil can be grown in wastelands and other lands with low nutritional content. The plant is also a Nitrogen fixer .
5. Economic benefit- It will generate large scale employment in rural areas. The average income of the households will increase.
The government which spends thousands of crores providing subsidies on the petroleum goods can use this huge pool of money in other sectors.
Hence it can be concluded that the use of honge oil is definitely an oil which has the potential to solve our energy needs in the future. So we should be ready to accept this resource in the near future. 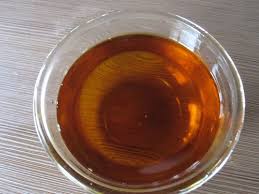