You are here: Home \ Environment \ “Sustainable-Development”, Can these two words really go along?
Environment
0

“Sustainable-Development”, Can these two words really go along? 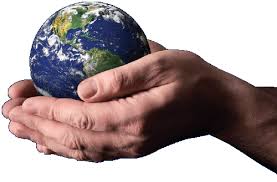 We are the change we have been waiting for!

“Sustainable Development” ever since class VI, children are forced to study a chapter on sustainable development every other year either in their science books or geography books, to such an extent that all of them can parrot the exact definition of sustainable development in almost a second! Many students and scholars have won great many awards by giving great speeches and arguments about the topic. Corporate companies have bend over backwards to show their dedication to it and the world has of course debated how it can be achieved or implemented. Sustainability. Literally, to sustain. We talk of sustaining our resources, preserving, conserving and utilizing in a manner that will leave it for our future generations to meet their need  or for their development. It makes sense for sure. But the real question is- “Is it actually being implemented?”

If the world was following the concept of sustainable development as given in the 1980s then the world wouldn`t have gotten any more polluted. Clean and recyclable energy would have been used everywhere and the resources wouldn`t have gone almost extinct. But all these things do exist in the world giving a vivid proof that sustainability is not being maintained across the world.

In a world where 2 billion people have been added since the concept of sustainable development was first introduce in the Brundtland Commission- how plausible is this concept? Everyone in the world is blaming the other country for not keeping their resource use in check without realizing that the problem is the state which the nations have achieved now- they are independent  heavily on the consumption of resources and reducing them now is almost impossible. Even if they are able to do so somehow then it will hinder their rate of development- which no country wants to be hindered! Countless conferences, seminars and meetings have been held throughout the world to debate on how sustainability can be achieved but they have only debated with no real and effective conclusions. Even if they were lucky enough to get some solutions then also these solutions are not enough to save this world from reaching the next apocalypse. Shouldn`t we first learn to share and then to sustain? Most of us will sit in our fuel- efficient cars and talk of the dolphins and sharks but we won`t look at the dog, so thin you can see his ribcage, sitting 5 feet away. We will talk of the intricate ways to alter social thought but we won`t internalize the same values. If we do not develop a sensitivity for today, why are we talking of one for tomorrow? And will our future generations also be passed on the same lesson? Me first?

According to C.S. Holling and Howard T. Odum- “Development follows a cycle of change from rapid growth on abundant resources through climax and descent as resources peak and decline to a lower energy state in which resources are renewed.” But concepts like these only allow the developed countries to turn away from their responsibilities. There are many developed countries in the world which have reached the peaks of their development but their consumption has only increased with time. They may have been able to control their population growth but that kind of growth leads to a greater demand of material resources which leads to decimation of the world`s richest ecosystems and dumping of billions of ton of heat trapping gases into the atmosphere. Any change to reduce this staggering growth in consumption and development would lead to some major lifestyle changes, which in itself would not follow the concept of sustainable development as the needs of the present generation should not be compromised.

The problem with sustainable development is its very definition- it asks for sustained development which should not compromise the developmental possibilities of the future generation and this type of definition promotes ‘development’ and development does require use of resources. Thus, giving rise to the various global conflicts as each country interprets this definition to maintain their own level of development.

What is required now is a modification in the definition of sustainable development to focus on sustainability of the environmental conditions rather than sustained development because in this greedy world the ‘needs’ of the people are never ending while the environmental stability threshold is not! Also, some key changes are required in the definition of development itself, with a little less focus on its economic aspects and more focus on its ecological aspects. Then only can the world live long enough to see if the concept actually works! Until then I wish, we act together as a single world towards the sole goal of ‘Sustainable Development’ by mending our ways.