For all the people out there who feel that cycling only exists in the realm of childhood where kids are fascinated by the idea of having a personal bike. Gone are those sdays for us and no longer we are impressed with cycles. Adult are seen swooning over posh and swanky cars but never for […]

For all the people out there who feel that cycling only exists in the realm of childhood where kids are fascinated by the idea of having a personal bike. Gone are those sdays for us and no longer we are impressed with cycles. Adult are seen swooning over posh and swanky cars but never for cycles, even though they both are a mode of transportation. 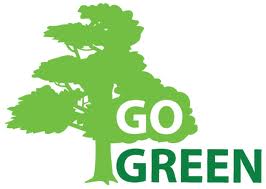 The idea of cycling seems to be extinct from the mind of a young adult. Just as children reach their adolesence they are seen whining to their parents and pleading for a personal motorbike or car. Where has the cycling age gone? Is it really extint? Or is there some scope for its revival and comeback?

Today, when people can eaily afford luxury cars and posh transportation not just for comfort but for showing off their status, I feel that cycles are making a real good comback. There is a rebirth of cycling which is here to stay.

If you are one of those people who are sick and tired of going through the dull and monotonous gyming routine, here is a new deal. Just grab your bicycle and ride through the town. Not only this a reliever from the tideous day but a fitness regime in itself. You burn 650 calories in an hour when you are casually paddling at the speed of 10mph. You cant burn upto 1400 calories in an hour depending upon your weight and speed.

With the constant increase in the polution level of the cities it is best advisable to switch over to alternate modes of transportation. You`re an environmentalist? Great! Cyclying is meant for you. It doesn`t just save your time of being struck in a traffic jam, it also is a escape from being a nature`s murderer.

Cyclying is pollution free and thus is environment friendly. What`s more is that atleast 10 bicycles can be easily parked in the space which is ussually alloted for a single car.

There are different types of cardio exercises but cycling stands out for obvious reason that it`s easy, cheap and environment-friendly. After years of biking you would notice how powerful and strong legs you have built without shelling out much money into the process.

Cycling is good for your entire cardio-vascular system. Its keeps your heart healthy and sound as it helps in proper blood circulation in the body.

Cycling doesn`t only help you lose weight and flaunt a perfectly chiseled out figure but it also provides the much needed mental relief. Cycling  is a grat stress buster. When you head out for a ride in thwe morning the beauty and the serenity of your neighbourhood is definitely gonna charm you. Cycling will give your additional energy to carry out through the rest of the day. It`s a great booster for your body when you want to unwind after a bad day at work.

A physical relief as well as a mental exercise, who wouldn`t the best of both in a single shot?

Cycling is not just a activity which will help you maintain your health physically but also menatlly. The major and the undercurrent to this activity is a much deeper concern for the betterment of the society. Even though people take up cycling only for their personal benefit, let`s not forget the bigger prospect it covers. Unknowingly people who are taking up cycling are working towards a social cause.

The situtaion of the Earth right now is pathetic. The sad part is we are culprits. We have been destroying and rendering havoc to our mother Eart and as a concered and responsible citizen we all must work towards making this situation better. Cyclying has come out to one of the best suited option for it.

According to the recent study carried out by the Imperial College London, the researchers have found that people driving in their cars and public transports like buses and taxis, inhaled more amount of toxic gases than the cyclists and pedastrians.  On an average car and bus commuters inhaled more than 100,000 ultrafine particles which can settle in lungs whereas a cyclist was exposed to just 8,000 ultrafine particles per cubic centimetre. It happens so because riders generally ride along the sides of the road and are thus away from the direct contact with such harmful gases. 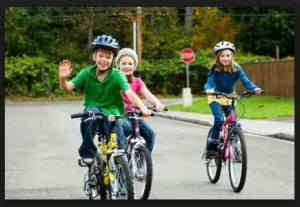 Cycling is a great way in contributing for the upliftment of the environmental status of the world.

In India, many groups of people have joined hands and formed various cycling groups where they regularly go out for a ride while saving the environment. In Delhi itself there are over 15 such groups which express their love for the two-wheeler and nature.

There is a cycling group called ‘North Delhi Cyclists’ which has 150 members in total who go out on a cycling trip every weekend and some occasional days durning the week. They have members aging from 16 to 50 who are avid riders and supporters of nature. They trail around Murthal, Bonta Pae=rk in DU, Ring Road and Gurgaon.

Another famous group of cyclists known as the ‘CycleSutra’ which was started by Ashish Nagpal in 2011 is a bit different from other groups. They have over 2500 members aged between 20-50 who swear by a different theme.  This huge group of people get on their bikes every weekend to explore another eatery outlet and they gain calories while burning them. Fascinating idea with the unlying motive to help save the Earth.

Now what are you waiting for? Get out that dusty bike which you have stored in your garage since a long time. Get on it! Work towards fitness and help make this Earth a better place.