You are here: Home \ Going Green \ Sustainable Seafood – Everything you need to know
Going Green
0

Sustainable Seafood – Everything you need to know

The earth’s bounty hidden in the depths of the oceans had been ceaseless in prehistoric times. But sadly, man has enacted careless deeds which have adversely affected the marine life in recent times. In order to put a full stop to this destruction, the Sustainable Seafood Movement was initiated in the 1990’s and has favorably […]

The earth’s bounty hidden in the depths of the oceans had been ceaseless in prehistoric times. But sadly, man has enacted careless deeds which have adversely affected the marine life in recent times. In order to put a full stop to this destruction, the Sustainable Seafood Movement was initiated in the 1990’s and has favorably reduced the probability of jeopardizing the oceanic habitat.

What is ‘Sustainable Seafood’?

Sustainable Seafood can be defined as the seafood which is farmed or reared in such a way that the long term vitality of the species are kept into consideration as the foremost importance.

Over the years, people have developed a liking for seafood which has directly or indirectly affected the marine life. Hence, it might well be said that what we consume and the amount we consume, if controlled can make a huge difference and also sustain the marine life. Sustainable Seafood has been proving to be promising as it meets the demands of mankind without jeopardizing the life dwelling in the depths of the oceans. Sustainable fisheries usually target those species of fish which are lower on the food chain as because they are  quick and plentiful reproducers. The sustainable fisheries also safeguard and curd harmful fishing practices like bycatch, dredging etc. Seafood should be tracked and monitored right from the start- farming, to the fishing boats and lastly to the dinner table.

If sustainability is practiced with sincerity and diligence, it can well reduce environmental disasters like pollution, disease and other harmful damages of the coastal ecosystems. There are two departments which work towards sustainability of seafood:

a)     Seafood from sustainable capture fisheries

b)     Seafood from sustainable aquaculture.

Before we proceed further, it is important for us to know what a sustainable capture fishery is:-

CHARACTERISTICS OF A SUSTAINABLE CAPTURE FISHERY:

a)  It has low risk to fishing pressure and hence has lower possibility to be over-fished because of their natural life history characteristics.

d)   Lastly, it consists of a management body which puts into consideration all the local, national and global norms and adopts an approach which doesn’t affect the integrity of the ecosystem.

Aquaculture, as mentioned earlier in this article, plays an important role in this picture. The Oxford Dictionary defines ‘aquaculture’ as “the rearing of aquatic animals or the cultivation of aquatic plants for food”. In terms of concepts and strategies, aquaculture is very similar to culture fishery where a particular organism or several nominated organisms are grown in a much controlled atmosphere.

a)     It utilizes less wild caught fish and then produces in the state of marine seafood protein and thus serves as a source of protein to the society.

b)     Does not give rise to any substantial risk of pernicious effects on wild fish inventories through the decampment of reared fish.

c)      It adopts methods which cater to reduce the excretion of organic wastes and various other impure products so that it doesn’t affect the ecosystem majorly.

d)     Lastly, it effectuates the local, national and international norms and regulations and uses a preventive approach, keeping in mind not to create adverse and irreversible affects on the ecosystem for the regular industrial operation. 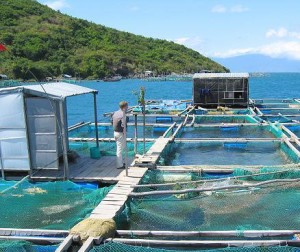 DID YOU KNOW, the TSUKIJI FISH MARKET, Tokyo, Japan, is the largest fish market (wholesale) in the world! It sells almost around 400 types of seafood and variety ranges from cheap seaweed to sea urchin and caviar which reaches a price of around hundreds of dollars. 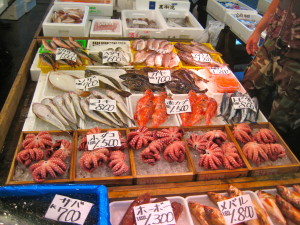 Now that we know that sustainable seafood is actually farmed or reared fish, a very natural question may arise, “how do we know whether the seafood we are purchasing is produced sustainably or not?”

The answer to this question is the Marine Stewardship Council, which in 1996, devised the first certification program- Eco-labeling. In this program, the production process is analyzed with a set of environmental standards by an autonomous third party. The ecolabel not only helps the consumer to know that the seafood was sustainably produced, but it also proves to be a gain for the producer, as the product reserves he has are all certified to the MSC standard and hence they can independently apply premium prices to their products. After the implementation of ecolabeling, it has been a key to profit for the producers as well as the consumers. Around the world various awareness campaigns are held on a regular basis which aims to enlighten the public about sustainable seafood, how the species are reared, and their supply of protein and also guides the consumers which seafood would be the best choice to be consumed and which to avoid.

Here’s a seafood guide, by Seachoice

which highlights, which  10 species of fish are the best to be consumed and which to be avoided:

What is Marine Stewardship Council? (MSC)

Marine Stewardship council is a universal non profit organization working for the conservation of the oceans in the world. The aim of MSC is to implement certified standards and utilize ecolabeling methods and create awareness among people of how important it is for us to contribute towards the conservation of the oceans. The MSC in collaboration with scientists, fisheries and various seafood companies educates and motivated the public to make ecofriendly seafood selections. The MSC however is not directly responsible for the certification of fisheries, but are certified by an autonomous third party to avoid biasness. The standards fostered, i.e., setting standards for certified fisheries and ecolabeling, are done to prevent overfishing to conserve salubrious ecosystems. The three standards set up are:

HOW DOES THE STANDARDIZATION WORK?

The NOAA is a national body which governs all the marine fisheries in the nation. The aim of NOAA is:

What methods has the NOAA adopted to regulate these aims? 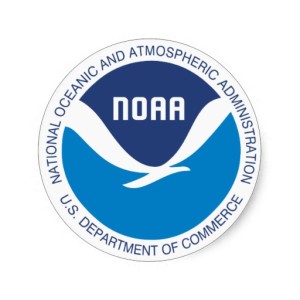 The NOAA has adopted certain ways so as to meet their mission of replenishing and preserving the ocean life:

All these are the methods that are adopted by the authority, and how do we contribute towards the conservation of ocean life?

Simple, just make sure you do these little deeds and save the beautiful water bodies our mother earth bears.

Switch off the lights and fans of your house when you leave or when not required, because remember over consumption of energy leads to climatic change which directly affects the oceans. 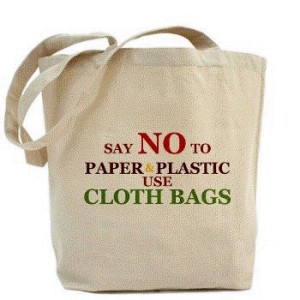 Plastics which are used usually end up being oceanic contaminants which contribute to the destruction of the oceanic habitat. Limit this by using paper bags, reusable water bottles and use non-disposable containers to store food.

Whenever you land up on a beach for a holiday or outing, make sure you clean the area before you leave

4)SAY NO TO THINGS WHICH HARM MARINE LIFE

5)BE A MARINE LIFE FRIEND 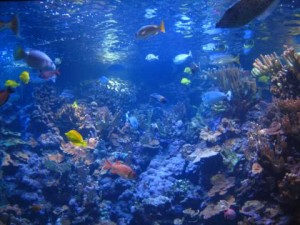 Your cat’s litter if flushed can end up in the ocean and harm the marine life as it contains pathogens. Also don’t liberate your aquarium fish in the ocean or any other water body as it adds ti the disruption of the existing marine life as a result of introduction of non native specie,

Spread the information you get from these campaigns and educate the public about the hazards caused as a result of our ignorance and carelessness and the remedies to abolish these.

8) BE A RESPONSIBLE OCEAN TRAVELLER

When you travel by sea, make sure you don’t throe litter overboard and harm the marine life and contaminate the ocean

9) EDUCATE YOURSELF ABOUT MARINE LIFE

Gather knowledge and learn about the environment and try to abolish or at least minimize the disruptive activities which may harm oceanic life and destroy it. 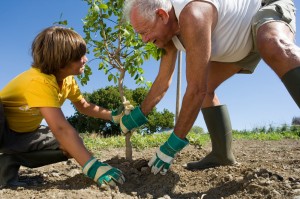 Lastly remember trees can prove to be a source of replenishment for mother earth. It not only cleans the air, but has a hand in the atmospheric cycles. Hence plant trees and save the ocean, save the planet.