Even though I’m not a man of poems, or a literature nut, I have to say, William Blake’s ‘The Tyger’ I will always remember. For some inexplicable reason, it has been branded into my brain, ever since I learned it in school. Its verses have not left my mind, even after 7 years, and today […]

Even though I’m not a man of poems, or a literature nut, I have to say, William Blake’s ‘The Tyger’ I will always remember. For some inexplicable reason, it has been branded into my brain, ever since I learned it in school. Its verses have not left my mind, even after 7 years, and today when I revisited it, I understood why.

Regardless of the genius of Blake himself, the real beauty of the poem lies in the beast. To call this wonder a beast itself is criminal. Blake regards the tiger as a work of art, and I have to say, I completely agree with him. 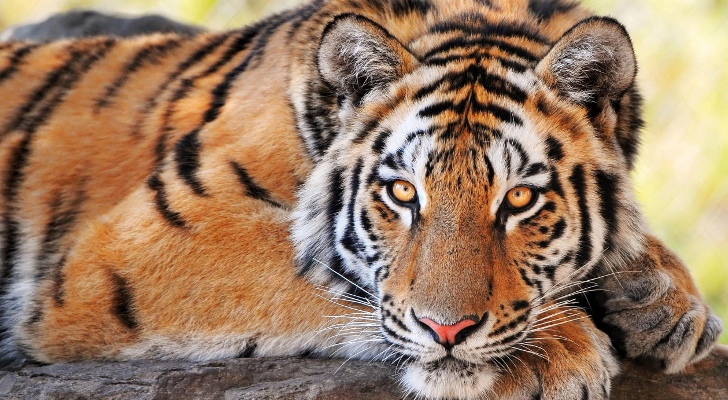 Reaching a length of up to 3.38 meters, and weighing a hefty 388.7 kg, the tiger as we all know, is the largest cat of the cat family. The true scientific name of the tiger is Panthera Tigris. It is carnivorous, and a solitary but social animal.

It is a matter of pride for us Indians to say that the Tiger is our national animal. India is in fact home to the largest tiger population in the world. And there we may feel another bout of pride. But let’s not celebrate just yet. You haven’t even heard the number so far. The number is estimated to be a dismal 1400. In all! We can make room for 1 freaking billion people, but can’t even share enough room for a couple o’ thousand tigers?!

And this is the highest tiger population in any country! The total number of tigers outside captivity is estimated at only between 3,000 to 4000 individuals. What a pathetic figure. And what a shame to us, because the reality is that the top reasons tigers are dying is because of habitat destruction, habitat fragmentation and poaching. That’s right, we are one of the main reasons the tiger population has dwindled from 100,000 at the beginning of the 20th century, to this appalling number. And the numbers only get worse. Over the past 100 years, tigers have lost 93% of their historic range!! They have been extirpated from southwest and central Asia, from large areas of Southeast and Eastern Asia, and from the islands of Java and Bali. Today, they only range from the Siberian taiga, to open grasslands and tropical mangrove swamps. The area occupied by tigers today is less than 1,184,911 km2 (457,497 sq miles), which is a 41% decline from the area estimated in the mid-1990s, which should show you just how fast their habitat is being destroyed.

So why is protecting tigers part of green living? Well, tigers are animals, and they are an essential part to the many ecosystems that they inhabit. No ecosystem would be complete without a top predator, and the tiger serves this purpose. If tigers weren’t present, their prey would see a massive increase in numbers, which is unhealthy for their environment. More mouths means more food is consumed (plants, shrubs, grass etc, depending on the animal). Overconsumption may leave the land barren and unfit to live in, effectively turning it into a desert. This is not what we want. Having a predator keeps the balance.

The Indian government too recognized the importance of tiger protection. In 1973, Indira Gandhi initiated PROJECT TIGER. It established 25 tiger reserves on reclaimed land, where development was forbidden. The project managed to raise the number of tigers from 1,200 in 1973 to over 3,500 in the 1990s. However, a 2007 census showed that numbers had dropped back to about 1,400 tigers because of poaching. The results of this report led the Indian government to pledge $153 million for the facilitation of various actions like combating poaching, relocating 200,000 villagers so as to reduce human-tiger interaction, and the setting up of 8 new tiger reserves. Other initiatives and successes of our government include reintroducing tigers to Sariska Tiger Reserve, and successfully countering poaching in Ranthambore National Park in 2009 (or so is the claim). 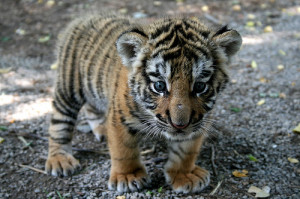 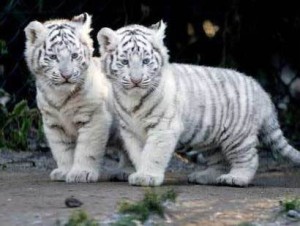 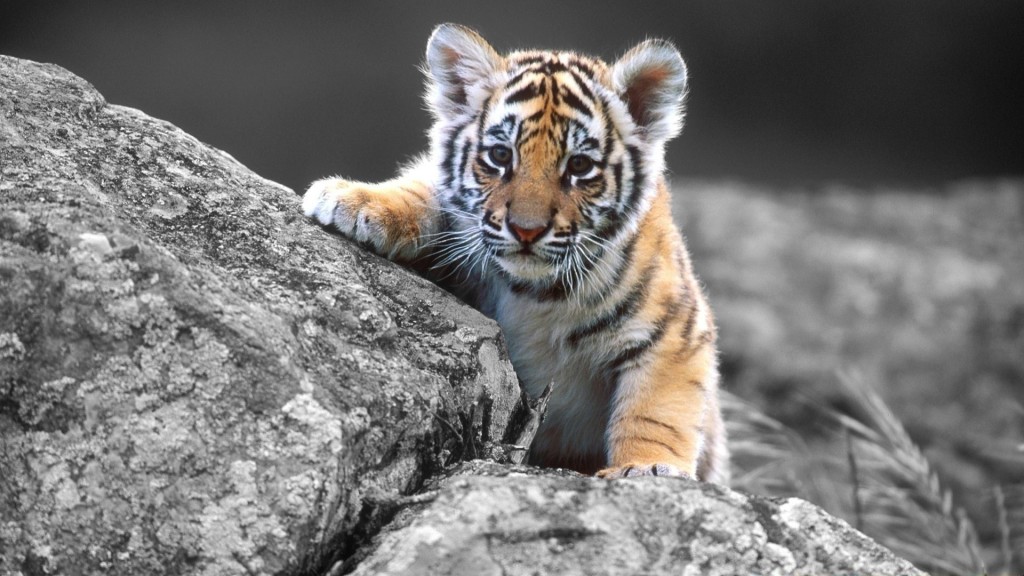 Look at these scruffy little fellas. How can you not love them.

Besides poaching, another dastardly habit of humans is hunting. Hunting for ‘the pleasure of hunting’. Although this doesn’t occur frequently anymore, there are still pockets of idiots who do go hunting, and I want to take this chance to bring to light just how stupid their ‘sport’ is. First of all, they come equipped with guns, so the poor tiger (or any other animal for that matter) doesn’t even stand a chance. The hunter most often sits on the back of a horse too, so his lazy butt doesn’t even do any work. Where is the sport? And which fool finds murder a sport?! Because that’s just what this is! Are we still in the middle ages, when the cost of ‘sport’ was that the loser forfeits his life?? And he’s not even a willing participant in the ‘game’! Dominant species of the planet…pfft. I’d like to see the roles reversed, and watch the fun then. 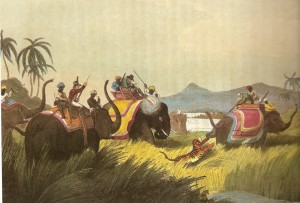 It was a status symbol to hunt, and kill tigers, and was often done by the British when they had colonised India, and was also a common practice amongst the Maharajas

There have been instances where tigers have killed humans. I’m not referring to a mishap in hunting. I’m referring to proper attacks. Tigers are a species that have killed the maximum number of humans. But this isn’t a standard or normal occurrence. Tigers without prior human contact prefer to keep their distance from us. It is only when space constraints and farming encroach into tiger territory that these problems arise. Other reasons include accidental provocation, when a human stumbles in between a mother and her cubs, or unknowingly startling a tiger, like a case in India only where a postman startled a tiger with a bicycle, when the tiger was used to seeing him on foot. These instances have increased in the last decade, and have put a strain on human-tiger relations. Only rarely will a tiger view a human as prey, and that is only after it has already had experience killing a human. Even so, it is understandable that the families of the deceased will want revenge and security, but under these circumstances, it is essential for the intervention of the government and NGOs so that the best, and preferably peaceful resolution, can be implemented. With such a small number of tigers remaining, every single one of them counts for the survival of the species. 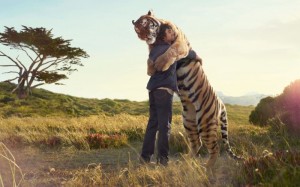 It is possible for man and tiger to peacefully coexist. We just need to make an effort 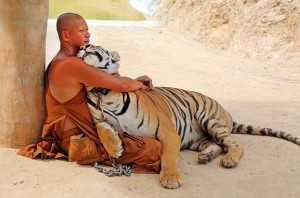 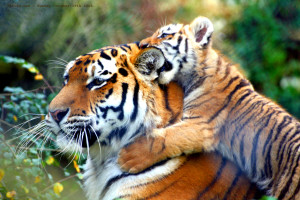 Humans and Tigers Have a Lot in Common

Around the world, organizations are rising up to take the stand for the big cats. In Mumbai and India alone there are many organizations that are looking for help to save tigers, so if you truly want to make a difference (and I pray that you do), then you can contact any one of these NGOs and they will make the best use of your efforts to make a difference, even if you can contribute only very little. It is the number of people contributing that will count, not the amount contributed. So please be a part and make an effort. Even though global awareness of the tiger’s situation seems to have spread, until their numbers increase significantly, we will have to hold our breaths and wait. And wait we will, for the day when the Big Cats will roam the plains, once again. 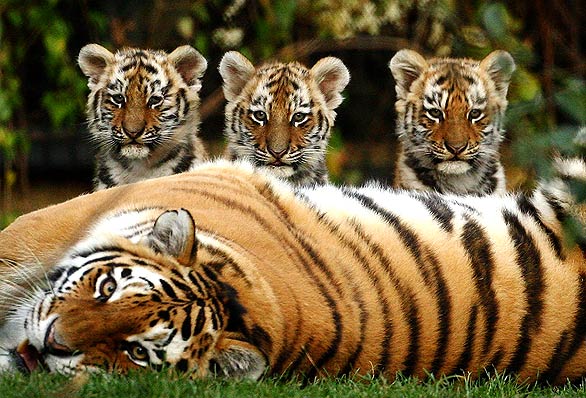