Do you think we are only living being suffering from global warming? our country is home to a diverse array of wildlife ranging from the highest peaks, to the driest deserts, to freshwater and marine environments and to all the places in between. The abundant and diverse wildlife resources, which are so important to […]

Do you think we are only living being suffering from global warming? our country is home to a diverse array of wildlife ranging from the highest peaks, to the driest deserts, to freshwater and marine environments and to all the places in between. The abundant and diverse wildlife resources, which are so important to our culture and well-being, face a bleak future if we do not address global warming. 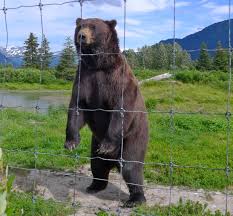 This increasing temperature may have affected us but we have found various solutions towards our problems, but what about animals which are trembling to survive! We are not only one who are affected. Let us for a once think for the animals who play significant role for balancing the environment.

Climate change has proven the drastic negative effects of human activity on the world’s oceans and the threat to life on earth, rapid deforestation –increasing metropolitan cities – rising human population, has proved to be disastrous. Deforestation has deserted animals from their home. It has also affected the economy of various states depleting animals in the mangroves and wild life sanctuaries have lost the visitors and are less taken care off. We should think on the saving and protecting our wild life, somewhere at the cost of technical developments and materialistic developments. 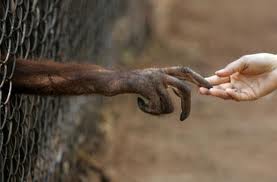 Now there is need to save earths wealth. There is also an un-hesitant killing of animals which we need to cease! A national survey in India in 1980s revealed that humans inhibited 69% of Protected Areas. It is believed that an area of tropical forest 4 times the size of Switzerland disappears every year!
Forest lands in the developing countries have declined to half of the original! Destruction of forests leads to the destruction of wildlife. For every plant species that becomes extinct up to 30 dependent animals and insects die. Earlier in this century there were about 50,000 tigers in India, but there are now less than 2000!
Sri Lanka is a classic example, which can be cited while mentioning a place where the tusker population has been reduced to zero! 95% of the elephants that were killed in India were tuskers whose existence has been endangered due to poaching for ivory. According to the estimate provided by Airport, Bangalore Asian Elephant Conservation Center, on an average 250 tuskers are killed every year in India. In a period of about 400 years, on an average, every year a species has become extinct. By 1985 this rate had increased to one species per day! According to a study of World Watch Institute minimum of 140 plant and animal species are condemned to extinction each day. There was a time when 40% of the land on earth was covered with forests. Unfortunately, only 1/3rd part of the land is now covered with forests and the rate of decreasing green cover is increasing day by day. A 50 year old tree generates oxygen worth 5.3 lakh rupees and 5.3 lakh rupees of shelter for birds and animals. Hence, destruction of one tree is worth loss of more than 32 lakh rupees!

Wildlife is at the brink of destruction! Due to destruction of forests, pollution, climatic changes and extensive hunting of animals, many species of wildlife have become extinct. With extension, when a species disappears, it is gone forever! Wildlife destruction has upset the whole mechanism of natural regulation and balance, which could endanger our very existence. Animals are being used widely in drug research nowadays. Scientists believe that animal experimentation is necessary for the progress of medical sciences. They may be right but what we need is a balance between biomedical research and animal welfare.

Something has been done, a lot more needs to be done. We have to develop harmony with nature as against conflict. Environmental issues should not only be discussed and talked about, but efforts should be made to do something at all possible levels. This issue needs to be a part of the public agenda. The concerned authorities should safeguard forests. Poaching and illegal hunting should be stopped. The export and sale of animal products should be completely banned. Habitats of the wildlife should be conserved like forests, wetlands, etc. Massive afforestation programs have to be set in motion. Eco-friendly stationery can save hundreds of bamboo or eucalyptus trees. Recycled paper use should be encouraged. Forest fires need to be prevented. Our political and legal systems alone can accomplish much. To prevent the inhuman slaughter and hunting of these animals and birds, voluntary organizations should come forward and fight for this cause. We should protest if trees are being illegally cut down. We should support and participate in the programs of environmental groups and agencies.

It is true that man has caused these problems; it is equally true that the solutions are also to be provided and implemented by man himself!  We have to make serious efforts toward its conservation. The future generations should be given the opportunity of witnessing the unique and beautiful Planet earth of ours and not read about the green planet in the books of fiction! We have no option but to conserve nature or its bankruptcy will extinguish us all! Climate change will greatly reduce biodiversity, even for many common animals and plants.

Let us support being united and support the wild life!