You are here: Home \ Environment \ Tourism (Pollution): Not so Incredible!
Environment
0

Tourism (Pollution): Not so Incredible!

‘Look mom! There’s a bunch of deer!’ squealed the 5 year old kindergartener. Piercing through the regular jungle sounds was his excited squeal. It wasn’t much of a happy thing for the deer though, who got startled and darted in the other direction in Jim Corbett National Park. The diaper of the baby was strewn […]

‘Look mom! There’s a bunch of deer!’ squealed the 5 year old kindergartener. Piercing through the regular jungle sounds was his excited squeal. It wasn’t much of a happy thing for the deer though, who got startled and darted in the other direction in Jim Corbett National Park.
The diaper of the baby was strewn around near the sea shore in Puri.
Cola cans could be seen in place of ferns on the mountain slopes of Nainital.
Tourism may be a big revenue source for countries and a great deal fun for all tourists however, irresponsible tourism is a bane for the environment, especially sensitive spots.Apart from all the litter and noise that tourists create, a serious load of damage to the environment is done too.

Water resources:
• The tourism industry uses a really large amount of water everyday globally. What is worrying is that a large fraction of this water (mostly freshwater) is wasted like there’s no tomorrow. Water resources are exploited for hotels, showers, mini-lakes in golf courses, swimming pools and personal usage by tourists. 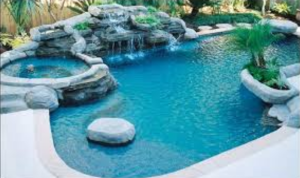 • To meet global criteria of hospitality and luxury standards, a lot of hotels change their swimming pool water daily, resulting in depletion of resources, especially freshwater.
• Not only this, a large amount of waste water is generated as well. Regions with ill-equipped waste management units let the sewage and waste water out into the open seas or other water bodies.
• An average golf course in a tropical nation requires a lot of water to maintain its ponds, even more than the needs of an entire village. Golf has become more and more popular as a luxury than as a sport and the number of golf courses has shot up drastically. The maintenance of each golf course requires a lot of water, putting a strain on the water body or groundwater. 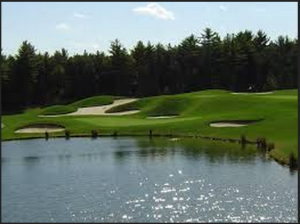 • If a pump is being used underground, there are chances of saline inclusion in the water. This not only gives salty water but also changes the texture and ph of the soil around the ground water pool. Major effects on the soil quality have been seen due to this small change.

• How many times have you seen people hurl out food, disposable containers, plastic bags, etc. from the train? If you inspect the tracks you can see evidence of the sheer waste and heaps of garbage created by the large mass of travelers and tourists. In India, the tracks mostly cut through agricultural fields. The garbage sometimes spills over into the fields. Would you like eating vegetables picked from a crop laden with garbage?

• Littered grounds left by campers in forests are often later foraged by wild animals. Plastics are often ingested by herbivores, leading to gastrointestinal infections in them.

• Many sea birds are dying and on inspecting their carcasses, large amounts of plastics and such non-biodegradable wastes have been found. Carcasses found in islands more than 2000 miles away from mainland show such findings. Tourists visiting islands are much to blame here.

• Tourists littering around in water bodies is also an issue. Many a time prime estuaries have been choked due to littering by tourists.

• Caribbean cruises produce approximately 70000 tons of waster per year, most of which is dumped into the ocean.

• Trekking and mountaineering tourists leave behind camping equipment, oxygen cylinders, soda cans, etc. that cannot be decomposed. This has been termed as the ‘Toilet Paper Trail’ in Nepal or the ‘Coca-Cola Trail’ in the Andes mountains in Peru. 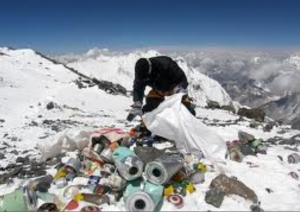 Sewage:
• Simple story: More the number of tourists in far-off, fragile tourism areas, more the amount of sewage waste generated. Twist in the story: More fragile and difficult to reach the spot, more pressure of waste disposal. This results in sewage overflowing here, there, everywhere.

• If seawater is contaminated with sewage, the pH of the water changes, making it difficult for the sustenance of delicate marine life.

• Increased growth rate of algae and change in the salinity inhibits the survival of coral reefs, all because of sewage pollution.

• The growth of kelps is also hindered. There is a wide range of ill effects of sewage pollution.
Air Pollution:
• Transport of tourists causes a big chunk of air pollution. The prime cause of air pollution in the urban regions is automobile exhaust. Especially mountainous regions face a big crisis of transportation and thus, air pollution.

• Long and snaky lines of vehicles en route to Kedarnath, Leh, Gangotri, etc. can be seen moving inch by inch. Due to the constantly occurring traffic jams and slow movement of vehicles, the ignition is always on, thus giving up clouds of green house gases into the atmosphere. 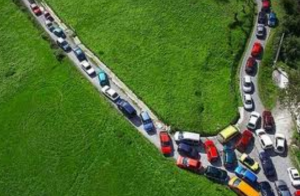 • Sometimes, when the air is rare and fog is heavy, these polluting vehicular exhaust gases combine with the fog to give a denser air that is choking to the lungs. Asthma and heart patients face severe risk at this point.

Noise pollution: Noise pollution is another issue that is synonymous with tourists. Camping parties, large family groups, vehicles, etc. are always sources of great noise and disturbance. Forests and wild animals are scared due to this. 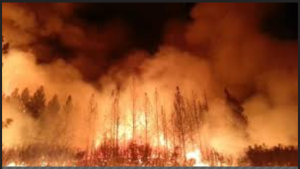 Mass killing shelled mollusks and oysters, felling of special trees, exploitation of other indigenous resources occur to feed the demand for tourism souvenirs. A lot of aesthetic pollution may also occur. For example, a large jutting out mansion-like resort in a jungle looks out of place.
While going on tours and trips, make sure to be a responsible traveler. Don’t do things that you would not like to have done to your home. After all, every spot on this planet is some creature’s home.