Migration of people from villages in hope and desire to live a better life and enjoy the comforts offered by cities and metros is not a new story. They want to do little work and earn large sum of money. They want to move to urban areas and leave behind their ancestral land and get […] 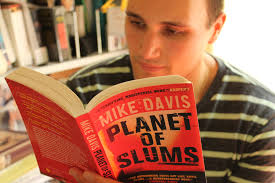 Migration of people from villages in hope and desire to live a better life and enjoy the comforts offered by cities and metros is not a new story. They want to do little work and earn large sum of money. They want to move to urban areas and leave behind their ancestral land and get better joys and better pay in the urban settings.
Many socio-economic problems are created when there is a flow of large chunk of people from villages to cities. One of them being creation of slums on large scale. When large population of villagers migrate to urban cities with no money in hand and no proper support or guidance they are forced to sleep wherever and however they can manage. The density of population in cities shoots up drastically and the basic civic amenities in urban areas fall short.
There are many reasons due to which people migrate from villages to cities. The most important reason being population growth. Since, the cultivated land can no longer support the landless agricultural farmers and laborers, they have no option but to leave their lands along with their women folk in search of some form of employment. The unemployed and landless villagers also come to the cities because the factories there could fetch them the job of factory workers. With lack of education and due to limited money in hand men are forced to take up unskilled jobs at construction sites or so and women get jobs as housemaids. Due to limited resources they build temporary houses like jhuggi-jhopdis or sleep on the footpaths. Later, these workers call in their relatives and friends from their hometown/villages. In due course of time these jhuggi-jhopdis turn into slums covering a wide area. In some cases when these people go back to visit their families, the village folk get fascinated by their talks and life-style of the city and dream of living such a life. As a result of which they too move to the cities without knowing the actual life of these people in the cities.
The spread of education in villages also plays a very important role in the migration of rural people to cities. After completing his/her graduation, these people feel that engaging in agriculture is a below- par profession and a below dignity profession. They feel that everyone would mock at them if they knew that they are from agricultural background. In search of white- collared jobs they move to the cities. This is the reason why today fewer people, mostly aged people are involved in agricultural related jobs while their kids look for lucrative jobs in the cities. 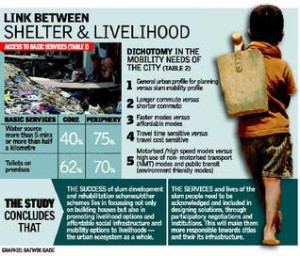 These slums lack basic amenities required for survival, like that of clean drinking water, electricity, sanitation, and even proper toilets. They have to walk a few several miles to urinate or collect water. Hygienic conditions are at worst, either there are no drains at all and if present they remain choked all the time. With very less access to basic amenities these people make nearby areas only as a place of dwelling. They dump garbage wherever they find place without even thinking about the consequences. These garbage areas become a breeding ground for many deadly diseases. Because of the unhygienic conditions in slums, the slum-dwellers become an easy prey to diseases like cholera, malaria, jaundice, etc. Not only that, when it rains their shelters get washed away.
The concern is not only about the way these people are living or dwelling in urban areas it is also about how these slums turn cities into a filthy place. On one side we can see posh sky scraping buildings with all the comforts and when you peep out you see a whole new world filled with filthiness around slums. Not only these slums acts as an eyesore on the community and foreigners who come to visit India, but the slums have covered extremely valuable land in posh areas of the cities.
The financial capital of India; Mumbai is one such city which has the maximum amount of area covered in slums. The Government has limited control over these slums s also has not worked out as a solution because firstly, there is a big political chaos over who should get and shouldn’t. Secondly, the slum dwellers take these new homes as a way of earning money by either putting them on rent or selling them and again moving to the slums.
What is the solution to this problem? We just can’t throw these people out of the cities because they are an integral part of the cities as most of the low level important jobs are done by them alternatively, we can’t let them occupy the important and valuable real estate lands. Broadly speaking, these slums are perceived as a road block if a city is dreaming of a world class look. These slums can be viewed as a partial solution to a bigger problem as a major chunk of informal employment comes from the slums. The best way to deal with the problem of slums would be to stop the migration of landless laborers to cities by providing job opportunities to such people in the villages. Various laborers intensive industries can be installed in the rural areas. Better facilities should be provided in rural areas so that people do not get enticed to the life of the cities. Slum dwellers should also become more responsible towards cities and infrastructure and when provided with better houses and amenities should move on to live there. They should take it as a better livelihood option.