Nature has bestowed us with many gifts. They are commonly called as NATURAL RESOURCES. The natural resource has made this planet liveable and have supported the evolution and sustenance of living organisms. Natural resources can be classified as PHYSICAL RESOURCES or BIOTIC RESOURCES  and in another way as RENEWABLE or NON RENEWABLE RESOURCES. As India […]

Nature has bestowed us with many gifts. They are commonly called as NATURAL RESOURCES. The natural resource has made this planet liveable and have supported the evolution and sustenance of living organisms. Natural resources can be classified as PHYSICAL RESOURCES or BIOTIC RESOURCES  and in another way as RENEWABLE or NON RENEWABLE RESOURCES.

RESOURCE: They are anything which we get from the environment to meet our needs and wants. Some resources are directly available for use, where example being fresh water, air, plants and animals.

Natural resources are the raw materials available in the environment that organisms use for their survival. They may be either biotic or abiotic. The food you eat, the clothes you wear, and the roof over your head- all of these are necessary for your survival and they come from natural resources. Natural resources can be defined as those parts of nature that can provide goods and services for humans including opportunities for recreation, the appreciation of scenic beauty, and the disposal of wastes.

Natural resources can be broadly categorized into following three categories:

One category of resources consist of raw materials and energy resources used by humans. Usually these are used as inputs into the economic system. They have traditionally being regarded as natural resources. Eg, minerals, coal etc.

The natural environment also provides the essential life- support system for humans, including oxygen to breadth, and water to drink as well as material goods such as food. 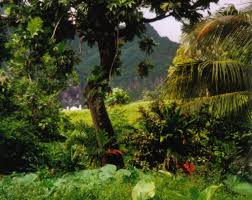 Thirdly, another group of resources comprises parts of the environment that can provide services rather than material goods.

Another common categorization of natural resources is into RENEWABLE and NON RENEWABLE RESOURCES, or alternatively as FLOW or STOCK resources. Solar energy and water are example of flow resources which are permanently available in a continuous supply. On the other hand, the stock resources are those whose quantities are fixed and they keep decreasing with their human use. The examples of stock resources being fossil fuel deposits, etc. The former was not affected by human use while the latter group of resources can be modified very easily in the course of their human use.

Renewable resources  are those natural resources that can be replaced by nature over a period of time. These wildlife and solid are renewable resources. Air, water and sunlight are also renewable resources on which all life depends. But their excessive use or reckless exploitation can destroy and permanently wipe them out irreversibly. Eg. Excessive hunting of wildlife species etc.

Non renewable sources are those natural resources that are available only in limited amounts and are not easily replaced by nature. Most o the products you depend upon everyday are made up of non renewable resources. Eg, plastic toothbrush, gasoline etc.

There is another category of natural resources which are aesthetic or amenity resources. Example of such resources are the scenic beauty and peaceful surroundings etc.

India is blessed with a large variety of natural resources. Land and Water are the two most important resources. Besides, the country is also rich in energy and mineral resources. A wide range of climatic and physiogeographic conditions has made India rich in forest and wild life resources also.

They are unique physical resources. Land is a basic resource and provides habitat for all terrestrial plant and animal life. It also provides ground for all ecosystem. Soil and its fertility are very valuable resources which sustain our food production  system and form the basis of the Indian Agricultural Economy.

Soil supports the growth of plants on the earth’s surface and it supplies essential nutrients and provides water needed for plant growth. It also forms the substrate for micro organisms.

Soil of India can be broadly classified into three categories:

Fertile Soil: These are arable and cultivable soils. Alluvial, black and red soils belongs to these categories.

Potentially arable Soil: These include saline and alkaline soils.

Soils which are not suitable for cultivation: example are laterite, forest and hill soils.

Water: It is the most essential component for survival of life. It is distributed on earth in various bodies and forms. Oceans contains 97.2% of total water whereas ice caps and glaciers have 2.15%. Together, these two sources account for more than 99% of total water on the earth but both these resources are generally not of much use to human beings. The share of grand water is 0.32% whereas rivers and streams has 0.0001% of total water.

The main sources of water in India being rainfall and a large network of rivers. India receives annually about 4000 cubic kilometres of water through precipitation. About 80% of the country’s annual rainfall is mainly form the south western monsoon season of June to September, followed by the North west monsoon in November- December. Most of the rainfall is therefore, few months in a year, the country remaining dry for rest of the year. Also, the rainfall is highly variable both spatially and in quantity. It varies from as low as 100 mm in Western Rajasthan to as high as 9000 mm in Meghalaya in the north east India. Monsoon rainfall is usually torrentially in intensity. This results in the tremendous run of resulting in soil erosion.

Energy resources: There is direct relationship between population growth, economic standards and energy consumptions. The energy consumption is increasing rapidly day by day both in developing and developed countries. Coal has been and will be one of the major energy source because of its availability and cheaper cost. It is mainly used for power generation, industries and as domestic fuels. India is the third largest coal producing country of the world.

Since, these energy resources are in limited supply, we have to look for alternatives. There are various options and the potential of many of them is being harnessed. These include solar energy, wind energy, hydro energy, tidal energy, geothermal energy and energy from biomass.

India is endowed with significant mineral resources. India is the world largest producer of mica. India ranks third in production of coal, forth in iron ore, sixth in bauxite and tenth in aluminium.

Forests: Forests are areas of dominant vegetation. They are also habitats for a large varieties of species and wildlife. Many of diverse life forms are located in dense forests. They are very important resources. Forest also helps in the formation of soil. They are helpful in checking soil erosion. They influence climate by way of increasing humidity of air and providing resistance to winds.

Forests are very vital resources of the country. They are of diverse types and are treasures of a large variety of products. They are an important economic resource.  India id fortunate to have diverse forest types.

Plant Resources: India is home to abundant plant and animal life and has a wide range of climates that accommodate a diversity of species throughout the country.

Wildlife Resources: India is inhabited by a wide variety of human life, including almost 5,000 species of larger animals. Several species of cat family, live in some areas of India. Most of these species are under threat of extinction.