You are here: Home \ Environment \ Wildlife Smuggling: Why Do They Do It?
Environment
0

Wildlife Smuggling: Why Do They Do It?

All over the world, wildlife smuggling generates billions of dollars every year. There is a huge demand for animal parts and even though you might not be directly involved in it, you could end up as a possible customer by virtue of the items you use, hence contributing to the ever-growing demand. The abundance of […] 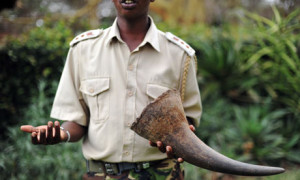 All over the world, wildlife smuggling generates billions of dollars every year. There is a huge demand for animal parts and even though you might not be directly involved in it, you could end up as a possible customer by virtue of the items you use, hence contributing to the ever-growing demand. The abundance of such cases has probably put you in a familiar zone with the topic where you frequently hear about the smuggling that is going on in various forests and protected areas for animal parts. 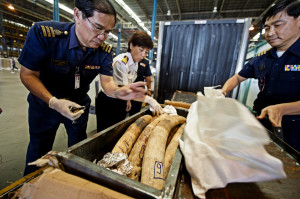 Now, we need animal parts for variety of reasons as some of them have medicinal qualities while others are used to make clothing, jewelry, statues, artwork etc. Among all of these the one that you must have primarily heard of is elephant ivory. Have you ever wondered what the hype regarding an animal’s teeth is all about? Well then, let me tell you that ivory as a natural substance is often compared to diamond and is of great social value. If you only look at the certain intricate art work that has been made on ivory pieces to carve out statues, you will understand. This obsession alone kills thousands and thousands of elephants every year. There are laws preventing it and there are people overlooking the welfare of wildlife but yet is not being enough to save these mammoth species. According to a rough statistic, 23 metric tons of ivory which is equivalent to 2,500 elephants was seized in 2011 in the 13 largest illegal ivory seizures that year. Apart from being such prized antiquities, to further worsen the situation, ivory also has medicinal properties as shown by studies conducted in Guangzhou and Fuzhou. Ivory is also used to make false teeth and though ivory, which has bone like properties can be derived from other animals like hippopotamus, walrus, pig, elk, sperm whale, narwhal and all of them are exposed to wildlife smuggling, it is the elephant ivory that is most valued for certain distinct properties. It is therefore the elephants that bear the brunt of our irrational obsession with ivory. 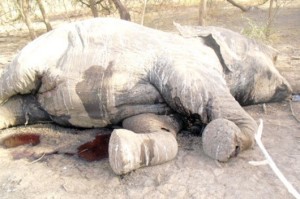 As for other animals, rhinos are mercilessly slaughtered for their horns. This is because of the belief that the horns of this animal happen to possess almost supernatural medicinal properties. And people believe that the cure to life threatening illnesses like cancer lies in these horns. Tigers are poached for their skin and bones.  This is no mystery if you are in or are even remotely related to the fashion industry because you must have then most definitely come across the use of tiger skin in clothes by various fashion designers as it is very much in vogue! Tiger bones again are rumored to have life saving properties when it comes to a range of serious health conditions. Bears too make it to the list of natural animals with supernatural structures with their gall bladders in demand as medicines. Geckoes are dried while the body parts of many other endangered species are sold as delicacies. 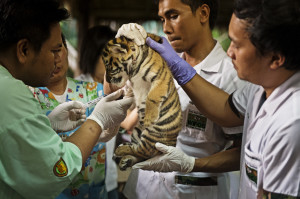 These cases are mainly stories of the practice prevalent in China. The Chinese medical system uses various animal parts in medicines to cure a number of diseases. Keeping aside, the scientific validity of such a practice this is hardly even humane! There are certain places in China where the animal parts are a much favored delicacy served in private banquets. Now if you go on to find a hint of logic in it, do not waste your time as there doesn’t happen to be any. This entire system of use of animal parts is a sign of wealth and status as it is used to display social valour. No doubt people get impressed because chances are if you had an ivory statue in your possession you would show off too. But it would cease to be a matter of status and power the moment I bring to you the case of immense torture and brutality that the animals have to bear in order to quench your thirst for social validity.

The Environmental Investigation Agency or EIA believes that one tiger dies every day to contribute to the growing Chinese traditional medicine. There is also an increased demand for tiger parts in countries like Taiwan, Japan, South Korea, USA and Great Britain, who are directly linked in the illegal trade. The mystical myth about ivory prevalent in Asia kills around 22,000 elephants continent-wide each year.  African elephants are the most threatened by this phenomenon. Other animals are killed for the continued use of leather, fur etc. 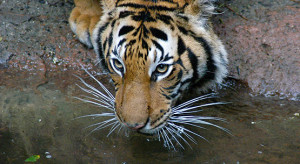 The destruction that has been brought upon the wildlife was wider implications than what meets the eye. It has seriously disturbed the ecosystem which has directly affected the biodiversity. There is absolutely nothing that an elephant would do protect its young ones as it is the only animal which is believed to have feelings like human and only to imagine that 80% of them are more likely to be killed before they reach the age of 42. The animals who are the primary participants of this phenomenon are on their way to extinction with the tigers already making it to the list of endangered species. And f you absolutely do not care what happens to them because it affects you in no way, there is no other alternative because with the effect wildlife trafficking has had on biodiversity, you would have to care.