Wind power is obtained by the conversion of wind energy into several useful forms of energy using implements like wind turbines, windmills and wind pumps. The wind turbines are mainly to produce electrical power, wind pumps are for water pumping and windmills are to produce mechanical power. The wind energy has been harnessed for several hundred years now. It is quite popular as it is the cheapest form of energy and provides sufficient energy when located in windy areas.

Wind power has several features that have made it a good substitute for fossil fuels. Wind energy is renewable, clean and devoid of any greenhouse gases and hence there is no pollution whatsoever.
The windmill that was first used to generate wind energy successfully was in July 1887 at Scotland. The wind power has been used in huge number of applications in national electrical networks.
There are several wind farms across the world where considerable amount of wind energy is harnessed. These wind farms have a huge number of wind turbines that are used for the production of electricity. The wind turbines are normally located near agricultural fields and lands used for many other purposes. The windmills reach to about 30 meters and the mechanical energy is then converted into electrical energy. Each windmill has nearly two or three blades which form a part of the rotor when mounted on the shaft. When the wind blows, the low-pressure air at the low end side of the blade cause the rotor to rotate. There is also another force which acts on it and it is called as ‘drag’. This drag is due to the wind force acting in the front side of the windmill. The ‘lift’ is the force that makes the rotor to rotate. The drag and the lift then combine together form another force which causes the resultant rotatory motion of the rotor blades. 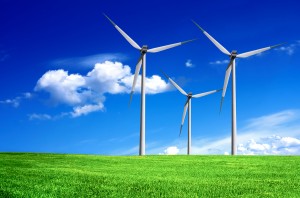 The method of harnessing wind energy for domestic purposes:

Alternate sources of energy like wind energy help in effectively curtailing the consumption of non renewable energy for various purposes whether it’s domestic, agricultural or industrial.
The domestic usage of wind energy is effective only to feed the energy appliances that consume a very little amount of energy. For appliances that consume more energy, an expensive windmill will be required. The water heaters and television sets require more energy. Hence a little wind power may not be very effective in satisfying these demands. Wind power is mostly effective only in satisfying a part of the demand or only as a substitute.
You can even install a wind turbine in your home so that you can generate your own green energy for your household purposes. There are small wind turbines available for small businesses, small individual homes and farms. They are very helpful in saving a major amount of your electricity bill and are renewable too.
There are several things that you need to keep in mind before you get the wind turbine installed by an equipment installer. Check if the wind system that you are planning to set-up is economical or not. You are not going to spend more money on installing it than the amount you’re probably thinking on saving. Know the electricity needs of your home, your monthly requirement and whether it would be feasible. The needs of the house need to be effectively satisfied by the wind installation otherwise it wouldn’t be of much use.
There are two types of wind turbines that can installed for an individual home, they are free standing mast mounded and roof mounted. They can generate about 100w to 50kw. Also, you can get them connected with the power grid or it can work as a stand-alone with the energy stored in battery. 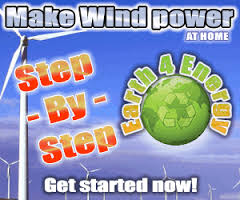 The advantages of wind energy/power are several. Thought they are dependent only on the wind source, once installed properly they can serve to be a excellent substitute to the fossil fuels usage.
The wind energy is a renewable form of energy and is available in plenty. Only when harnessed, it can be effectively converted to electrical energy and used for a number of purposes. It is used in industrial purposes too. Since, wind energy considerably reduces the fossil fuel consumption; it is also very helpful in preventing global warming and the release of greenhouses gases. Wind energy doesn’t cause any kind pollution be it air or water. Wind power is mostly harnessed near the windy coastal areas. The cost incurred in setting up a wind turbine is also very less when compared to any form of energy. It is cheap, almost reliable and also easily harnessed. Wind energy has also been the cause of several employment opportunities especially in coastal and hilly regions. The maintenance of these wind turbines is what that has been the reason for jobs.
The wind energy also has an effective impact on the economy of a country. Since, it does not require any fuel, the long-term energy expenses is very less. It also creates jobs especially in rural areas and also provides a decent income to the rural people.
Renewable energies like the wind energy are very essential in revitalizing the economy in rural areas. Wind energy is essentially a sustainable source of energy and even does not cause any slight harm to the environment as there is no burning of fuel or the release of any harmful chemicals.
Wind energy serves to be a very good substitute to the non-renewable sources and is indeed an affordable energy for the greener generation.