You are here: Home \ Environment \ What WWF is doing for the environment?
Environment
0

What WWF is doing for the environment?

We all have heard of WWWs and WWEs! Right? WWF is not far behind. WWF short for World Wide Fund for Nature, is an international NGO which aims at ‘conservation, research and restoration’ of the environment. WWF is one of the largest conservation organizations, engaged in wildlife […] 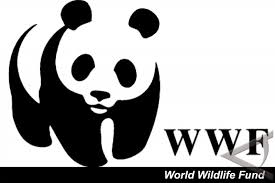 For a living planet!

We all have heard of WWWs and WWEs! Right? WWF is not far behind. WWF short for World Wide Fund for Nature, is an international NGO which aims at ‘conservation, research and restoration’ of the environment. WWF is one of the largest conservation organizations, engaged in wildlife and nature conservation in the country. World Wildlife Fund (WWF) was set up in 1961, and today it is one of the world’s leading conservation organizations, with a presence in more than 100 countries. A challenging, constructive, science-based organization WWF addresses issues like the survival of species and habitats, climate change and environmental education. WWF’s mission is to stop the degradation of the planet’s natural environment and to build a future in which humans live in harmony with nature, by:
• conserving the world’s biological diversity.
• ensuring that the use of renewable natural resources is sustainable.
• reducing of pollution and wasteful consumption.

In an era of ever growing technology, we’ve seen a boom of electrical and electronic gadgets. The world energy consumption over the last two decades has shown a staggering growth of 27%. In India specifically, it grew by a whopping 91%. India as a country, is facing severe ‘energy deficit’. On the plus side, there has been a rapid economic expansion. However, this very ray of light has led to a darkness of sorts, to protect from which, the country has had to import tons of crude oil as well as coal for electricity generation. In order to conserve India’s ecological security, WWF-India has adopted the following steps:

• Ensuring conservation of the country’s biodiversity, major ecosystems and critical landscapes
• Minimizing wasteful consumption and promotion of sustainable and judicious use of natural resources by all sectors of society.
• Promoting the active involvement of rural and traditional communities in the sustainable management and conservation of natural resources and promoting environmental education among them.
• Being sensitive towards reduction in the impact of climate change.
• Reducing the use of toxic chemicals and ensuring improved management of toxic waste, thereby minimizing pollution.
• Enhancing active participation of all sections of society in nature conservation and environmental protection through environmental education, awareness and capacity-building.
• Ensuring that environmental principles are integrated into development planning and policy.
• Promotion of environmental governance through legislation, policy and advocacy.

And so, comes to play, the role of WWF’s India chapter. With a hoard of innovative programmes for reducing ecological footprint, to incentives like their ‘Small Grants Program’, in which WWF offers up to Rs. 2,00,000 for carrying out conservation research, WWF has undertaken the responsibility for a better and secure energy and environment situation in India. One of the most effective practices adopted by WWF is the ‘Earth Hour’. Millions across various cities across India and the world are urged every year to switch off all electrical appliances for an hour, saving a lot of energy. An interesting feature called the Earth Hour Champion was introduced previous year, which focused on commending the city with the most energy saved, in India. The Earth Hour this year took place on the 31st of March.
Debt-for-nature swap was also conceived by WWF, formerly World Wildlife Fund, in 1984, in which a ‘portion of a developing nation’s foreign debt is forgiven in exchange for local investments in environmental conservation measures’. In such a way, developing nations have been encouraged to carry out eco-friendly activities.
In a way, WWF is right. The value-return for acts of environment conservation can only be partially reimbursed. In a scenario where the amount of energy utilized is 1.5 times the energy produced, such steps are a welcome change. Unless one is looking forward to the 2009 film Avatar-like situation, one may as well adopt the ways of ‘Green Living’ as suggested by WWF, instead of opting for an alienish-blue creature, Avatar.
Other than just relying on various NGOs and governmental organizations, we can be of lot of help towards protecting the environment. Just we have to make up our mind and have some determination towards promoting a clean and green environment by applying green living in our daily life.
• Everything we do makes a demand on nature. The food we eat, the clothes we buy, the way we travel, everything. Get an idea of your own personal footprint and explore new ways of reducing it.
• Reduce our energy consumptions by being energy efficient, using renewable sources of energy, using public transport, being environment-friendly etc.
• Follow the 3Rs(Reduce, Reuse and Recycle)- save paper, save electricity, save water.
• Being an informed consumer- choose energy efficient appliances, use good and eco- friendly items.
Small things can lead to a big change. With a population of over a billion, every small effort by an individual gets magnified approximately 109 times. Switching off appliances when not in use, reducing usage of plastics, car-pooling, usage of public transport, are small ways in which one can contribute.
After all, energy is life. And the world may or may not end soon, but without energy, there isn’t much hope anyway. So save energy. Turn it off.