You are here: Home \ Environment \ Resources \ Illegal mining – The scourge of our planet
Environment
0

Illegal mining – The scourge of our planet

Mining has been the backbone to the advancement of our civilization for centuries. From Stone Age to the current Information Age, we have always had to look underground to sustain our life on top. From metals to precious stones to even the currency for which we run around all day, mining has been the only […]

Mining has been the backbone to the advancement of our civilization for centuries. From Stone Age to the current Information Age, we have always had to look underground to sustain our life on top. From metals to precious stones to even the currency for which we run around all day, mining has been the only solution for access to all these. But mining, though however useful it might be has a very ugly side to it as well. As mining essentially involves digging into mountains and landscapes that serve as the natural habitat to many species of creatures, mining inevitably causes serious damage to the environment. 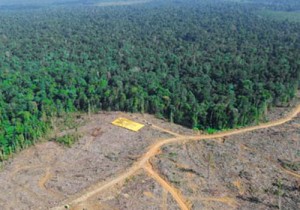 Deforestation due to mining

But more importantly, the entire mining process pollutes the surroundings in every possible way; from noise pollution to pollution of the waterways; mining when unmonitored can turn any fertile region to rubble in no time. And in addition mining leads to unspeakable human rights violation as well. Now, one might say that these things are old wives tales of the past and at present governments are taking much better responsibility in controlling such things. But the truth of the matter, mining still continues to be the number one contributor to environmental pollution. And even the most developed countries seem to have turned a deaf ear to all the atrocities committed by mining. In this article, let’s take a look at how illegal mining, actually funded by the developed nations are scarring the planet and how badly we have been affected by it. How Illegal mining is still possible? With people having much more to contribute in running the nation in the current era, one might argue how illegal mining could even be possible. Yes, it is true that developed and developing nations are keeping a stern watch on the mining activities happening inside their borders, but on a global scale, they really don’t care about what their agencies are doing on foreign territories. So eventually, miningcompanies started to take advantage and began exploiting the underdeveloped regions of the world such as Latin America, Africa and parts of Asia. What these companies are doing in such regions is nothing short of illegal. From drilling through protected territory and reserved rainforests to exploiting manpower and violating human rights, the atrocities committed by such companies are far worse than any other cruelty that the world has ever seen. And the sad fact is that, the so called peace loving nations, and the developed nations are actually supporting such activities. 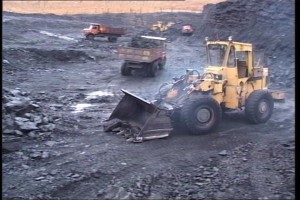 The Damage report In a recent report submitted at the Inter-American Commission on Human Rights (IACHR), it was stated that the mining activities undertaken by Canadian–government funded agencies, has led to such human rights violations that terrorism, sabotage, conspiracy, slavery and rebellion have become a common thing in the Latin American territories. And that doesn’t even begin to summarize the level of atrocities being committed in these parts, as the more serious damage is being done to the environment. Illegal dumping of industrial wastes, cutting down of trees and pollution from dust are so common that the survival of even humans have been made barely possible in such regions. And that’s just in South America, the matter is much worse in places like Africa and China, where the eyes of the world have been blocked out and the cost of labor is much cheaper. For instance, in central African regions where the majority of Chinese mining operations are being conducted, people are being forced to work without dust masks and head gear and sometime even without shoes. Such degrading condition in the mining regions lead to hundreds of deaths every year and serious damage to the flora and fauna of the region as well. 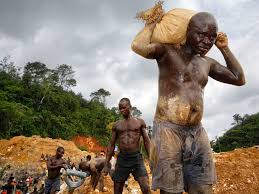 The response from those who are responsible Most of the mining operations are supported and funded by the developed nations of the world that advocate human development and fight against human rights violation around the globe. And yet they somehow seem to be in denial when it comes to monitoring and controlling illegal mining operations. For instance, the Canadian government completely supported its agencies mining in the Latin American countries when the report was submitted at the IACHR, stating that their agencies were within the limits and following every rule by the book. And the mining companies, with the local governments in their pockets and enough money to find every loop hole in the law always manage to escape as well. But nevertheless the damage to the environment still continues to occur and in an ever increasing rate as well. 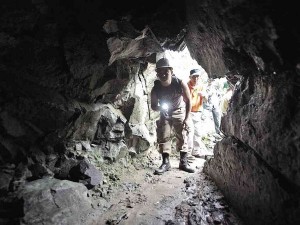 How this can be put to an end? Mining, even though is environmentally harmful is still quite essential for our survival. So realistically speaking, mining can never be completely stopped. But nevertheless it can be regulated and be made more environment-friendly. And that can only be achieved by global awareness. With continued pressure by the people on the government and raising the issue more frequently, a significant change can be easily made on the way we treat our most precious resources and our neighbors as well. All it requires is just a change in perspective.