Introduction– Let us first understand the concept of solar cities before moving further.  Solar cities are also known as green cities. In a Solar City all types of renewable energy based projects like solar, wind, biomass, small hydro, waste to energy etc. may be installed along with possible energy efficiency measures depending on the need […]

Identification of Solar cities– From thousand of cities around the world, there is proper criterion to indentify the cities to be declared as the solar cities. The cities may have population between 0.50 lakh to 50 lakh, however, relaxation might be considered for special category States including North-Eastern States and hilly States, Islands and Union Territories.

Concept & Need for Solar cities: Now let us understand the need for solar cities. We are going through the phase of Urbanisation. In the current scenario, Urbanization and economic development are leading to a rapid rise in energy demand in urban areas in our country leading to enhanced Green House Gas (GHG) emissions. Most of the organisations have already initiated various programmes in the Urban Sector for the promotion of solar heating systems in homes, hotels, hostels and hospitals. Moreover, the deployment of SPV systems in urbanised areas for demonstration and awareness creation. Further the establishment of ‘Akshya Urja Shops’ designed structure of Solar Buildings and promotion of urban and industrial waste/ biomass to energy based production. 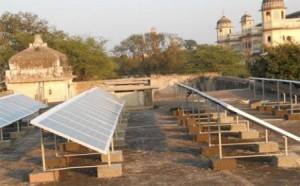 The solar city programme basically projects towards the consolidation of all the efforts of the Ministry in the Urban Sector and address the energy problem of the urban areas in a holistic manner. Almost all the cities around the world including the Indian cities are experiencing an intense growth in demand for the non-renewable sources of energy. Indian cities and towns are experiencing rapid growth in the peak electricity demand. The municipal or the so called regional or local governments and the electricity utilities are finding it difficult to manage with the rapid rise in the demand and as a result most of the cities are facing intense shortage and scarcity of electricity. Therefore to fulfil this necessity, the ‘Development of Solar Cities’ programme is specifically designed to support as well as to encourage Urban Local Bodies to prepare a basic Road Map to guide these cities towards  becoming ‘renewable energy cities’ or ‘solar cities’

Well known Solar cities around the world: Before talking about the most effective Solar Cities around the world, we must keep in mind the big initiative called as The International Solar Cities Initiative (ISCI), this initiative has been widely known to have produced numerous scientists in the field of solar energy. In many cases energy saving and thus saving of non renewable sources can be done without adding to the cost of energy, or can even diminish both energy need and net energy cost. Keeping all this in mind, the International Solar Cities Initiative (ISCI) was founded in 2003.  Its aim is to bring scientists and policy makers together, sharing of practical knowledge for the transition to sustainable societies where the main source of energy is renewable energy.The major applications of solar energy are important in all the societies which are very dependent upon, or even addicted to, energy use.  Solar energy has got the rare potential to supply a larger share of that energy need than most of the decision makers around the world know. 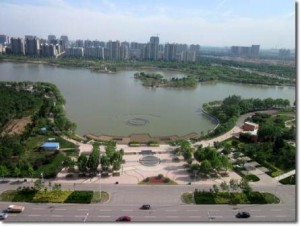 Dezhou (China)- This incredible city has built solar energy into every aspect of its fabric and commerce, along with developing a huge solar manufacturing base. Dezhou is one of the biggest Solar cities in the world.  Dezhou, is also one of China’s famed and biggest ‘Solar Cities.’ China’s Dezhou can be explained in an very apt manner as, “Just like the Silicon Valley, this is the Solar Valley.” Dundee has developed strong links to Dezhou following a signing of understanding between the two solar cities involved. This city is particularly remarkable for several major reasons.

Above all, solar cities is one of the biggest requirements of the world in the current scenario in which green living is not being preferred and dependence on non-renewable sources is being encouraged each day.