India is called the land of the rivers and is endowed with a rich distribution network across the length and breadth of the country. According to the Hindu mythology, the rivers are worshipped as incarnations of gods and goddesses. A dip in the waters of Yamuna and Ganga is believed to wash of your sins. […]

India is called the land of the rivers and is endowed with a rich distribution network across the length and breadth of the country. According to the Hindu mythology, the rivers are worshipped as incarnations of gods and goddesses. A dip in the waters of Yamuna and Ganga is believed to wash of your sins. But what happens to this holy water of Yamuna as it enters Delhi? Will it absolve your sins or bring upon diseases instead?

The Yamuna enters Delhi at the Wazirabad barrage and exits at Okhla Barrage. This mere 22km stretch, which only constitutes about 2% of the river length, contributes to over 80% of the pollution load of the river.

What happens in Delhi?

There are a total of 22 drains falling into the river, mostly untreated. 18 major drains fall directly into the river and 4 fall through Agra and Gurgaon canal. Najafgarh drain alone contributes about 40% of total pollution to the river, followed by the Shahdara drain. The city discharges an insane amount of 3,684 million litres of sewage per day. Due to the discharge of sewage and industrial effluents the dissolved oxygen level has declined tremendously and the biochemical oxygen demand is also highly skewed. Anyone passing by the Yamuna in Delhi would have seen the river surface covered of green plant like formations. That is called eutrophication (a process in which biodegradable waste when discharged into the water bodies leads to the formation of algae on the surface of water), and this does no good to the river health. Eutrophication actually leads to the lowering of dissolved oxygen in the river water leading to the death of aquatic animals and plants. Many gharials and thousands of fishes are known to have died due to this high level of pollution.

The river has completely lost its regenerative capacity and is no more just a dirty river as it flows through Delhi but merely a sewage canal. The river ceases to exist at Wazirabad as Delhi impounds water at the barrage. Thus, there is no water left in the river to dilute the waste, the basic minimum flow in the water is below the standard since years as Delhi’s upstream neighbors are also reluctant to release water in such water scarce times.

The major source of this pollution is untreated domestic sewage followed by industrial effluents. Slums, rural areas and the encroachment near the Yamuna River Bank are also responsible for releasing garbage, faecal waste, plastic bags and other pollutants into the river. Agricultural residues, insecticides and pesticides also contribute to the pollution of the river. Many also immerse idols and ashes of the deceased in the river due to its sacred value, further leading to increase in pollution levels. 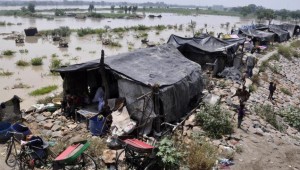 Many major projects like the Millennium Bus Depot for the Delhi Transport Corporation, Delhi Metro depots, the Commonwealth Games Village and the Akshardham Temple have been constructed on the Yamuna flood plains. The latest project has been DDA’s Yamuna Riverfront Development Scheme in which roads, parks and vehicle parking lots would be built on the floodplains. These government approved projects were and are being set up even after much protest from the civil society and the NGOs like the Yamuna Jiye Abhiyaan. If such encroachments couldn’t be stopped then imagine the number of illegal housing and slums that must be proliferating there!

Over the past so many years, more than 2158 crores have been spent by the government of India and the governments of Delhi, Haryana and Uttar Pradesh combined. 17 Sewage Treatment Plants and 10 Common Effluent Treatment Plants were built and interceptor sewers were laid down along the three major drains of Najafgarh, Supplementary and Shahdara drains for abatement of pollution in the Yamuna river.

Despite all the efforts made and the crores of money spent under the Yamuna Action Plans I and II, the Yamuna remains dirty as ever and in fact the pollution levels have increased unabated. The pathetic condition of Yamuna, which has virtually turned into a ‘Nala’, is highly deplorable. It is believed that these Action Plans failed miserably due to the complete ignorance of the social aspects of pollution i.e. the increase in population and encroachments on the river catchment area. Commercial activity has been promoted and catchment area has been diverted for construction and developmental activities. Only focus area of these action plans has been the creation of sewage treatment plants etc. Now the Yamuna Action Plan-III is envisaged to be implemented in Delhi at an estimated cost of Rs. 1656 crores. This too focuses on the rehabilitation of damaged trunk sewers, rehabilitation and modernisation of sewage treatment plants and construction of new plants. 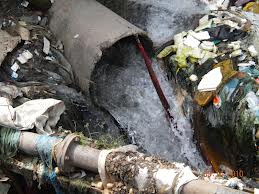 What can be done?

The government, policy makers and planners need to think beyond sewage treatment plants as well. Structural, institutional and legal reforms like the ones adopted for reclaiming rivers of Singapore, London and Paris should act as a case in point. There are multiple authorities in-charge of taking care of pollution in Yamuna like the Central Pollution Board, Delhi Pollution Control Committee, Delhi Jal Board, Delhi Development Authority etc. I’m sure this leads to a lot of corruption and passing of the buck. It would be beneficial both for reducing the pollution and the administrative red-tape if a single authority worked dedicatedly to this effect. Most importantly, no beautification drives and commercial interests should be promoted near the river, with the area being treated as a ‘conservation zone’ with urgency.