We hear a lot about green homes now-a-days. The first thing that will come to our mind when we hear the term Green House is home with high grade technologies to reduce the usual impact on the nature. The people have an idea that Green Homes are with modern technology, design and construction. But the […]

We hear a lot about green homes now-a-days. The first thing that will come to our mind when we hear the term Green House is home with high grade technologies to reduce the usual impact on the nature. The people have an idea that Green Homes are with modern technology, design and construction. But the real fact is that, green homes does not only relate to its construction, design and its impact on the environment. There were some green homes that were built long ago. Maybe, these buildings were built without the green thought in mind. But, these buildings have become an example to the contractors and the engineers on how to design a perfect green home. Human beings move towards their comfort and they make their homes more efficient, but, in this run for comfort they forget the impact they are going to make on the planet. If you are considering building a greenhouse or alter your existing home, then take a look at these ancient green buildings. May be these buildings were hundreds of age old, but the basic principle that is implemented in these buildings could come handy in your projects.

This building was discovered in February 1949. It is located near the city of Dundee, was built with little regard for the green building. Many small huts and buildings are found adjacent to this building and the archaeologist suggests that, these types of buildings were common in this place and era. This building shows us that our ancestors had some knowledge about the green fact, even though it could be centuries before the term came into use. This building was built using the Earth, which is a good insulator. Many green buildings are built on the Earth rather on top of the Land. This will not only reduce the energy consumption, but also gives us room to construct rooms with high roofs. These buildings were built with the motive to stay warm during the winter season. But, for sure, the person who designed this home would not have designed it green features. 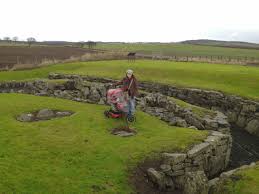 This home was believed to be constructed in the late 1700’s. This is the oldest home found in California, USA. This is the remaining of the Spanish settlement which became the San Jose, United States. This home was built with a mixture of clay and sand which could form extremely strong and long lasting bricks and walls. Even in the intense climate, Adobe has been used as a convenient building material.  Adobe is not only a good insulator, but it can absorb heat and release it slowly. When a material has this type of a property, that too naturally, we can readily use it in a lot of projects and innovative ideas. This is a building with solar property. But, for the ancestors, this building was constructed for energy efficiency. 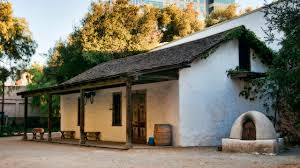 Underground homes were the best idea to stay warm in areas, where cold winters were the major cause. Dugout homes, were partially or completely built underground and have been found in many parts of the world. If bricks and woods are not readily available, then the better stay would be this type of homes.

The miners dig the holes and pull out as much as gems as they could and then leave it as it is. The people then alter it and make it into their homes and even into churches. This was prominently found in Coober Pedy in Australia. This community grew even bigger when the non-miners decided to build their own underground houses. Now-a-days, these types of underground homes are not built but the homemakers continue to expand the natural heaters. These are the best examples of ancient green buildings that use the earth as its walls, roofs and floors. 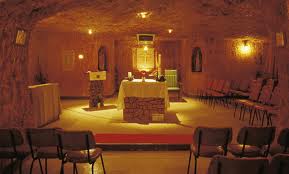 This type of houses was first introduced by Michael Reynolds in the 1960’s. These types of houses use tires, bottles and other material that could create organic structures. Many of these models can manage their inhabitants like electricity, water, heat and sewage needs by not connecting to the outside environment.

This model uses old tires with dirt, which is covered with an earthen material to make the surface smooth. This is a simple technique which keeps the cooling and the heating cost very low. This model uses the solar features such as the skylights and greenhouse, to make the most of the natural means. This natural means can help the model maintain the required temperature without the external power source. This is a low cost and energy efficient technique that could become a revolution in the greener homes. 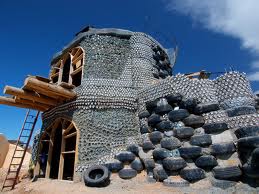 The glass home was designed by Philip Johnson in 1947. This home has glass on four sides and is 1728 square foot long. The homes greenest feature is its startling transparency. The stand out design is supported by its spare black pillars and a framing glass door. These supporting features tend to vanish at certain angles. This model is one of the 14 constructions that Johnson has built in the 14 acre land. All the buildings of Johnson have a significant value towards the nature. Glass homes show us how environment friendly our past generations were, rather than the solar panels, geothermal systems and high efficiency windows. 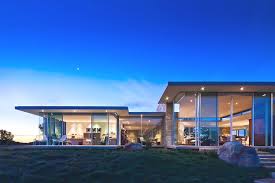 This house was built by Frank Lloyd Wright for a weekend family retreat. It is located in Pennsylvania’s Laurel Highlands. This home has natural surroundings, with Fallingwater. The most prominent feature is its cantilever arrangement over a cascade of waterfalls. Wright wanted his family to live with the falls rather than see them from a distance. From a certain angle, this house looks like a rock carved into a home. It is a luxury spot for any family, who wishes to have a green and natural vacation. This is a design which has similarity to the Earth homes and the glass home. This building not only has its own beauty, but also the energy conscious potential of the home. 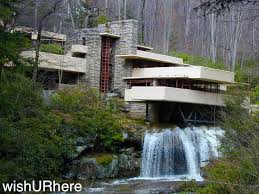 This home was built by Thomas Jefferson. The estate can use light to its advantage. Monticello’s first floor receives skylights from the upper story. The home has a lot of glass doors and also keeps the light in the home though out the year. Jefferson built the passive light and solar system long before the term came into existence. This estate has a lot of freak features. A weather vane in the front porch can read the weather any time and the main hall has a clock which uses the gravitational pull to show us the time. This may not be traditionally green, but the environmental awareness shown in some techniques used in the house is to be inspired about. 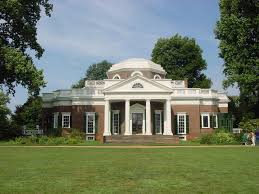 The use of grasses, reeds or any other vegetation is a green home and these types of green homes were found in Uganda. Even though it was their culture to have a thatched home, the idea was in a greener way. Thatch can be formed from the green plants and other renewable building materials. This was to keep them warm and dry and also acts like an insulator. The houses have a supportive framework and the roofs satisfy all the basic needs that will be taken care in the modern era.

The largest and the most historic part is the Kasubi Tombs, in Uganda, which shelters four kings, who are buried under the Thatch. Poles are set up to support the big roofs. But, a fire in 2010 washed away a large part of the relics. This thatch model can last up to 60 years if it is properly constructed. The concern about the fire is also taken away by the modern technologies. 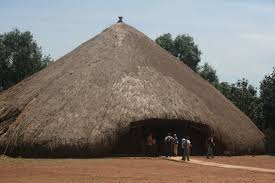 The tactic used in this home is a little different. The present owners have converted the 110 year old house into a better eco-friendly home. It is named as net-zero because it produces as much as the energy it consumes. The solar panels that are installed on the roofs are used to produce electricity. The house also has a geothermal heating system and an energy recovery ventilator, which helps the home holders to produce power without depending on the electricity supply. The home holder even sells electricity to the power station because their home produces more than enough for their home. This green home is an inspiration to all the engineers because the energy production from a house will make anyone adopt the idea. 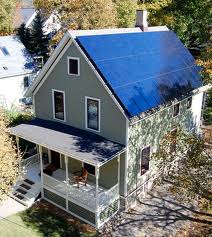 This kind of buildings was built during the 600 to 1300 A.D by the Pueblo people. These kinds of homes can be found in Mesa Verde National Park in USA. The green home was built beneath a cliff. The people who lived in these homes used ladders to go to their home and they protected their home from the intruders by the natural fortress. The cliff homes were built with the idea of protecting the natural environment rather than going against them. The ancient people made use of the natural material to construct the home, which also reduces the transportation cost of the materials. This kind of setup will also protect them from the rain, snow, wind and other effects. Modern construction can use a lot of advanced techniques, but nothing can equal Mesa Verde. 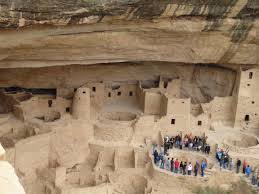 These were some of the green homes that our ancestors built. Let’s take all these as an inspiration and construct our shelter in an eco-friendly manner. Go Green! Save Earth!