It’s a well known fact that the green colour of the plants is due to the presence of a green pigment called as chlorophyll. It is this chemoprotein that mainly stands responsible for the process of photosynthesis. This is generally found in chloroplasts of green leafy vegetables like lettuces , spinach,broccoli,Chard,Kuka leaves, Taro leaves,Sprouts etc […]

It’s a well known fact that the green colour of the plants is due to the presence of a green pigment called as chlorophyll. It is this chemoprotein that mainly stands responsible for the process of photosynthesis.
This is generally found in chloroplasts of green leafy vegetables like lettuces , spinach,broccoli,Chard,Kuka leaves, Taro leaves,Sprouts etc
Photosynthesis is basically a process wherein carbon dioxide, sunlight and water combine together and produce glucose.

How do the leaves actually attain the colour?
Chlorophyll that is present in plants absorbs colours from red and green spectrum but they don’t absorb the green colours.Since, they don’t absorb green and the colours closer to the green spectrum , the tissues acquire the green colour.
Now, what’s the difference between the haemoglobin present in blood and chlorophyll in plants?
Chlorophyll is mainly composed of magnesium while hemoglobin is composed of iron. That is one major difference between the two.

Moreover, people are apparently unaware of the benefits of this green pigment.
This green pigment has amazing properties of cleansing the blood and purifying it. It also augments the amount of red cells in our body. 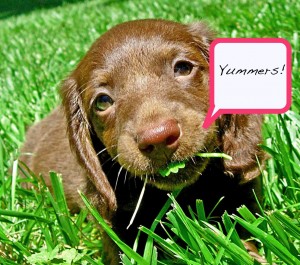 By consuming green veggies, we are less prone to any diseases since chlorophyll aids the alkanization of blood and it also acts an oxygen detonator.
Thus it improves the immunity of one’s body and also helps in procuring sufficient energy.

The important qualities of chlorophyll are:

1) Acts as a detoxification agent!

Since it has a phenomenal power to cleanse the blood, it eliminates any toxic impurities in the flow of blood. Moreover, it is also said that, chlorophyll helps to prevent diseases like cancer too. It is also an excellent bowel-cleansing agent.

2) Improves immunity: Chlorophyll not only improves the immunity of the body but also serves as an amazing agent to help the proper functioning of the circulatory and digestive systems of the body too.

3) It also helps in body building or cell building since it is rich in enzymes. Thus, it helps in extensive rejuvenation. The quick rejuvenation of cells helps in curing the wounds faster too.

4) It also helps in driving away any disease and prevents any skin disorders or cancer.

5) It also is very beneficial in enabling the healthy functioning of the liver and extracts toxins from it.

Consumption of more chlorophyll is healthier! 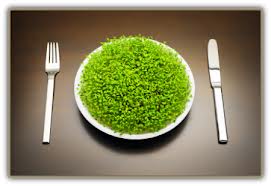 The benefits of chlorophyll increases with the intensity of the green colour. Vegetables like parsley are the best sources of this pigment and also boost the chlorophyll in one’s diet.
The vegetable that contains the highest amount of chlorophyll is wheatgrass. As already mentioned above, more the green pigment in vegetables, better the detoxification property in it.
The best way of consuming chlorophyll is by the intake of juice obtained from these veggies. Besides, wheatgrass juice is one of the best beverages that can help you be endowed with a  healthy life. 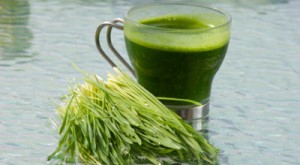 There are also certain researches that were conducted regarding the usefulness of the intake of chlorophyll containing vegetables.
Here are a few of them:
1) Cancer treatment:
It helps in the suppression of any side effects that are commonly caused due to any therapies pertaining to photo dynamics.
2) Solution for pancreatitis:
This is not a finalized concept nor confirmed. But, it is said that the greens help in proper functioning of the pancreas.
3) Pneumonia treatment:
It helps to cure pneumonia by bringing the T lymphocytes to a stabilized condition.
4) Tuberculosis treatment:
Chlorophyll helps to cure tuberculosis by improving one’s immunity during the treatment of chemotherapy.
5) Herpes :
Chlorophyll can also treat patients that suffer from this disease.

Since these are just research-oriented evidences, there’s not much reliability in this. But, chlorophyll does have a decent amount of benefits which themselves serve as incredible evidences.

The chlorophyll present in plants is actually lodged in the thylakoid membranes of the chloroplasts.These pigments absorb sunlight to convert into glucose in the process of resonance energy transfer.
Moreover, according to a new discovery it is found that there is also a sea slug that can perform the process of photosynthesis.This sea slug has a scientific name of Elysia chlorotica.

The chemical structure of chlorophyll:

The chlorine pigment has a magnesium ion at the heart of the chlorine ring.
When plants undergo a process called senescence, they de-green themselves and the chlorophyll gets transformed into non fluorescent chlorophyll catabolites. 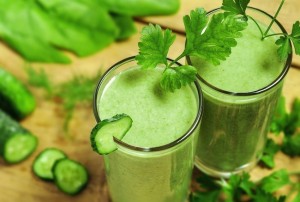 Chlorophyll is  used to colour food items in the process of cooking. Since, chlorophyll is insoluble in water, it has to be blended with vegetable oil . Thus, it can be used for culinary purposes too!
Thus, the consumption of chlorophyll-containing food has its own perks  and must always be added in our diet to maintain a healthy life.
The best suggestion that I would give you is: Add more leafy veggies in your regular diet and encourage others to do the same as well.
Then, behold a healthier life coming your way!