Modern or retro. Plain or gaudy. Whatever the combination may be, leather always goes un-missed. It’s always been a fashion statement over the years. Who doesn’t own leather bags, belts, shoes or even watches? There is not a single fashionable product where you wouldn’t find them. People in a trance buy leather goodies and become […]

Modern or retro. Plain or gaudy. Whatever the combination may be, leather always goes un-missed. It’s always been a fashion statement over the years. Who doesn’t own leather bags, belts, shoes or even watches? There is not a single fashionable product where you wouldn’t find them.
People in a trance buy leather goodies and become the ultimate culprits of the deaths of several gullible animals.

Where does all this leather come from?
Several animals around the glove are slaughtered viciously to get you those equine leather goodies.
Factory farming is in a way a slaying hell for the equines.
There, billions of animal are mercilessly killed and abused . Their hides are then tanned and used in leather products.
The horrors of this slaughter seem to have given us a sardonic joy of the ultimate fashion mantra. 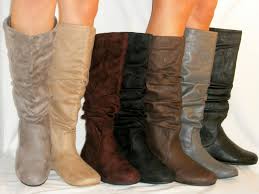 What exactly happens in a factory farm?

Meat consumption has several by products too. They are used in several sectors like cosmetics, explosives or tires.
Thus, the slaying of animals ultimately serves to be an economic success in producing leather goods.

The real truth!
Several animals like goats, sheep’s, horses, lambs are  slaughtered for meat. But, there are several other animals that are killed for the purpose of their hides. Some of them are bisons, elephants, walruses, crocodiles and equines like horses or zebras etc.
The alligators are factory farmed in huge numbers and when they reach a moderator length of about 6 feet, they are atrociously beaten up with ferocious mallets and then skinned which eventually kills them.
It might surprise you that even kangaroos were slayed for their hides. These hides were used to fabricate shoes.

This ruthless killing of kangaroos aroused pity in David Beckham who then quit wearing kangaroo-skinned shoes and switched to synthetic ones. Moreover, in 2012, the reputed brand Adidas quit the usage of old Joey’s hides.
Also, some snakes are even skinned when they are alive because that leather is supposed to be supple. Even the hides of unborn calves are considered to produce plush leather. This is done by slaying pregnant equines.
Non biodegradable leather:
If you assume that the leather is supposed to be biodegradable just because it comes from the hides of animals, your living in a world of oblivion. This is because in the process of tanning of leather, it turns to be non biodegradable since it eventually stabilizes protein fibers and collagen.
In fact, there are many more chemicals that are involved in tanning of skins. Some of them include, formaldehyde, dyes and also cyanide based finishes.
Also, there are chromium effluents used too. The environmental protection agency considers all these effluents to be harmful as well as hazardous. These effluents have several chemicals like sulphides and other acids. 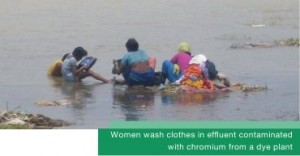 If you think that leather producing factories serve as harmful only to animals or equines, then you are absolutely wrong. The tanning industries use several chemicals which pose a risk to mankind as well. Bangladesh is one such place which exports leather in huge quantities to the United States. The harmful effluents that are found in the industry have been the causes of some grave fatal health problems among the workers too. Moreover, there is also arsenic which is used and forms a serious health hazard to the workers by causing lung cancer. 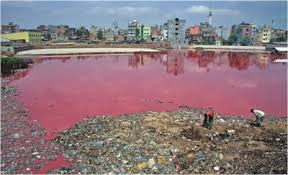 All these bits of facts must have left you astounded like it did to me. The very thought of slaughtering animals and skinning them alive just for the sake of trendy jackets or shoes is just infuriating.
We surely need to stop this cruelty on animals.
Here’s what we can do:

The prevention:
* Use synthetic shoes or clothes. Instead of using leather, you can use rubber, synthetic, linen which are better alternatives.
Several athletic and hiking shoes use materials other than leather. For instance, the brand Nike uses ‘Durabuck’ which gives a feel of leather but isn’t real leather. 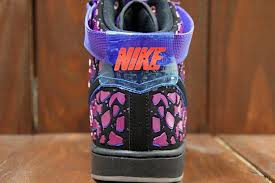 There are many other brands that market products that aren’t wholly made of leather or don’t use even a trace of leather. Some of them being Steve Madden, Claiborne, Capezio.
Always prefer to buy non-leather products as they are safer and don’t involve a lot of chemicals like the tanning effluents.

Green solutions for the tanning industries:

*Cleaner leather processing or fabrication is a must with the increasing environmental concern.

*There is a process that is recently ben used wherein the pH level of leather processing is considerably reduced.

*There are other processes that are involved which uphold green solutions and thus result in the expenses incurred to be viable.

*Moreover there is bio process based de-hairing and fiber-opening methodology which considerably reduces the release of toxic wastes.

Fashion is basically what we make of it. We all need to shun the usage of leather products be it leather jackets, shoes, belts etc. Also, do spread the word among your relatives and friends so that everybody is acquainted with this horrifying truth.
We slaughter animals for our selfish and greedy well-being. This definitely has to be curbed wisely before we turn out to be the culprits of the extinction of several equine species.