Climate as a Tool to Combat Global Warming

Emissions of carbon dioxide in the atmosphere continues to grow, there is no global agreement on climate protection is not now even in the project. So why not begin to develop until the technologies that will help to artificially change the climate as humanity need? Giant mirrors in space to reflect sunlight and cool the […]

Emissions of carbon dioxide in the atmosphere continues to grow, there is no global agreement on climate protection is not now even in the project. So why not begin to develop until the technologies that will help to artificially change the climate as humanity need?

Giant mirrors in space to reflect sunlight and cool the Earth, or a ship that sails the ocean, spreads algae and reduces the proportion of CO2 in the atmosphere’s composition…. What is it – a reality or just another fantasy?

“No, no it’s not a fantasy,” – says Nicholas Gruber (Nicolas Gruber), Professor of Environmental Physics at ETH Zurich (VTSH-ETHZ). “For example, the idea of a mirror in space is quite feasible, even if its implementation and would be very costly. Algae in the ocean – it is also a method that we have already experienced. It turned out, however, that it is not very effective, “- he says in an interview with Swiss info. Feature that is still taboo both methods mentioned and are just examples of the so-called “climate engineering” (or “geo-engineering”), science, whereby it comes to development and deployment of conscious and reasonable influence on the Earth’s climate on a global scale. Unlike technologies that can be used to cause artificial rain or hail, climate engineering techniques aimed at long-term consequences, claiming a global impact. “On the international climate negotiations” geoengineering “never had not even discussed. From a political standpoint this topic remains a taboo, which, however, in the near future can be broken, “- said Matthias Honegger (Matthias Honegger) specializing in issues of climate consulting company from Zurich« Perspectives ». 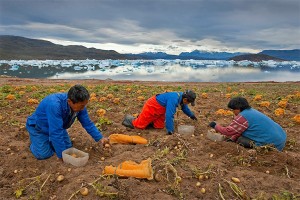 At the end of August 2014 he went to Berlin for the first international conference on the topic of “climate engineering.” After the conference, he stressed that “the leaders of the world need to realize that it’s too late to try to limit global warming to the previously announced two degrees Celsius, and that their efforts in terms of national implementation measures to counter global warming quite enough. Therefore, it is likely that soon the world will start to really talk about the possibilities of using methods of climate engineering. “All the prerequisites for this have already been created. Concentration of CO2 in the atmosphere continues to grow and has reached a record level, which is that the World Meteorological Organization, headquartered in Geneva, said even in its latest report on the situation of greenhouse gases in the atmosphere. And the international community has simply nothing to oppose this development. “Combating global warming on a global scale makes only small steps forward,” – noted in the Centre for International Studies on Climate and the Environment in Oslo (CICERO). “At the moment, according to Norwegian researchers are scheduled signing any binding international instruments on the protection of the climate? World as far from this as it was 15 years ago, when the Kyoto Protocol was ratified. “At the UN Summit on Climate September 23, 2014 in New York, the Swiss Energy Minister Doris Leuthard (Doris Leuthard) emphasized that “in the world still too small to take steps to address the climate problem.” 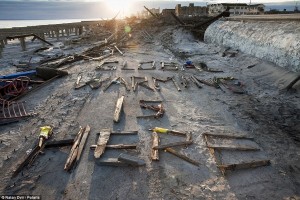 Climate Engineering includes a series of algorithms and technologies that, in turn, can be divided into two main groups. In the first group are methods for reducing the CO2 content in the atmosphere, in English «Carbon Dioxide Removal» («CDR»).

In the second – ways to control and regulate the solar radiation Earth («Solar Radiation Management», «SRM»). If more talk about the first group of methods that are at the centre of their long-term management tools format functioning of individual ecosystems. Objective is to qualitatively increase the carbon dioxide absorbed by the sea or the earth’s biomass, including plants and soil. Achieve this effect, you can, for example, by dissolving in the water of the seas and oceans of iron sulphates governing share of CO2 in the atmosphere through the process of photosynthesis. Another innovative solution is based on the use of some kind of “vacuum cleaners” that can filter out carbon monoxide from the air. In Switzerland, recently conducted a lot of research on this topic. 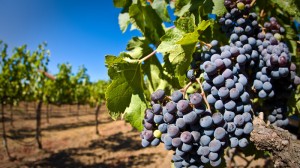 Regarding the methods of category «SRM», here the most promising technologies, along with the installation space of huge parabolic mirrors are methods to improve the reflectivity of the Earth’s surface and clouds, or the atmosphere in general. One embodiment may be an aerosol comprising particles of sulphur. Diffused in the atmosphere, it creates a kind of protective dome that reflects part of the sun’s rays back into space. “Such methods can be used at the lowest, the city level, and they do not require large investments. Enough change in the colour of asphalt from dark to lighter, and you can reach quite a noticeable cooling of the local climate. In the case of particularly hot weather, this method will help reduce the number of victims of heat stroke. Work this on a global scale – it is quite another matter, here we must also think about “- muses Matthias Honegger. Meantime, the most advanced and mature technology is the impact on the atmosphere by spraying it with balloons or aircraft specific aerosols. “This could give us the opportunity to put at the service of man effect arising, for example, as a result of volcanic eruptions,” – says Reto Knutti (Reto Knutti), professor at the Institute of Atmospheric and Climate («Institute for Atmosphere») at VTSH-ETHZ. “It is well known”, – adds the researcher, – “that after the eruption of the atmospheric temperature falls. For example, it was in 1991 after the eruption of Mount Pinatubo, located on the Philippine island of Luzon in the 93 km to the north-west of Manila. “Ejected into the air of the volcano led to the fact that the Earth’s temperature for two consecutive years was below the norm by half a degree. “Today, climate engineering projects so far are limited to laboratory tests on a small scale. Nevertheless, and this format allows us to pose and seek answers to important questions, “- says Reto Knutti.What could be the side effects and consequences of the application of these methods and tools? What are the political and ethical difficulties associated with them? ” Much still is not clear , “It is clear that these” mind games “with the atmosphere can cause sometimes unexpected and unintended consequences, affecting, for example, the water cycle and rainfall regime,” – Reto Knutti says. His colleague VTSH-ETHZ Ulrike Lohmann (Ulrike Lohmann) emphasizes that “the aerosol particles in the atmosphere reduce the effect of sunlight on the surface of the Earth and, therefore, affect the climatic equilibrium of the planet. 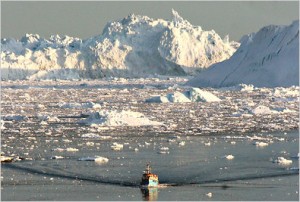 Consequence is a reduction in precipitation on a global scale that has demonstrated to us the eruption of Mount Pinatubo. ” “Climate Engineering will completely change our relationship to nature and increase mistrust between the nations,” – said James Fleming (James Fleming), a historian specializing in scientific and technical issues, the author of the controversial book “fix the heavens” («Fixing the Sky»), in which he documents all previously made ​​attempts to consciously control the climate. “If we begin to wield the clouds with a wrench and pliers, the Scandinavians will just say that the responsibility for the bad weather are, of course, the British, – and vice versa. Because the potential for future conflict here simply inexhaustible “- he shared his doubts in an interview at the organization’s website« Greenpeace ». And what will be, for example, if, after 20-30 years of political, economic or scientific reasons, a project in the field of geo-engineering will be stopped? After all, nature can not immediately stop and change the direction of development? “Then we risk facing a situation of sudden global warming of 1-2 degrees Celsius in just one year” – answers the question, Reto Knutti swissinfo.ch. That is, the temperature will begin to rise much faster than it does now, and it will have the most disastrous consequences for all.

Moreover, according to this expert, dealing with climate engineering, we run the risk of distraction from the main issue, namely, the decision of target of reducing emissions of pollutants into the atmosphere. International negotiations thus come under question, the efforts of environmental organizations discredited. “After all, geoengineering does not destroy the evil at the root, but only trying to cope with his symptoms” – highlight the world’s leading environmental organizations. Recessed controversy so it is not surprising that most scientists until attitudes toward climate engineering is sceptical, or at least very wary. Marc Lawrence (Mark Lawrence), Director of the Institute for Advanced Studies in the field of sustainable development in the German Potsdam (Institute for Advanced Sustainability Studies Potsdam), recalls the already mentioned conference in Berlin and said that “none of the methods of geoengineering cannot be implemented quickly and without special problems.” “Her potential boundary effects should become subjects of intense scientific and public debate” – sums Matthias Honegger. So while we can be confident: “Sunset manually” us in the near future is threatened.