You are here: Home \ Environment \ Resources \ Consumerism Will Consume Us
Environment
0

Consumerism Will Consume Us

Mrs. McPhee pushed the cart along the aisle in the multi-national chain of supermarkets and kept throwing in shiny packaged articles at ninja speed. Her two children kept adding to the pile as well. George wanted a red car while Greg wanted a black one. There, two cars added. Having billed a mountain of processed […]

Mrs. McPhee pushed the cart along the aisle in the multi-national chain of supermarkets and kept throwing in shiny packaged articles at ninja speed. Her two children kept adding to the pile as well. George wanted a red car while Greg wanted a black one. There, two cars added. Having billed a mountain of processed goods and having them shoved into huge plastic bags, they carried the pile into their new Mercedes and drove home. This new villa is still being paid in EMIs and the debt level is high. Yet, this family has a penchant for all things new and mostly even non-essential. 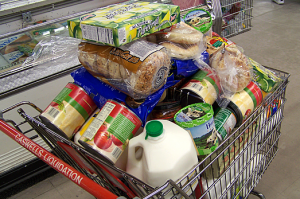 This family is the representative of most of us: the ‘Consumer Class’. We not only consume but also over-consume and constitute the growing generation of consumerism and excess consumption. 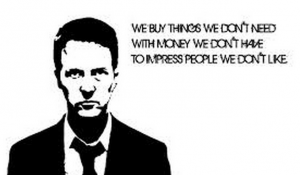 Today more than half the global population lives in developing countries, where the rate of market expansion is the greatest, including 125 million in India. Sure, consumerism is good and creates jobs and is more, well, consumer-friendly. But it also brings along the slow and difficult bad habit in us: greed. It creates a ‘use and throw’ mentality in us which is not in keeping with sustainable living. This insatiable consumer appetite is making it increasingly difficult for the world’s poor to even access basic needs. There are more cars in the U.S. than licensed drivers. Meanwhile in slow developing countries, there are scores of villages where people do not own even a bicycle.
Consumerism is costly and someone has to pay. This someone is Nature. Even while we bathe in luxury, ecosystems are being irreparably damaged and natural resources are being exhausted beyond their replenishing capacity.

Misuse of Land:
• The way land is used to grow and process food is one of the foremost ill-effects of consumerism. More and more forest land is being brought under cultivation to feed the big shark of consumerism. The forest cover is decreasing by the minute and habitat loss gives way to loss of the fragile biodiversity. In Nature, the resilience of ecosystems is pretty high but the way exploitation is occurring, Nature cannot bounce back.

• Agriculture is being altered to produce maximum yield. Pesticides, fertilizers and other chemicals are being pumped into the soil and crops, depleting the soil quality, polluting fresh water and an overall deficiency struck multitude due to the consumption of big but lacking produce. Organic food is not favorable to consumerism as it is slow and follows Nature’s laws. A large chunk of wheat from the Prairies goes into making big labeled biscuits rather than bread for the common man.

• Monocultures are causing loss of diversity in crop species.

• Rearing livestock and poultry for fast-food giants like KFC are responsible for taking up a lot of land, spreading diseases, over-feeding and over-grazing, etc. Methane produced by cattle is responsible for global warming. Animal rights and animal cruelty are also entwined in this web of consumerism. 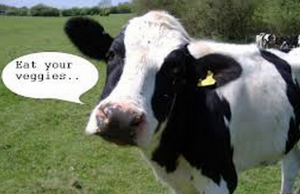 Over-use of metals:
• Too much mining of ores and making automobiles and other machines is taking a toll on the earth’s interiors. Along with pollution and erosion, the chances of earthquakes increase due to mining near active fault lines. Due to excessive hauling out of ore and soil from under the earth’s surface the risk of landslides also increases in barren mountainous regions.

• Lands are going from vegetated to barren due to mining and setting up factories.

• Pune is a sufficiently vegetated city in India but setting up of many mechanic and ancillary unit factories has caused it to shed its vegetation on the outskirts by almost half. 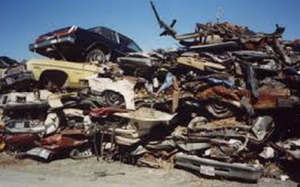 • Building roads, rails, engines, etc. is also depleting the resources. The tremendous amount of metal waste shows how consumerism is only one way: that it can be consumed and not converted. Automobile junkyards are left to rust instead of finding suitable recycling options. Agreed, certain baby steps have been taken to recycle metal waste but it is not able to handle the rate at which consumers use up and throw away articles.
Hunger and Poverty:
• The rich become richer and the poor become poorer. Consumerism is greatly dividing our cultures as well, wherein, instead of traditions or intellect, the amount of stuff we own determine our position on the global economy ladder. The void between the rich and poor increases, giving rise to poverty, conflicts for carbon credits, sanctions and all possible obnoxious scenarios. 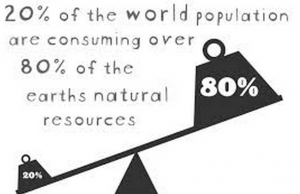 Pollution:
• The factories belting out all our processed good, right from a needle to a yacht are sources of industrial pollution in all forms.

• Landfills filled with junk pollute both the land and the sea. You can find more plastic in the sea than in a plastic factory itself! 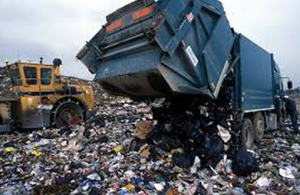 • Each small bar of chocolate is wrapped in 4 layers of packing. Each contributing to 4 times the waste produced.

• Water, soil, noise, light, any form of pollution you can think of, consumerism is the root cause directly or indirectly.

Curbing consumerism will not only help us live better, but also protect this planet from this creed of ‘use-and-throw’ consumers. We sure are over-using our planet and its resources but we cannot throw away this planet. We do not have another one to go to.