You are here: Home \ Environment \ Health \ Resources \ Science \ Over Population – A Major Havoc in Future
Environment
0

Over Population – A Major Havoc in Future

A recent study by WWF shows us that the population has a major havoc on our planet. There are just too many people for the earth to carry and have an eye. The study also states that over population is the main cause in the reduction of biodiversity, pollution, natural resources, and food. At the current […]

A recent study by WWF shows us that the population has a major havoc on our planet. There are just too many people for the earth to carry and have an eye. The study also states that over population is the main cause in the reduction of biodiversity, pollution, natural resources, and food. At the current rate, we are consuming more than 50% of the food that earth can provide. The population increase and because of that the over consumption is a threat to earth and so we are on a suicide mission to destroy the earth which is been a shelter for a long time. Human population has been increasing a lot in these years and the maximum increase was in the past five decade. The maximum that our earth can carry is about 4 million to 16 million but with the increase in this rate, the count may exceed in some decades. Here are the counts of the population increase in some particular years. The population was 1 billion in the year 1804, while it moved on to 2 in the year 1930’s and 5 in the year 1990, and grew to 7 in the year 2010. The population is said to increase to 10 billion by the year 2050. 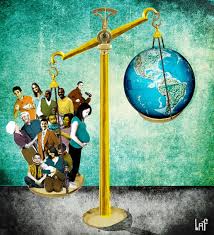 The survey on the bio diversity declination is 30% more than that the survey results taken in 1970,s.We are taking things as granted, and we a carrying on as if we have another earth to live in. As we see the standards of living starting to drop over the next 30 to 50 years, we may be forced into birth control .We fight for the right of having children but we forget that we, for our mere pleasure is in the mission of earth’s destruction. We may achieve our right, and have success in it, but we have to have success by making our new generations a better place to live in by having clean environment, fresh air , fresh good OVER CHILDREN AS RIGHT. 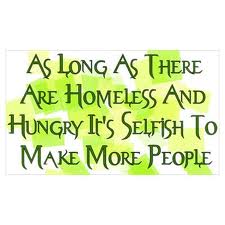 The cause is when the birth rate is more than the death rate in certain period of time, then the population can increase in a faster rate. For example, when death rates was declining in 19th and 20th century because of the improved medication, child immunizations, and advanced technologies in medicine allowing many small children to survive, the fertility rate also did not come down and as a result the population kept on increasing. Even with these changes 7 out of 10 children died because of some disease even before they reached reproductive stage, while now 95% of children reach adulthood. Human psychology and poverty, as well as the rest of the world’s reaction to it are also the factors. Areas which are prone to disease and wars do not have less number of birth rate. They also have more rates and they too contribute to the increase in population. And the cause of this was because, the parents were afraid that they would lose their children and so the idea of having more babies flirted between them. For example, the AIDS have killed 50 million up to date in Africa, even then money and other initiatives are taken to save them and to feed them. In 1990, Africa’s population was 600 million; now it is about 1,050 million, 150 million more than even if AIDS had not attacked them. 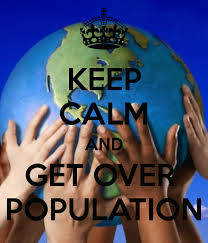 So consider our earth over everything, because it is the shelter. Earth is the one who will be able to feed us, protect us and the earth can become turn human being into creatures who will hunt hard for food. We are not saying not to have kids, but to have a control in kid numbers. Stop having 3 or 4 children in a house, rather than 1 or 2. The better part is having one kid per house.