You are here: Home \ Environment \ Resources \ Is Cycling a Viable Option When You Want to Go Green ?
Environment
0

Is Cycling a Viable Option When You Want to Go Green ?

Pretty much most of the people’s first confidence in riding a vehicle comes from riding a bicycle. It goes for a few years. What happens then? We either loose interest or act according to the trends of our own ages and shift to the time saving motor vehicles. Which is the […]

Pretty much most of the people’s first confidence in riding a vehicle comes from riding a bicycle. It goes for a few years. What happens then? We either loose interest or act according to the trends of our own ages and shift to the time saving motor vehicles. Which is the only pro of motor vehicles. As everyone might argue , Time is the most valuable asset in the Earth. And I might disagree that it is true only for a certain time scale till the world ends. Not being hysterical and all, but the current release rate of carbon in its gaseous state will be having a great role in the temperature and seasonal changes of the not too distant Earth. 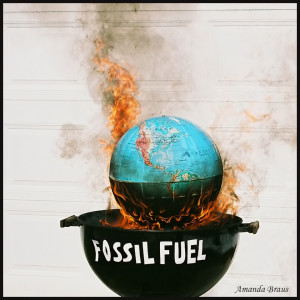 According to “www.firstpost.com/ ” , ‘India and China are among the world’s biggest contributors to fossil fuel emissions with India’s carbon dioxide discharge increasing by a whopping 7.7 percent last year’. The Global Carbon Budget reveals that the biggest contributors to fossil fuel emissions in 2012 were China (27 percent), the United States (14 percent), the European Union (10 percent), and India (6 percent). With the developing countries like India and China have said rich nations should bear most of the burden for warming, as they initiated the problem and their emissions per person are much higher than those of poorer economies. Okay! That’s a valid point, but should we really think this through with a big picture on the scale of nations. Absolutely not. We have to understand at the basic that it is because of  our day to day use like riding motor-bikes and cars the percentage gets increased.

If  you really feel that burning sensation  inside of you to change this fact, no problem, it can still be done. How, you ask? It’s very simple, start asking some pretty basic questions to yourself. I don’t know, like “Is cycling a viable option when you want to go green ?”. Excellent. Now I will give you some facts, benefits, and the long term effects, cycling will have on you and your environment . 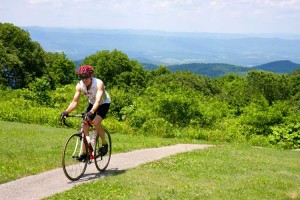 According to National Geographic, “If every person living within 5 miles of work commuted by bicycle just one day a week, it would be like taking  millions of cars off the road entirely”. Now this is for the benefit of the environment. Reduced use of motor vehicles, reduces the carbon footprint by a great deal. It has been estimated that the Annual Carbon dioxide emissions per capita by the Indian people is 1.7 tonnes, which is much lesser than the United States (17.2) and China (7.2)(http://en.wikipedia.org/wiki/List_of_countries_by_carbon_dioxide_emissions_per_capita ). This is mostly because many people living in India have no access to the motor vehicles. But as a whole we do a lot of damage. We are the 2nd largest populated country in the world. Think about it. I am not saying we should not use motor vehicles, What I am saying is we should use cycles more. When I said this to my neighbor, he said bicycles too leaves a carbon footprint, “You know how they make tyres”. And I said “Seriously!!”. So I wanted to show this guy some aggregated facts relating him, his car and his bicycle and so I searched the internet for materials which connects his food with carbon footprint. And I found this.

Different foods have vastly different carbon footprints. Meat production, since it’s farther up the food chain tends to be a lot worse. We’ll take two values – corn and cheeseburgers – as proxies for vegetables and meats in general, just because they happened to be in the first set of responses from google.

0.15 pounds of carbon are released in the growing and transporting of 1 pound of corn.

9.6 pounds of carbon are released in the production of a single cheeseburger.

Cheeseburger: 0.0283 pounds of carbon per calorie

Cheesburger: 0.909 pounds of carbon per mile

1.1 pounds of carbon per mile is released in emissions from a medium sized car.

30% of the overall carbon footprint of a car (amortized over the lifetime of the car) comes from the manufacturing and shipping processes.

Car: 1.4 pounds of carbon per mile

In general the n of 1 bicycle has a better carbon footprint than the n of 1 car. However, the cheeseburger case is within the same order of magnitude as the medium sized car!

Now these are just the top 10 benefits. If you really want to cycle for a cause, do it and spread it. So before boring you, I just want to conclude with a quote by the great author Mark Twain,

“Get a bicycle. You will not regret it, if you live.”