You are here: Home \ DIY Green \ Environment \ Going Green \ Save Earth from the hazards of E-wastes !
DIY Green
0

Save Earth from the hazards of E-wastes !

With the phenomenal advancement in technology and electronics, everybody nowadays owns several electronic appliances and trendy gadgets like the iPhones , iPods etc. People have been so much absorbed in the metro lifestyles, that the number of electronic goods that are stacked in one’s own homes are on the rise and the catch is: Where […]

With the phenomenal advancement in technology and electronics, everybody nowadays owns several electronic appliances and trendy gadgets like the iPhones , iPods etc. People have been so much absorbed in the metro lifestyles, that the number of electronic goods that are stacked in one’s own homes are on the rise and the catch is: Where do we dispose them? Is it really possible? Or do we have to get old with these gadgets?

A deep profound pause where you start introspecting about how much you have spent on these gadgets and there seems no way to get rid of them. When you buy an electrical appliance you do get it for a price. The price is not the one you pay in the store, but the hindrance of disposing it off at the end which indeed is a difficult task and can cause acute damage to the environment you live in. These electronic goods that lie in your home might just be terror in disguise. Yes, it’s true, they are quietly killing the environment and you, with their deadly metals and venomous chemicals that they release or proudly possess. 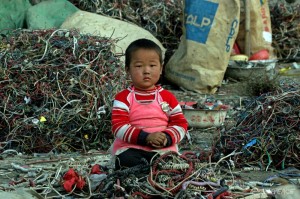 The rapid change of lifestyles results in yet again another era of new gadgets etc. and we rush to the stores to grab the new ones being least oblivious of the fact that we already have several old gadgets at home that need to go away and we don’t know how. This is a continuous process of the increase in the e-wastes which has been a growing concern in every nation today.

The E-waste (electronic-waste) havoc:
For all those who think that e-wastes can be easily recycled, I say you are absolutely wrong! In fact recycling of these e-wastes in recycling plants has even seemed to be fatal for several of the workers there. This is due to the harmful metals and chemicals present in them. It is not the conventional way of recycling that is done for plastics or paper. It is a long process where the renewable parts and non-renewable parts have to be properly segregated. Also, there are heavy metals which need to be sorted out from reusable metals. This requires tedious efforts of many innocent workers and also is a very expensive method. 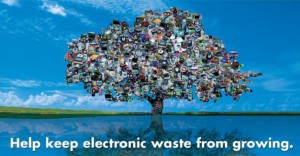 The severe impact of E-wastes on the environment:
The liquid releases that contain several chemicals can be very harmful to the organisms living in water and also can affect the drinking water too. This can further cause deaths in several animals by consumption of these e-wastes.
The cathode ray tubes found in older appliances of desktops and television is disposed in a way by removing the yoke. This has high content of barium and lead which can cause negative impact on the soil ecology and can cause leaching too. The gold plated components that are found on devices can release several hydrocarbons and heavy metals to the water bodies and ground water too. The wires that are found in a computer also have their own share of negative impact. These wires also release several hydrocarbon ashes when properly disposed causing contamination of water and soil.
No matter how much these electronic goods are tried to be disposed correctly, they cannot completely remove the harmful traces which still lurk around the environment and cause extinction of several species of animals and birds.

E-waste management:
The strenuous process of recycling: This is a complete process where sorting, dismantling and segregation are done. Several devices like cell phones and computer parts have substances that are valuable such as gold, lead and copper. Hence, they are separated and can be reused too. The recycling of the printed circuit boards found in electronic appliances are one of the most difficult tasks. It is a complete concoction of several metals like lead, silver, gold, platinum and aluminum etc. These substances are salvaged from the circuit boards by melting them. There is another method which has gained prominence. It is called the cryogenic decomposition methods where the printed circuit boards are recycled by a different process. 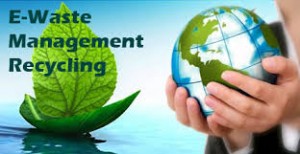 How can you make individual efforts in minimizing the impact of these e-wastes on the environment?

1) When your electronic goods have some fault, it would be a better option to get them rectified instead of buying new ones. There are several technicians and electricians who are skilled in fixing broken appliances and you can fetch them. It is better to have a decent number of appliances at home than making your home a store-room of obsolete appliances and gadgets.

2) Do not dispose off the electronic goods with your other wastes. These wastes need to be separately given either to recycling plants or you can otherwise reuse them or share them among your friends who are in need of old appliances.

3) There is also another alternative of disposing these electronic goods without much of trouble. This is by giving them back to the manufacturer or the place where you bought them. They have a strategized way to recycle these discarded electronics and are skilled at that.

4) When you buy electronics goods, always check for the hazardous substances present in them. The more hazardous contents in it, the more difficulty you will have in deposing it off eventually. Also, choose to buy rechargeable batteries instead of disposable batteries. They apparently have a longer life span. When you are in a real need to buy any electrical appliance, go for the ones that have a longer warranty issued with them so that you don’t have to dispose them off soon. 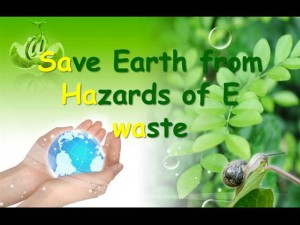 There’s an old saying that goes: one person’s trash is another person’s treasure. It only means that if you have any old goods at home and you wish to dispose them off, you first need to check if others need them for any purpose. You never know, they might turn out to be useful to somebody else. Thus, the hindrance in disposing e-wastes can be at least put-off by sometime. We all know that this problem cannot be entirely eliminated. But, at least we can have a little hope at the back of our head that we can help save the environment until just maybe tomorrow…